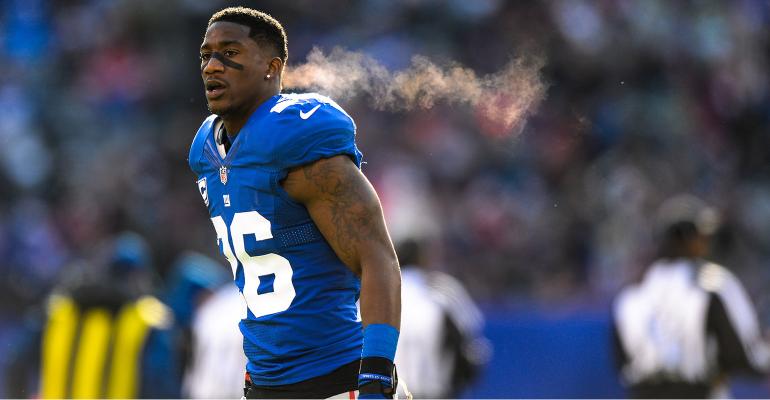 Former NFL safety Antrel Rolle helped the Internal Revenue Service catch and arrest his former tax attorney, according to Bleacher Report and TMZ Sports. Rolle, who played for the Arizona Cardinals, New York Giants and Chicago Bears during his 11-year career, was allegedly defrauded of at least $1.2 million by attorney Hiram Martin. Martin is accused of filing false tax documents on Rolle's behalf in order to collect refunds, collecting more than $1.2 million between 2005 and 2006 and keeping more than $600,000 for himself. In addition, Harold Sterling, who worked at Martin’s law firm, drafted a letter to Martin stating Rolle gave $2.5 million in charitable donations to the chapel where Sterling was president. The tax fraud was used to create large refunds that were deposited in Martin’s account. Rolle first caught wind of the fraud when the IRS sent him a $2.2 million bill for unpaid taxes in January 2010. Martin, who was fired by Rolle, faces up to 18 years in prison if found guilty. More than a quarter of Americans say their biggest financial fear is an unplanned financial emergency, according to a recent survey by personal finance site WalletHub. That beat out job loss (20 percent), fraud (11 percent) and poor credit (7 percent). Part of the reason why a financial emergency is so worrisome is because low interest rates and stagnant wages haven’t helped Americans save. As a result, a recent Harris Poll found that 49 percent of millennials and 34 percent of older adults have insufficient funds to cover a $500 emergency, MarketWatch reports. Franklin Templeton has promoted Kevin Murphy to the newly created role of national retirement plan strategist, where he will be responsible for managing and growing the firm’s mid-market defined contribution advisory home office relationships. He’ll also be responsible for the overall segment strategy and implementation, and the firm’s health savings account initiative. Murphy previously served as a senior retirement plan strategist. He will report to Yaqub Ahmed, who said that Murphy’s new role will help improve participants’ retirement outcomes by partnering Franklin Templeton with plan sponsors, providers and advisors.