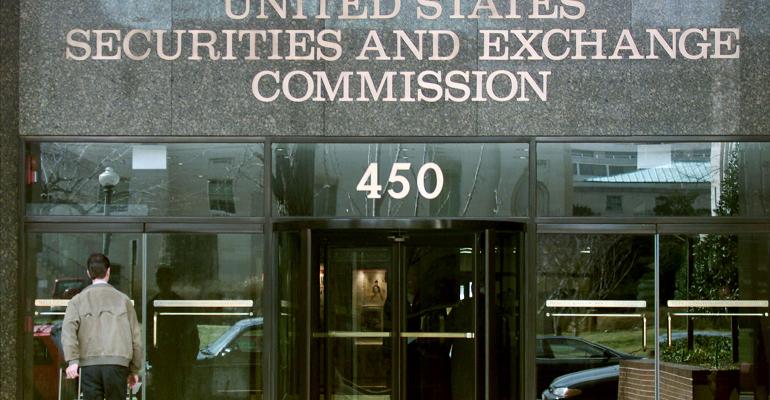 President-elect Trump’s choice for SEC chair, Jay Clayton, has spoken very little on the record about the investment advisory industry he likely will soon oversee. Some observers say the change could be a welcome opportunity to reset the agency's priorities.

As a lawyer involved primarily in public and private mergers and acquisitions transactions and capital markets offerings, Jay Clayton, Donald Trump’s pick for Securities and Exchange Commission chair, has not been vocal about the top issues facing the advisor industry. As yet, it's unclear what his views are regarding the fiduciary standard or third-party examinations, for instance. There is little to indicate he has, as of yet, any informed opinion on the rules governing the industry. In light of that, some observers believe it may be an opportunity to look afresh at existing regulations and reset the agency's priorities.

“There’s an opportunity for the investment advisory profession to step up to the plate,” said David Tittsworth, counsel at Ropes & Gray and former president of the Investment Adviser Association. “Most people who have been following this stuff for the last 20 years ... would agree that there’s been an explosion in legal, regulatory and compliance obligations for investment advisors. Why not take a step back and ask ourselves serious questions about all these regulations that are already on the books, much less looking at all these other issues that are still unresolved?”

“I would like to see the SEC and other agencies look at what’s on the books and try to figure out whether the regulations are working as intended, whether there’s a cumulative cost to having regulation after regulation,” Tittsworth said. “I don’t think that has to be a partisan issue.”

During its annual press briefing last month, Securities Industry and Financial Markets Association President and CEO Kenneth Bentsen had a similar train of thought. He called for the new administration to review the regulatory framework for financial services, something Europe did last year when it launched a call for evidence. The president-elect announced his nomination of Clayton, a partner at law firm Sullivan & Cromwell with close ties to Goldman Sachs, Wednesday. If confirmed, Clayton would replace Mary Jo White, who said she would resign when President Barack Obama leaves office.

Trump has said he intends to pull back certain unnecessary regulations.

“We need to undo many regulations which have stifled investment in American businesses, and restore oversight of the financial industry in a way that does not harm American workers,” he said, in a statement announcing Clayton’s nomination.

The Investment Adviser Association also believes there are certain areas where review is long overdue.

“Any new chair that comes in is able to set or re-set, if you will, the agenda,” said Karen Barr, president and CEO of the Investment Adviser Association. “We do think that there’s opportunity here for a retrospective review of the rules that have already been adopted and in place to determine whether they are working as well as intended, whether they’re achieving their goals, whether there is a way of accomplishing some of the Commission’s same objectives but in a more cost-effective way for investment advisors.”

For example, the SEC’s advertising rule has not been examined for effectiveness since 1960, Barr said. The books and records rule still refers to microfiche, and the custody rule is too complex, she said.

In addition to the new SEC chair, the Trump administration also has the opportunity to appoint two new commissioners. Barr believes there won’t be much change in regulations until the new commissioners get on board and get up to speed on the issues.

“I anticipate that the next six months or so will be a quieter period than we’ve seen over the last several years,” she said.