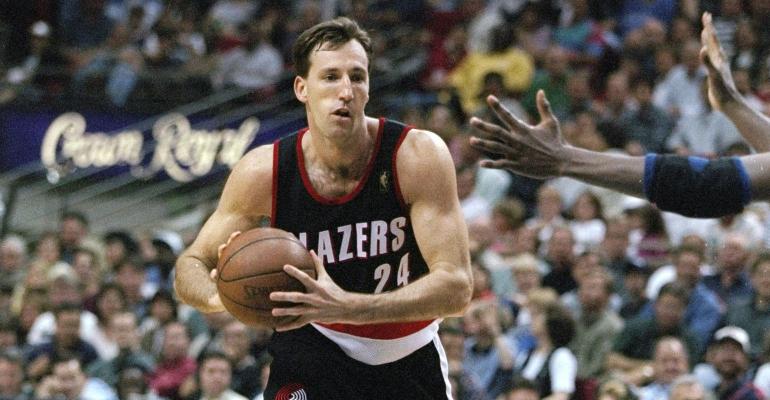 From the NBA to CFP

Chris Dudley’s experience as a professional athlete grants him a unique perspective on the issues facing high-profile individuals.

Advisory firms that have a single, “superstar” advisor managing all aspects of a client’s financial life are fewer and farther between.

Servicing high net worth clients is increasingly a team sport and a variety of professionals have important roles to play. Few appreciate the value of good team players more than Chris Dudley, who spent 16 years as one in the NBA before launching a second career as a financial advisor. He’s currently a senior wealth advisor and director of sports and entertainment in the Beverly Hills office of Boston Private Wealth, a firm with $7.1 billion in assets under management, and specializes in working with professional athletes, entertainers and high-net-worth clients.

“The financial team is especially important,” Dudley maintains. He believes that giving high-net-worth clients the quality of service that they demand requires recognition of your firm’s limits. “We take the philosophy that we oversee everything, but we can’t do everything. We help clients find the right advisors and make sure the team stays coordinated.”

Many of Dudley’s clients come to him with parts of a team already in place — most often accountants and lawyers. But he notes that certain less-commonly considered professionals, such insurance brokers, can be equally important, particularly when working with high-profile clients.

“It’s key to work with brokers who are familiar with athletes and entertainers because insurance firms all look at insuring high-profile clients differently. Some insurance companies are more comfortable with it than others.” he says. Because the amount of publically accessible information about such clients is so much greater than most applicants, insurance companies can be far more thorough in their investigations and it can be difficult to secure good rates.

“Insurance companies will Google your client and look into his background,” Dudley says. “They’ll look into social media and everything else to get a feel for the type of lifestyle somebody’s leading. If he’s out every night misbehaving, they’ll know, and the rates will reflect it.” The average client doesn’t have to worry about this level of scrutiny.

Though his experience as a professional athlete grants him a unique perspective on the issues facing high-profile individuals, Dudley’s passion for the financial world existed long before he was drafted by the Cleveland Cavaliers in 1987. He studied economics and political science at Yale University.

“I was thinking about going into finance whenever my career ended from the start,” Dudley notes. However, he’s not embarrassed to admit that despite this clarity of purpose, “I wasn’t always sure what exactly that meant.”

He credits David Swensen, Yale’s chief investment officer, whom he characterizes as “the Warren Buffett of the institutional world,” for offering him both guidance and inspiration during his career transition.

“When I first retired, I was looking to see if there was a way to set up a method by which individual investors (alumni) could get a piece of the Yale endowment. That’s when I started speaking with David,” Dudley explains. “I admire him both for his investment acumen and ethics, as well as the way he approaches things.”

Those shared ethics are one of the major reasons he prioritized getting his CFP before he started his new career.

“I thought it was important to have that experience and only jumped into [advising] after I got that done,” he says.

Indeed, the CFP represented an integral outward validation of his ability and trustworthiness that he feels is sorely lacking in the financial world.

“Doctors go to medical school, lawyers go to law school, but so often in the financial world the requirements don’t quite measure up. The guys who are successful are too often the sort who can sell snow to Eskimos. They aren’t always the best practitioners with the best background for what they’re selling and I think that’s a big problem in our world,” Dudley says.

His experiences in the NBA only reinforced his feelings that advisors need to do more, particularly for high-profile clients, whom he believes are particularly vulnerable.

“Near the end of my career (in the early 2000s), I would talk to guys who had advisors in place, and they would tell me, ‘I’ve got five accounts; I’m real diversified,’ and then you’d find out all the accounts owned the same exact things because they got beat up in the dot com crash. I saw a real need for a more holistic approach and taking time to find out what people really needed,” he says.

Many professional athletes tend to go broke, but Dudley believes it has nothing to do with race or background. “At age 22, you’re just too young. Even if you did have a great background, it’s tough to manage so much money at that age.”

“I came out of the Ivy League, so in theory, everyone thought I knew a bunch. I remember my rookie year was the stock market crash in ’87 and people were asking me what caused it. I had no idea. There are plenty of educated white guys that go broke too.”

Professional athletes face a particularly unique set of financial circumstances to which advisors need to be sensitive. “There’s nobody else who makes 95 percent of their life’s money by the time they’re 30,” he explains. “And if you blow it during your 20s, you likely can’t recover, and that’s what makes [planning for athletes and celebrities] so unique and so difficult.”