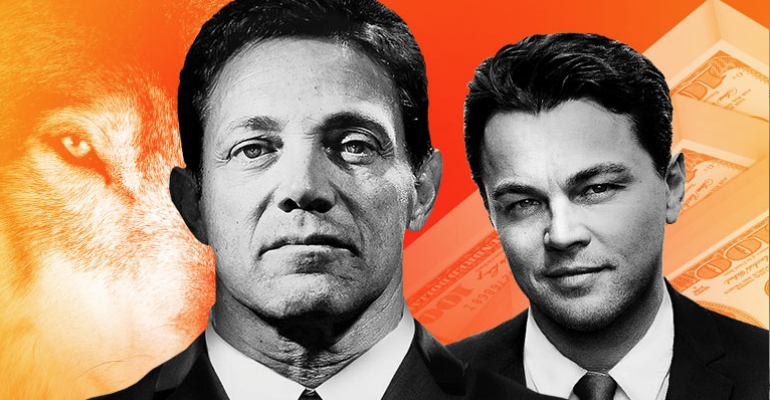 Mastering Your Tones with Jordan Belfort

The original Wolf of Wall Street has identified the 10 tones that will turn average salesmen into “world-class closers.”

Last Thursday morning, Jordan Belfort, the original Wolf of Wall Street, stepped out onto the ballroom stage at the Marriott Marquis in Times Square. Belfort was a half an hour late, but he tells the 1,000 people in the audience that he had his reasons.

He’s wearing jeans and an untucked, blue button-down shirt. Just as he begins speaking, he walks off the stage and out into the audience, putting himself on their level, getting close and personal. He’s got some news to share. Belfort, it turns out, has had some recent health scares. About 10 days ago, he woke up and couldn’t move parts of his face. Later it was diagnosed as Bell’s Palsy, a result of damage to the facial nerves.

“I call the doctor; they put me on massive doses of corticosteroids, Prednizone,” he says. “They don’t even know what caused it.”

Then, just as he started feeling better, he lost his voice, three days before his scheduled appearance here. The corticosteroids gave him oral thrush. “My entire vocal chords are covered in f---ing yeast,” he tells the audience.

A few more prescription drugs later, he says, his voice has returned to normal, just in time to come here to the sales event sponsored by Synergy Global Forum, a business conference company, where he is scheduled to teach the “Straight Line System,” his own proprietary sales technique that he’s bringing to sales organizations all around the world, he says. 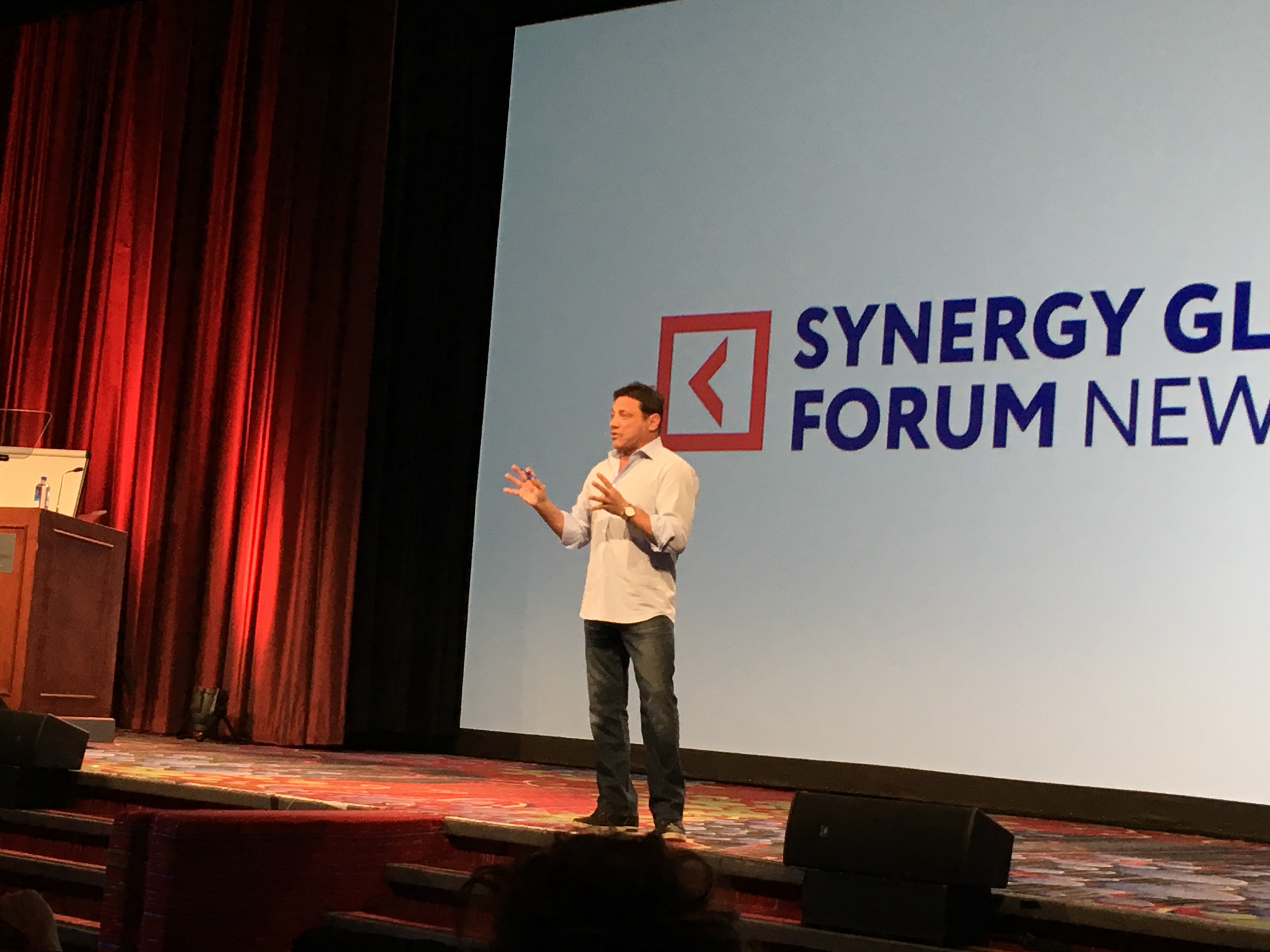 The audience is hooked on every word. It’s his skill to engage a crowd like this, with a combination of humanizing personal anecdotes and grandiose-sounding insights that helped Belfort gross millions of dollars in a drug-fueled brokerage career that went from slinging penny stocks out of Long Island boiler rooms to being a true Wall Street “player,” complete with an SEC investigation and criminal indictments.

He eventually served 22 months in prison and spent one month in rehab. The stock swindler’s tell-all autobiography The Wolf of Wall Street was made into a major motion picture, starring Leonardo DiCaprio, in 2013.

Those days are long behind him, he says. Today, an older, wiser Belfort finds a universal life lesson underneath the trauma of his recent facial paralysis, and he shares it with the audience: He recalls his wife saying, “‘I’ve never been prouder of you to watch the way you reacted. When s--- hit the fan, not even for one second did you waver.’”

“That’s the moment in time when many people will start telling themselves a story; they’ll start saying why they can’t get what they want in life,” he said. “At the end of the day, it’s that bulls--- story they tell themselves that stops them from getting what they want.”

The audience is a mix of men—and it appears to be exclusively men—wearing suits with slicked-back hair, who looked like they had just come back from the Caribbean, and younger men sporting hoodies, sneakers and beards. (One gentleman in the elevator said, at around 9 a.m., that he’s usually just going to bed at this time.)

Throughout his profanity-laced presentation, Belfort outlined the secrets of his success. He has identified, he says, 10 “tonalities,” meaning variations in the way people say what they’re saying. It is in mastering these tonalities that separate winning salespeople from the average.

He showed a clip from the movie, directed by Martin Scorsese, to illustrate his effective use of a particular tone—the scene where Belfort sells his first penny stock, Aerotyne. “I trained Leo (DiCaprio) in the use of tonality.”

After outlining all 10 tonalities, he attempted to play the clip again. His intention was to go through the scene frame by frame, with an accompanying explanation into just how the tonalities worked. But the video technicians couldn’t rewind it properly, giving way to an awkward moment as Belfort and the audience waited on a technical malfunction. Belfort wasn’t pleased. He said he would just move on and come back to the video after a networking break. And that’s what he did. Frame by frame, every vocal nuance of Belfort’s, as channeled by Leo DiCaprio, analyzed and used to illustrate how anyone could sell like he could if only they mastered their tones.

He’s not shy about the movie. At one point, a man in the audience asked a question about applying Belfort’s formula to a sales cycle that lasts longer than a phone call. Turns out, that man was one of Belfort's old broker colleagues, who was portrayed in a memorable scene.

It's unclear if that revelation helped the audience hone their sales technique. But at the very least, they were paying close attention.