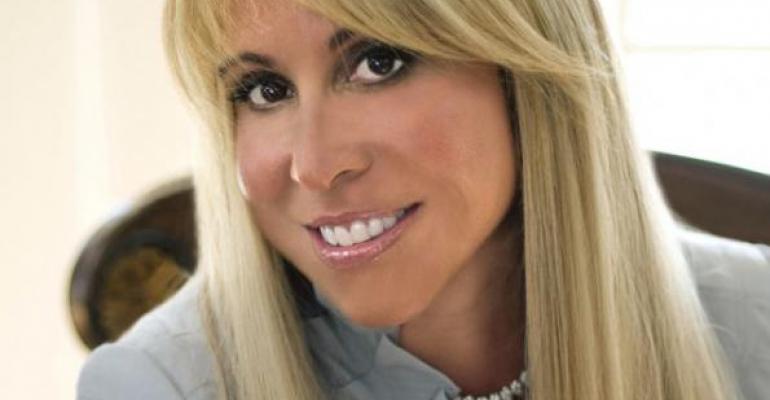 (Bloomberg) -- Lynn Tilton has invited me to her lawyer’s office to explain why she’s not the fraud the U.S. Securities & Exchange Commission claims she is. While she’s at it, the distressed debt mogul elaborates on her latest lawsuit contending the regulator operates unconstitutionally.

“I just want the truth,” says Tilton. “All I’ve ever wanted was a fair forum.”

Some background is in order. In 2015, the SEC filed an administrative complaint against Tilton, the founder of Patriarch Partners, accusing her of misleading investors about the value of risky pools of corporate loans. The agency says Tilton overcharged investors some $200 million on fees she collected on $2.5 billion of collateralized loan obligations. She created them to help fund her various businesses, many of which she acquired when they were close to collapse.

Tilton, 57, calls the SEC allegations hooey. Her investors, she adds, were highly sophisticated and knew exactly what they were getting into. “How could I have misled investors when everything was fully disclosed?” she asks. “They bought into my talent in distressed investing and ownership of companies.”

If she loses, Tilton could be ordered to disgorge $200 million. She could also be barred from the securities industry. That would be quite a comedown for a woman who, according to a July 2015 profile in Bloomberg Businessweek, “pioneered a form of financial engineering that allowed her to bundle loans to deeply troubled companies and turn them into securities, get them investment-grade ratings, and then sell them to investors. Using this method, she built Patriarch into a colossus that manages billions of dollars in loan investments.” She also currently owns 65 operating companies, she tells me, with a total of approximately 100,000 employees.

Fueling Tilton’s indignation is the nature of the SEC enforcement process. Rather than taking her to federal court, the agency is employing an in-house procedure before an administrative law judge who’s actually an SEC employee. (The 2010 Dodd-Frank Wall Street reform law made it easier for the SEC to impose monetary penalties via the in-house route.) After the agency came after her, Tilton sued (as have others) over its use of what she called “stacked-deck” proceedings. On June 1, the federal appeals court in New York rejected her suit, saying that Tilton could object to the regulator’s methods only after going through the process and being found liable.

Undeterred, Tilton on Sept. 9 sued the SEC again on slightly different constitutional grounds. This time, she’s objecting to the government-friendly procedures the agency uses. These she argues afford administrative-action defendants fewer protections than are available to defendants in lawsuits filed in federal court. Examples she cited in court papers include tight trial deadlines, regardless of the complexity of a case, and a narrow view of the government’s obligation to turn over exculpatory material to the defendant.

Given the failure of Tilton’s first suit against the SEC, odds are that her second one won’t fare much better. Certainly, she’s not going to have any luck stopping the agency proceeding against her before it begins on Oct. 24 in New York.

One could even speculate that she’s antagonizing those SEC commissioners and senior staff members who decided to go after her in the first place. But none of that seems to bother Tilton. “This is a story where so many lives have been touched,” she says of her career, which she frames as a mission to save American jobs from migrating overseas or disappearing altogether. “I resent being called a Wall Street fee-taker when I truly think I'm a Main Street job creator.”

Tilton may resent it, but Wall Street fee-taker is probably a lot better than what the SEC will call her in a few weeks.