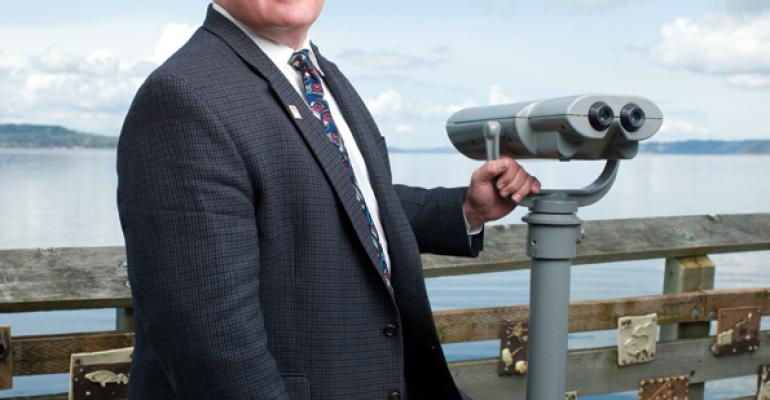 Dan Altmayer not only helped raise the money to build the Highline Community College Marine Science and Technology Center (MaST), he collected some of the exhibited creatures himself, directly from the briny deep.

An avid scuba diver since college, Altmayer and his wife (also an Edward Jones advisor) have dived in exotic ports all around the world—sometimes on earned trips from Edward Jones. But it’s in the cooler waters around the center, perched over the southeastern corner of Puget Sound, where he helps collect the various eels, crabs, octopi and other critters that are displayed and studied by the center’s students and scientists.

Altmayer was originally appointed to the board of Highline Community College to help raise money for scholarships; it’s one of the most diverse colleges in Washington, and many students come from poorer surrounding neighborhoods. But when the school hatched the plan to rebuild and expand their ocean science center nearby—a rare saltwater access point to the sound for an educational institution—Altmayer helped guide the efforts.

It cost $2.5 million to build, $500,000 of which came from the state. Altmayer led the fundraising and through personal efforts (and his own financial contributions) brought in $650,000. “I made asks of many people. I talked to my clients. I had a PowerPoint presentation on my computer in the office. I was
absolutely shameless.”

Forging deep links to the community is a guiding principle for Altmayer’s vision of the center, which opened in 2008. Some 15,000 people have visited during weekly public openings. Backed by KeyBank, the center runs summer programs in marine science for students from kindergarten to high school. A business partnership with a nearby seafood restaurant to cater private parties and events will help raise additional revenue.

Those close ties came in handy in the spring of 2010 when the carcass of a gray whale washed up on nearby Arroyo Beach. The National Oceanic and Atmospheric Administration, which grants permission to possess federally protected whales, offered it to the center—if they could help remove it. With the help of volunteers, scientists towed the 40,000-pound whale away from the beach, chopped it up and buried it to let it decompose for a year. MaST is now one of the few schools to have on display a fully intact whale skeleton. “It’s a highlight.