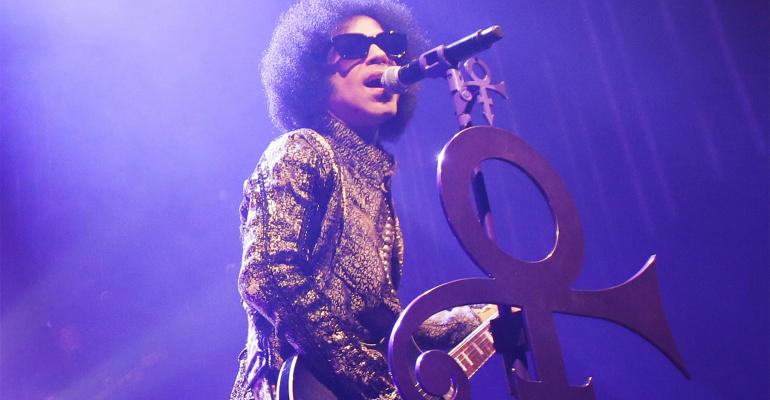 Lack of Will Makes Prince an Enigma in Death, Too

It’s looking increasingly likely that recently deceased music icon Prince died without a will or other testamentary documents in place.

According to CNN, the artist’s sister, Tyka Nelson, his sole full sibling, filed on Tuesday to open a probate case in Carver County, Minn. (the county in which Prince’s Paisley Park home is located) and to request that a special administrator be assigned to the case. She notes in the documents, “I do not know of the existence of a will and have no reason to believe that the Decedent executed testamentary documents in any form.” The documents also list Prince’s five half-siblings as heirs in addition to Tyka.

If this is indeed the case then, since Prince was unmarried and left no living children, under Minnesota intestacy laws, his siblings would inherit his reportedly $300 million estate, a number that’s sure to grow given the drastic increase in interest in his catalog since his death. (We saw a similar phenomenon with Michael Jackson’s estate.) They would also likely be looking down the barrel of a fairly hefty estate tax bill if no other estate planning is in place. Though, given Prince’s devout Jehovah’s Witness faith, some form of formal post-mortem gift to the church (which could help defray some of the potential estate tax bill) seems fairly likely.

Questions also still abound about the reputed treasure trove of unreleased material sequestered in Prince’s mythical vault. If the rumors are true, then we’re faced with the rare case of heirs potentially being able to profit from the release of multiple full albums of entirely new music after an artist’s death—and the likelihood of a large court battle over what Prince would and would not have wanted released to the public.

However, since the main source reporting the non-existence of a will is one of his siblings, aka those who have the most to gain from an intestacy situation, we should probably wait until Prince’s own legal team weighs in before accepting Tyka’s claims as gospel.

That being said, her claims aren’t necessarily outlandish. In an interview with Showbiz411, Prince’s former attorney and longtime friend Londell McMillan revealed that he’d never drafted a will for Prince, that it was unlikely another attorney had either, and expressed his own doubts about the musician’s estate plan, stating, “He thought he’d live until he was one thousand nine hundred and ninety-nine years old,” before adding, “He didn’t think he would die. He couldn’t face it.”

Prince was an enigma in life, and it looks like that fact won’t change simply because he’s dead. This is shaping up to be one of the more interesting celebrity estates of the past several years, and certainly something advisors should keep an eye on.