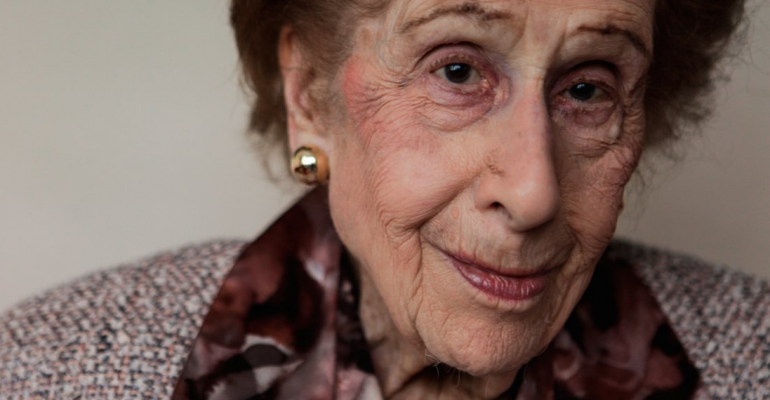 (Bloomberg) -- Irene Bergman, a Stralem & Co. financial adviser and the longest-working woman on Wall Street who began her career in 1942 after arriving as a refugee from Europe, has died. She was 101.

She died Thursday at her home in Manhattan, according to Hirschel B. Abelson, chairman of Stralem, a New York-based asset management firm.

As a senior vice president, Bergman helped oversee about $1 billion and managed accounts for U.S. and international clients. She joined the company in 1973 from Loeb, Rhoades & Co., where she worked six years as an investment manager in the international department. She previously spent a decade as an assistant manager in Hallgarten & Co.’s foreign department, working on merger arbitrages and writing a weekly market letter.

Bergman began her career as a secretary to a banker shortly after arriving in New York from a war-torn Europe. Her starting pay was $35 a week. “In 1942, that was a fortune,” she said in a biography on Stralem’s website.

“I had never seen the inside of an office,” Bergman said. “Everything I know about investments, I learned there.”

Bergman’s career was a realization of aspirations she had as a teenager in Germany. She grew up amid luxury, the daughter of a prominent private banker who worked on the Berlin Stock Exchange. Her dream, she wrote in an essay at the time, was to become the first woman banker at the exchange.

The rise of the Nazis put an end to that. Her Jewish family first fled to the Netherlands, then Portugal and, finally, to the U.S., sponsored by a family friend in New York. There, Bergman worked hard to fulfill her career ambition.

“Women on Wall Street were not very popular,” she told Bloomberg in 2015. It wasn’t until she joined Stralem that she was treated as an equal, she said.

The skills she brought to the firm included fluency in German and Dutch. Bergman stopped going to the office in December 2014 and worked from home until her death.

“She was not only our vice president, she was an important mentor and a verygood friend,” Abelson said in a telephone interview.

Irene Bergman was born Aug. 2, 1915, in Berlin, to Paul Bergman and the former Charlotte Joseph, according to a friend, Beatrice Treat. The family lived in Charlottenburg, a luxurious part of Berlin and still home to one of Germany’s largest palaces.

She graduated from high school in 1934. Two years later, the family moved to Holland. Bergman spent her time in the Netherlands competing in dressage shows. Horses remained a passion and she rode until age 80.

The German invasion of the Netherlands in 1940 forced the family to flee again, ultimately to New York. Bergman’s grandmother, who remained behind, was sent to the Auschwitz concentration camp and never seen again by the family.

Bergman learned about finance and investing on the job. It took her a decade to recover her family’s wealth, which had been frozen by Dutch and U.S. authorities.

In 2015, she told Bloomberg that the stock market was overvalued. “The longer you’re in the business, the more pessimistic you get,” she said. Still, “I’m able to get bullish, because when I look at a stock, I can imagine where it was 40 years ago.”