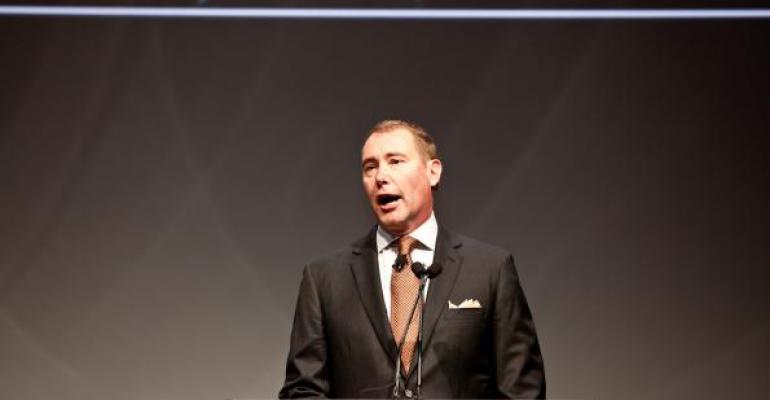 Assets under management at the fund have declined 13 percent from their peak last September.

Assets under management at the fund have declined 13 percent from their peak last September to $53.6 billion as of July 31, the Journal reported. While performance has been “solid,” according to the story, “some investors say they are leaving because the fund has cooled from its previously white-hot pace.”

DoubleLine Capital engaged in an unusual campaign against the Journal story as it was being reported, attacking the journalists involved this month on Twitter and in emails to rival news organizations. The Los Angeles firm, which Gundlach started in 2009, oversees about $111 billion in mostly fixed-income assets.

Some DoubleLine employees said they were warned late last year and earlier this year that bonuses may drop in 2017, according to the newspaper. The firm said the guidance was intended to create a “pragmatic assessment” for the year following a robust 2016, according to the story. The Journal quoted current and former investors who cited concerns about Gundlach’s provocative personality.

The firm said it isn’t troubled by outflows or the performance of the fund, which is nearly $45 billion larger than DoubleLine’s next-biggest fund, according to the Journal. So far this month, DoubleLine said, inflows in the bigger fund are net $230 million.

In a Bloomberg interview on Aug. 7, Gundlach said he believes there’s a limit to how much DoubleLine can manage well, saying the firm may stop marketing altogether once assets reach $150 billion.