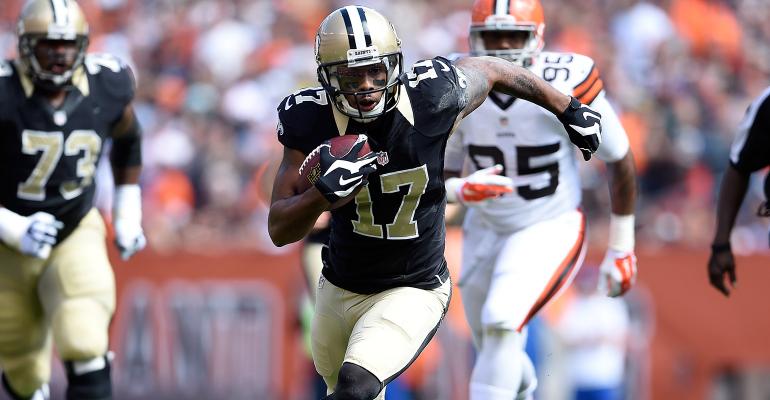 A Houston woman has been arrested and charged with stealing more than $1 million from former New Orleans Saints wide receiver, Robert Meachem. Tonya Lynn Adkism, 44, is facing 15 counts, including mail, bank and wire fraud and aggravated identity theft, the Houston Chronicle reports. According to court documents, Meachem hired Adkism in June 2010 as his financial advisor. She fraudulently obtained signatory authority over Meachem’s corporate accounts and forged his signatures on checks linked to his personal accounts, records show. Adkism faces up to 300 years in prison if convicted on all counts.

If your clients are having a hard time hitting their savings goals, maybe a change of scenery is in order, writes J.D. Roth. With housing representing the biggest drain on Americans’ budgets, moving to a new neighborhood, city or state can mean a new (lower) cost of living and a fresh start at meeting financial goals. In 2016, just 10 percent of Americans moved, compared to around 20 percent in the 1940s, according to NPR. And those not willing to move may be passing up great opportunities. Moving to a city with a lower cost of living can make a big difference in financial freedom, said Roth, noting that coastal cities tend to be more expensive than smaller towns in the center of the country. With some cities now paying people to move, it could be the ideal time to seek out greener pastures. Jodi Perry was promoted to a new position: National Director of the Independent Contractors Division at Raymond James, the independent broker/dealer said Wednesday. Perry was previously the director of the firm’s Southeast region but will now oversee all the regions in the United States.S. Before her new position was created, Perry and all other regional directors reported directly to Scott Curtis, the president of Raymond James Financial Services, the firm’s business that supports 4,200 independent financial advisors in the U.S.