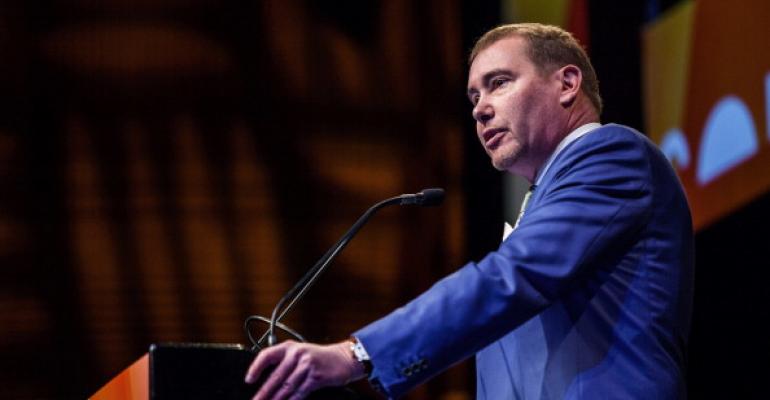 There are no signs of recession in the next six-to-12 months, DoubleLine's Jeffrey Gundlach says.

“It looks like Janet Yellen is going to end up with a pretty good legacy,” Gundlach, chief investment officer of DoubleLine Capital, said during a webcast Tuesday for his Total Return Bond Fund. “So far nothing has blown up. So far so good.”

U.S. and global growth, stock markets and other economic indicators are chugging along with no signs of recession in the next six to 12 months, Gundlach said.

Yellen’s designated successor, Jerome Powell, may face a challenge getting members of the Fed to agree on a path for the future rate hike outlook, according to Gundlach.

“I think Mr. Powell is going to find that attaining consensus among the Ph.D. economists is not going to be easy,” Gundlach said.

On other topics, Gundlach said: