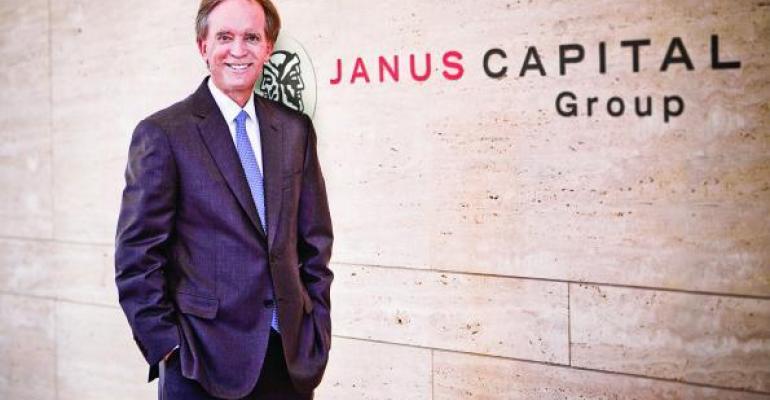 Gross to Rattle Another Market as Bond Guru Auctions His Stamps

What happens when $42.2 million worth of rarities return to flood the zone?

By Katya Kazakina and John Gittelsohn

(Bloomberg Businessweek) --Bill Gross gained fame as the bond king. Now he rules the market for collectible stamps. His $42 million collection of U.S. postage is so comprehensive that when the first part of it comes up for auction in September, the entire field of philately will feel the effect.

“There’s never been a collection in private hands of U.S. material like the one Bill Gross put together,” says Cheryl Ganz, curator emerita of the Smithsonian National Postal Museum in Washington, which got more than $10 million from Gross’s family to build the William H. Gross Stamp Gallery, the world’s largest gallery dedicated to postage. “He went for the best of the best in every case.”

Collecting stamps is a hobby that has cooled in popularity in recent decades—and part of the problem is that so many of the most sought-after specimens are in museums or major private collections. This is particularly true of U.S. stamps, once among the most desirable segments. Gross has amassed so many of the best examples that he’s effectively cornered the market.

“This is a significant moment in the stamp market,” says Charles Shreve, the billionaire’s longtime adviser. “Once a generation a great collection comes up for sale, and it gives new collectors a chance to buy something special. It opens up the material.”

The group will be offered by Robert A. Siegel Auction Galleries Inc. in New York at a series of special sales over the next two to three years, according to the auction house. The first will feature 150 lots; the tally is expected to surpass $10 million. All proceeds from the auctions will go to charities, Gross said in an email.

Gross has the most complete collection of stamps issued by the U.S. Postal Service, with individual stamps, blocks of them, and stamped envelopes. One album has hundreds of examples from the first U.S. federal postage issue in 1847.

“I have had the privilege and enjoyment of acquiring many of America’s most iconic stamp rarities over the past 25 years or so,” the billionaire bond manager said in a statement. “During that time, I have always thought I was a temporary curator of these treasures and that one day, others should have the opportunity, honor, and responsibility of becoming the new collectors.”

His collection was valued at $42.2 million, according to court papers filed in October as part of a divorce settlement between him and his wife, Sue Gross. After the couple divided their assets, including multiple homes and artwork, he retained a personal net worth estimated by Bloomberg at $1.6 billion.

Gross built his fortune as co-founder and chief investment officer of Pacific Investment Management Co., where he pioneered active bond strategies. When he faced an ouster in 2014 amid a dispute with other executives, he jumped to Janus, where he manages the $2.2 billion Janus Henderson Global Unconstrained Bond Fund.

He amassed the core of his U.S. collection in 1993, when an important trove of U.S. stamps owned by Japanese bank chairman Ryohei Ishikawa came up for auction. Gross bought more than $2 million of stamps at the event. Over the years, he’s pounced on every important collection that came to the market. “Just like the 1993 auction brought out Bill,” Shreve says, “Bill’s collection will draw out other collectors.” Clockwise from top left in the photo above: