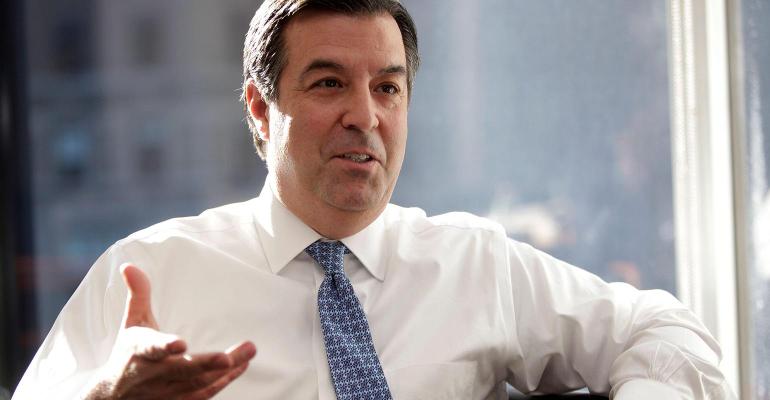 Quental was the former CEO of J.P. Morgan Securities; his death comes just weeks after his tech startup announced an initial seed round of funding from a long roster of well-known RIA leaders.

Gregory Quental, co-founder, president and chief compliance officer at Bento Engine, a predictive client-communications technology platform for financial advisors, died suddenly this past Saturday in Connecticut of natural causes, the company confirmed. He was 62.

"As his partners at Bento Engine, we were fortunate to work very closely with him on a daily basis over the past 18 months, inspired by his clear strategic vision, leadership, expertise and operational prowess. We celebrate his life and the many contributions he made during his illustrious career, spanning financial services firms and entrepreneurial start-ups alike," Philipp Hecker, CEO of Bento Engine, said in a statement.

Quental had a long career in financial services. Prior to Bento Engine, he was the co-founder and CEO of Personal Equity. He spent 15 years at J.P Morgan in New York, rising to become CEO of J.P. Morgan Securities, the firm’s retail brokerage unit. He grew the ranks of the bank-based advisors for HNW clients, luring brokers from large Wall Street rivals by pitching J.P. Morgan Securities as a "boutique plugged into a massive financial institution," according to Reuters. He joined that firm via Bear Stearns, which was acquired by J.P. Morgan in 2008. He graduated with a degree in economics from Providence College.

He helped launch Bento Engine in 2021 along with Hecker and Diego Galan, former Raymond James head of strategy, and Jeffrey Wald, a fintech entrepreneur. The technology is meant to provide advisors with proactive suggestions on client communications, along with specific pre-approved content tailored to their particular situation.

"I had the great fortune of working closely with Greg for the past 10 years, first as colleagues at J.P. Morgan, then as co-founders at Bento Engine," Hecker said. "Greg was the ultimate professional, he shaped so many important decisions aided by his expertise and wisdom. And he was able to truly connect with and touch not only the minds, but also the hearts of colleagues across functions and hierarchy levels, in organizations both large and small. That human impact is what I admire and will miss the most about him."

While various CRM and marketing providers to advisors have attempted to generate predictive, next-best-action advice to advisors over the past decade, most have met with limited success.

"My team and I talked to Greg everyday over the past year while building and executing against the Bento marketing plan and two things stood out to me," Waltrich said. "The first being that we laughed a lot. You could tell that Greg was very much enjoying what he was doing. And the second was that even though startups are stressful and both our meeting agendas and to do lists were intense, he always started our calls by asking about my kids and genuinely wanted to hear the answer. We are so sad but plan to make sure we bring his ideas to life as he envisioned."

“One of the reasons why I invested is the quality of the team and the people, and he was a key component of that,” Friedman said. “He was incredibly thoughtful, intelligent and obviously experienced. I was really looking forward honestly to getting to know him better and working with him. I’m just incredibly sad, and heartbroken for the group and his family.”

“I think it would be crazy to say Greg didn’t have a material influence and impact on the business,” Friedman added. “With that said, I think the team is pretty deep. I think the vision and the roadmap and where they’re going is in place, so I think it’s just up to the rest to carry the mantle.”

“Greg was an amazing individual and inspiration to many," Fritz said. "He cared deeply for this industry and the people that drove it forward. Greg’s career and personality should be an example of every young executive coming up in the industry. I am deeply saddened by this news and will miss him as a partner and friend."