Ross, 48, joins the New York division from her current role as head of the Mid-Atlantic region, where she has overseen offices in Philadelphia and Washington since 2011. It will be a homecoming of sorts for Ross, who started with Goldman in 1998 and worked as a wealth adviser in the New York office for 13 years.

She succeeds Gary Giglio, 53, who’s stepping down July 1, the company said Tuesday. Giglio, a 26-year veteran of the firm, has led the New York division since 2007. He’s leaving to focus on charitable causes, including LGBTQ and veterans’ issues, the bank said.

Goldman has more than $500 billion in assets under supervision. Chief Executive Officer David Solomon has sought to boost the share of revenue coming from wealth management as he tries to diversify away from trading.

Ross becomes one of the bank’s highest-profile black female executives at a time when racial injustice is taking center stage in the national conversation. The U.S. has been roiled by a week of protests following the death of George Floyd while in police custody in Minneapolis. 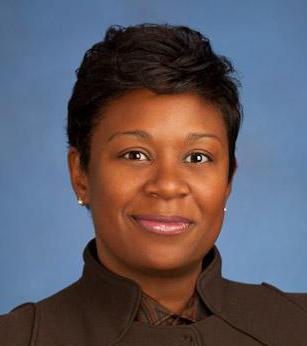 In two decades of wealth advising, Ross said she’s seen shifts in the diversity of clientele, which has traditionally been older, white and male. Women entrepreneurs are more common, she said, as are multigenerational families making joint decisions and nonprofits serving diverse communities.

Ross also heads a Goldman initiative to handle wealth management for athletes and entertainers. While the services offered are more specialized, she said their needs don’t differ dramatically from traditional private-banking clients.

“Most of the issues are the same,” she said. “They’re entrepreneurs and they’re similar to our entrepreneurial clients who’ve spent their life crafting their skill.”

Given their name recognition, more emphasis is placed on risk management and fraud prevention, she said. The strategies are also tailored to maximize earning windows and ensuring wealth can endure over a lifetime.

The pandemic has been a challenge for private banking, which relies on intimate contact to gain trust. To stay in close touch with clients unsettled by market upheaval and concerned about their families’ safety, “we very quickly decided we’d bring the firm to them,” she said.

Sharmin Mossavar-Rahmani, the wealth division’s chief investment officer, has hosted virtual seminars on the market fallout with as many as 20,000 people tuning in at a time. Several family clients who had considered selling their closely held businesses prior to the pandemic put the plans on hold after the outbreak, she said. Now some are reconsidering.

“Just in the past several weeks we’ve seen that activity start to pick up again,” she said. “That’s been encouraging for us.”

To contact the reporter on this story:
Devon Pendleton in New York at [email protected]