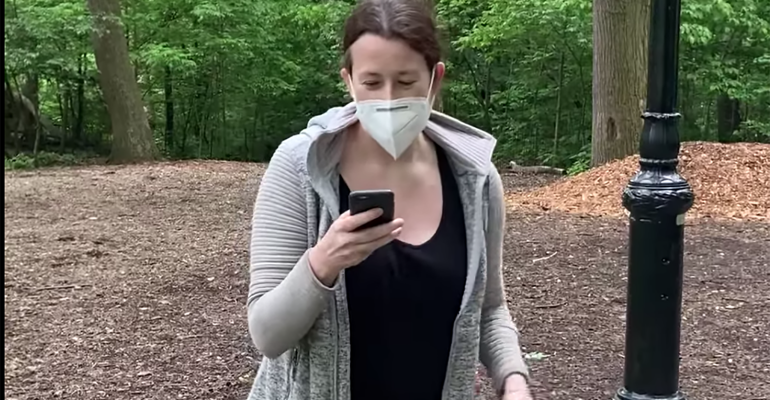 Franklin Templeton fired portfolio manager Amy Cooper after an internal investigation. The firm "does not tolerate racism of any kind," it tweeted.

Asset manager Franklin Templeton Investments publicly fired portfolio manager Amy Cooper on Tuesday, following an internal investigation into the incident between her and a man in Central Park during Memorial Day weekend.

The firm tweeted that its decision was effective immediately, reitirating that it "does not tolerate racism of any kind."

Franklin Templeton made headlines over the weekend after Cooper, a white woman, called the police on a Black man who asked her to leash her dog in New York's Central Park early Monday morning, according to published reports. The asset management firm originally put Cooper on administrative leave, causing some investors on Twitter to say the firm didn’t go far enough and plan to ask their advisors to pull assets from the fund family if she was not fired.

Cooper, a portfolio manager and vice president of Franklin's insurance investments solutions, was walking her dog off the leash at the Ramble in Central Park when former Marvel Comics writer and editor Christian Cooper asked her to leash her dog. Ramble Park is reported to have signage requiring dog owners to leash their dogs. When Amy refused to do so, Christian started recording video of her actions.

In the video, which was posted to Twitter by Christian’s sister, Melody Cooper, a staff writer for Warner Bros., Amy threatens to call the police and tell them that there’s “an African American man threatening her life.” And she moves toward him during the recording. Amy then called the police. Soon after the call, she puts a leash on the dog. He then says “thank you” and stops recording.

Oh, when Karens take a walk with their dogs off leash in the famous Bramble in NY’s Central Park, where it is clearly posted on signs that dogs MUST be leashed at all times, and someone like my brother (an avid birder) politely asks her to put her dog on the leash. pic.twitter.com/3YnzuATsDm

According to news reports, police arrived on the scene and made no arrests, nor did they issue any summonses.

The video caught the attention of Franklin Templeton, which tweeted Monday night and posted to LinkedIn that Amy Cooper had been placed on leave.

In response to an incident involving an employee on May 25th, Franklin Templeton issued the following statement. pic.twitter.com/8f2lMwK0r5

“We take these matters very seriously, and we do not condone racism of any kind,” the company said.

Some investors, such as Mary Banks, the founder of WOW Consulting, an executive development and leadership training firm, tweeted to Franklin that she hoped the firm is not stalling until this "blows over." "I am calling my financial advisor tomorrow to make sure none of my money is invested in your funds," she tweeted. "I can't trust a company that would trust a liar like Amy Cooper."

You can’t possibly be serious! I hope this is not a delay tactic because you think this will blow over. Meanwhile, I am calling my financial advisor tomorrow to make sure none of my money is invested in your funds. I can’t trust a company that would trust a liar like Amy Cooper.

A Canadian financial advisor, Shawn Gowitt, who said he sells Franklin Templeton products, pledged to pause his sales until "Amy Cooper is brought to justice."

As a Financial Advisor who sells Franklin Templeton, I can assure you, your sales from me are on hold until Amy Cooper is brought to Justice.

Amy issued an apology during an exclusive phone call with NBC New York, saying she “sincerely and humbly apologizes to everyone, especially to that man and his family.” She has also voluntarily surrendered her dog to Abandoned Angels Cocker Spaniel Rescue, Inc., according to the organization’s Facebook post.

Several folks in the financial services community also commented on the incident via social media. Julia C. Carreon, the managing director of digital and fiduciary operations of Wells Fargo Wealth Management, wrote presciently on Twitter that Amy may not be employed with Franklin for long.

Probably not for long....

“I think a lot of us in the investment industry, especially those living on coasts, think we are a lot more inclusive and less racists than we actually are. #dobetter,” tweeted Liz Simmie, the co-founder of the asset management firm HoneyTree Investment.

I think a lot of us in the investment industry, especially those living on coasts, think we are a lot more inclusive and less racists than we actually are. #dobetter

Advisor and Trailhead Planners co-founder Courtney Ranstrom tweeted that she wants to know if Amy “has been arrested for filing a false police report, animal cruelty, and being a racist.” And Shana Sissel, the new chief investment officer at Spotlight Asset Group, responded, “What an awful person. Waste of police resources, entitled.”

What an awful person. Waste of police resources, entitled.

“And she’s now turned the dog back to the rescue and her employer is reconsidering her employment. Good work,” tweeted Christy Aleckson, the founder of SinglePoint Financial Advisors in Beaverton, Ore.

And she’s now turned the dog back to the rescue and her employer is reconsidering her employment. Good work. https://t.co/YDNmFzPeOB

Critics of Amy’s action deem her warning as a dog whistle to law enforcement. The New York Police Department has been under fire for years by social activism groups for its treatment of black and brown individuals in programs such as stop-and-frisk and most recently social distancing violations.