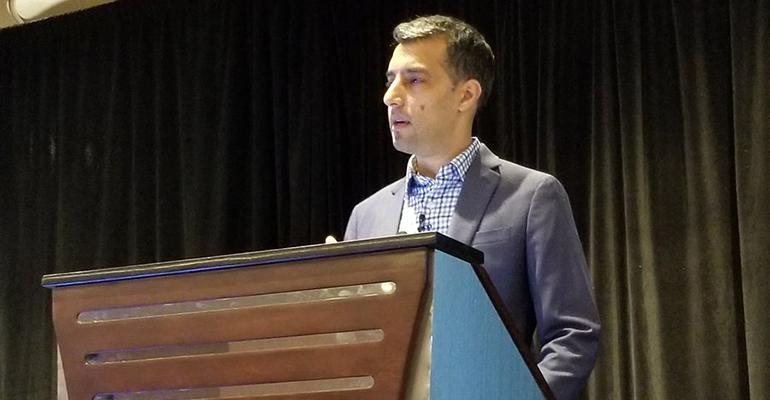 Four former Morgan Stanley executives, all working on financial planning tools and services, said Wednesday they were joining Advizr, an enterprising financial planning software company that has raised more than $10 million in funding.

Chris Salvaggio, an executive director at Morgan Stanley who oversaw the development and integration of financial planning tools, will be Advizr’s new head of customer success.

Also joining Advizr from Morgan Stanley are Janice Chan-Mui, a vice president that led marketing programs to increase engagement in private banking products and Brian Morgan, an assistant vice president at the bank in charge of streamlining the delivery of financial plans. They will be Advizr’s new director of marketing and manager of product development, respectively.

Vibin Chowallur was most recently a manager at Deloitte, where he provided personal financial counseling to the firm’s partners and principals. Prior to that 16-month stint, he spent more than 15 years on financial planning support for advisors at Morgan Stanley and Bank of America Merrill Lynch. Chowallur will continue in a similar role as Advizr’s program director for financial planning practice management.

Morgan Stanley could not be reached to comment on the departures, which are the latest in a string of shake-ups at the firm. Earlier this month, the brokerage named Salvatore Cucchiara its new head of Wealth Management Technology after the group’s former head, Christopher Randazzo, left for Rockefeller Capital Management.

Advizr CEO Hussain Zaidi said the four new executives have an aggregate of more than 60 years of experience in financial planning and said the new hires were a “milestone” for his company and a turning point for technology in wealth management.

“We are squarely focused on helping broker/dealers with low margins to start up a turnkey financial planning program so that they can help the majority of their financial advisors who don’t give advice, to drive advice and their profitability from those financial plans,” he said.

Zaidi said that unlike the wirehouse brokerages—Morgan Stanley, Merrill Lynch, Wells Fargo and UBS—other b/ds don’t have “millions” of dollars to spend on financial planning technology and training for their network of employees. Advizr’s goal is to bring those resources to smaller b/ds and the new executives were hired to do that.

Advizr is in talks with about half a dozen b/ds and is already working with others. For example, The Leaders Group, a Denver-based, national independent b/d, was creating very few financial plans in 2016, but Zaidi said after partnering with Advizr, the firm completed more than 700 in 2017. As a result, the firm gathered an additional $300 million in clients assets.

The company was initially in contact with one of the former Morgan Stanley employees about an opportunity but the candidate suggested others at Morgan Stanley might be interested in joining the tech company, Zaidi said. The new hires bring the total number of Advizr employees to about 32—more than 10 added in just the last few months.

Franklin Templeton led a Series A round of funding of $7 million for Advizr in June of last year. Prior to that, the company raised about $3.5 million in convertible debt, bringing its total raised to about $10.5 million, Zaidi said. Other investors in the June round of funded included SEI, IA Capital and Fenway Summer. Silver Lane Advisors facilitated the money raised.