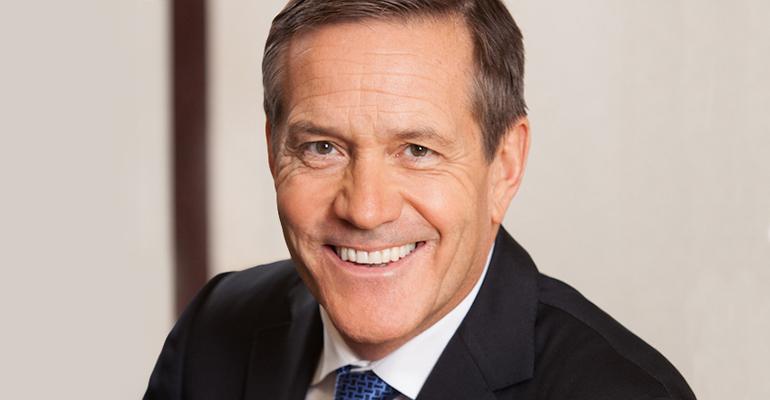 The former CEO of RBC Wealth Management has come out of retirement to help Baird grow its ranks of advisors.

Although John Taft retired from his role as CEO of RBC Wealth Management in May 2016, the brokerage executive announced his return to the industry Monday as vice chairman at Baird. While Taft will be involved in all five of Baird’s businesses, including wealth management, asset management, equity capital markets, fixed income capital markets and private equity, his initial focus will be on growing the wealth management business. At the outset, he plans to have a lot of conversations with advisors about making the jump to Baird.

“There’s incredible opportunity because there’s so much change—regulatory, technological, business model change—in that world, and I’m fully convinced that the best advisors I know—the professionals I most respect—would benefit from being a part of Baird’s platform,” Taft said.

Wealth management is Baird’s largest business, with 865 advisors managing $125 billion in client assets. The firm recruited 30 advisors in 2017. It also added about 30 people to its advisor training program last year, as well as nearly 20 to its foundations program, the firm’s two-year, full-time rotational program designed for younger advisors in training, many of whom come straight out of school.

“We do think the Baird name, the Baird brand, frankly Baird’s reputation—and John joining us is a part of this—is becoming better known,” said Steve Booth, Baird president and CEO. “For a while, we were a pretty well-kept secret.”

One thing that Booth said is resonating with advisors is the fact that the firm is privately held and employee-owned, “especially just given some of the turmoil in the industry and a lot of financial advisors have been at different firms who have gone through different governance changes,” he said.

That was one aspect of the firm that attracted Taft, who said he wasn’t ready to retire.

“Retirement is a journey, by the way,” he said. “I missed being on a team, missed being actively engaged in a business that I love and have always loved.”

Achievement and social responsibility seem to be in Taft’s DNA. He’s the great-grandson of former U.S. President and Supreme Court Justice William Howard Taft, and the grandson of Robert Taft, the storied Republican Party leader in the U.S. Senate in the 1940s and 1950s.

He’s been an active voice for the brokerage industry, serving as SIFMA chairman in 2011. He’ll likely represent Baird in some of the industry associations, including SIFMA.

“We’re still in a period where regulation is highly dynamic, and where the rules of the road are being written, literally as we speak,” he said. “I’ve had a lot to say about that in the past. The things I’ve said in the past I think are really consistent with what Baird believes, and if I can use my knowledge and institutional memory to help represent Baird’s views in Washington, I think that’s something I’m likely to be doing.”

Taft started in the business in 1981. Before joining RBC, he served as chairman, president and CEO of Voyageur Asset Management, president and CEO of Dougherty Summit Securities and managing director at Piper Jaffray & Hopwood. Prior to taking over as CEO of the wealth management division, Taft was the head of asset management and products for RBC’s U.S. and international division.