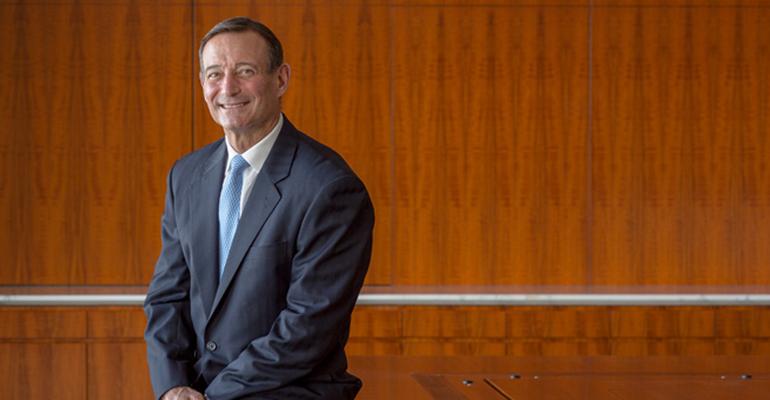 (Bloomberg) --Doug Hodge, who served as chief executive officer of Pacific Investment Management Co. from 2014 to 2016, is retiring after 28 years with the firm.

Hodge, 60, led Pimco following the departures of Mohamed El-Erian and Bill Gross and stepped down as CEO last November, when he was replaced by Emmanuel “Manny” Roman.

“Doug has embodied Pimco’s values and commitment to client service during his 28-year career at the firm, from his start as an account manager to his roles as COO and CEO during key events in the firm’s evolution, such as global expansion, navigating the financial crisis and the more recent transition to Pimco’s next generation of leaders,” Roman and Dan Ivascyn, the firm’s investment chief, said Thursday in a statement.

Hodge joined Pimco in 1989 as an account manager when the firm’s assets under management were less than $15 billion. He climbed to chief operating officer in 2009 and was promoted to CEO in early 2014 after El-Erian resigned amid a dispute with Gross, who co-founded Pimco and led it to become the world’s largest bond manager with $2 trillion in assets at its peak in 2013. Amid ongoing management strife, Gross left to join rival Janus Capital Group in September 2014, prompting a surge of withdrawals with assets tumbling to $1.43 trillion at the end of 2015.

Ivascyn, the successor to Gross as chief investment officer, led recruitment of Roman, who joined Pimco last Nov. 1 from Man Group Plc, the largest publicly traded hedge fund firm. Under Ivascyn and Roman, assets have climbed to $1.69 trillion as of Sept. 30. Hodge has served as a senior adviser for the last year. His last day will be Dec. 5.

Pimco, based in Newport Beach, California, is a unit of German insurer Allianz SE.