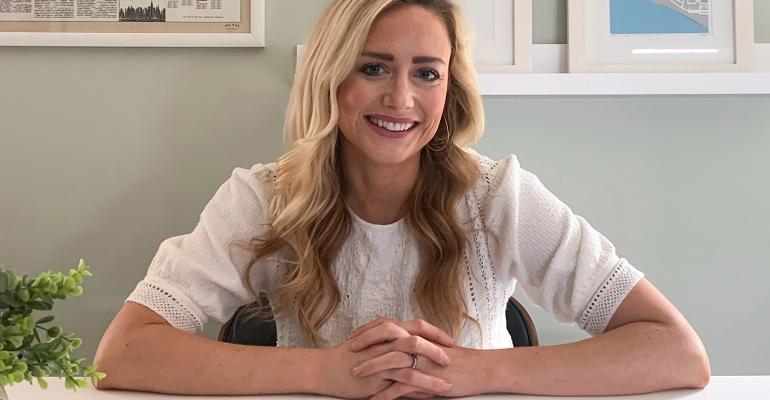 FMG’s acquisition of Twenty Over Ten gave it a brand crusader.

When Twenty Over Ten finally blew the lid off news of its sale to competitor FMG Suite, many in the wealth management industry wondered how Russell’s role would evolve. She was Twenty Over Ten’s chief marketing and business development officer but has transitioned to the brand crusader tasked with putting more eyes on FMG Suite.

Russell's new role has her doing much of what she’s done for Twenty Over Ten but with a bigger platform and wider reach. She’ll be considered a thought leader, industry evangelist and advisor educator.

“The thing I'm most passionate about is sharing practical, actionable digital marketing advice that empowers individual advisors firms to grow and now I get to do this 100% of the time,” Russell, named as one of WealthManagement.com's Ten to Watch in 2021, said in a tweet that accompanied a video announcement of her new position.

The thing I'm most passionate about is sharing practical, actionable digital marketing advice that empowers individual advisors &firms to grow - & now I get to do this 100% of the time! https://t.co/sjYZxBjq7D

“Samantha's deep insights and well-documented reputation in our industry is a highly valuable addition to our growing company,” FMG Suite CEO Scott White said in a statement.

Russell's role will have her connecting with individual advisors, advisory firms and hosting workshops. She’ll take any feedback given to the product and development team to jump start an upgrade in a service or the creation of a new one.

While the evangelist job title is rarely seen in the wealth management space, it is used more widely with technology startups looking for prospects to become converts of its product or service and, in the long run, having those loyal fans convert their friends, family and companies. Those well-versed in the late 1990s tech scene may recall an early sighting of the term evangelist at Apple.

Twenty Over Ten started out as a compliance-friendly website provider specifically for financial advisors. Over time it evolved into a provider of digital marketing solutions including lead generation. With Russell’s marketing know-how and social media fervor, Twenty Over Ten garnered significant attention and grew its staff from a few leaders to 30-plus employees. The company was a winner of the WealthManagement.com 2020 Industry Awards for its social media leadership and was a finalist for its Lead Pilot tool.

FMG bought the firm in December and hadn’t announced any leadership changes before Russell’s. Russell said the company has more announcements coming concerning the leadership but couldn’t divulge details.