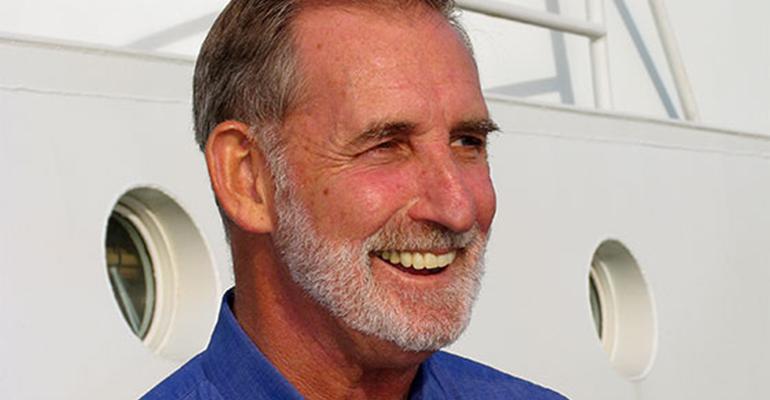 Chuck Bundrant is the founder and majority owner of Trident Seafoods.

(Bloomberg) --Chuck Bundrant was a college freshman with $80 in his pocket when he drove halfway across the country to Seattle to earn a few bucks fishing. The year was 1961.

He hasn’t stopped fishing since.

And today, Bundrant, the founder and majority owner of Trident Seafoods, is worth at least $1.1 billion, according to the Bloomberg Billionaires Index. His wealth is due to a fair measure of pluck. Back in the early 1980s, he persuaded Americans to eat pollock, then considered a trash fish, at fast-food restaurants and, to this day, Trident ships it -- along with salmon and cod -- to chains including Costco and Safeway.

Along the way, Bundrant cultivated politicians who would pass legislation that aided Trident’s business by keeping foreign fisheries at bay. These days, Trident also is benefiting from health-conscious consumers gravitating to seafood.

The Bloomberg index calculates that Bundrant owns 51 percent of privately-held Trident, which had $2.4 billion in revenue last year, based on information compiled from trade groups. It’s valued by the Bloomberg index at about $2.1 billion, using comparisons to five publicly traded peer companies, including Clearwater Seafoods Inc. and Oceana Group Ltd. Trident operates about 16 processing plants and 41 fishing vessels -- and remains defiantly independent.

“We don’t answer to investment bankers like some other seafood companies,’’ the company writes on its website. “We only answer to our customers, our fishermen, and our employees.”

Bundrant declined to comment. He named his son, Joe, chief executive officer in 2013 and is not involved in day-to-day operations, but longtime friend Brent Paine, executive director of trade association United Catcher Boats, recalls him as a "huge risk-taker, someone with an open mind for opportunity."

Chuck Bundrant’s story is the stuff of industry legend. “He knew nothing about fishing boats, or catching and processing crab and salmon,’’ son Joe said in a corporate video two years ago. “He’d only watched a movie with John Wayne in it called ‘North to Alaska.’ And he heard there was money to be made on the fishing grounds, thousands and thousands of miles from home.’’

As told to Seattle publications and on Trident’s website, Bundrant was taking a break from a pre-veterinary medicine program in Tennessee when he traveled to Seattle, making his way to Bristol Bay, Alaska, where he slept on the docks and took any work he could get.

After a few years, Bundrant was looking for a way to start a business in the industry. He met two other crab fishermen -- Kaare Ness and Mike Jacobson -- and in 1973 the three put their money together and built the Billikin, a 135-foot boat that changed the seafood industry, according to Trident’s corporate history.

At the time, most fishermen took their haul back to the docks where processing companies pulled the crab meat out before sending it to market, leaving them with less time on water. Bundrant outfitted the Billikin with crab cookers and freezing equipment on board, allowing workers to remain at sea.

By the early 1980s, crab stocks had begun to dwindle and Bundrant decided to turn to pollock, a so-called groundfish that was swarming in the Bering Sea. Pollock was popular in Asia but not so much in the U.S. Bundrant thought Americans would like the taste once exposed to it.

His first sale was to the Long John Silver’s chain, as the story was recounted in a 2013 article in Evansville Business magazine. Bundrant, on a sales call, served it to the restaurant’s CEO, who remarked that he loved the cod -- except it was pollock.

That later opened the door to business with McDonald’s and Burger King, as well as with retailers like Costco, all using the less-expensive pollock in sandwiches, fish-and-chips and imitation crab dips.

Access to the broad retail market transformed Trident into a major fish company. Bundrant went on to build a vertically-integrated company that now does everything from harvesting and mass processing fish to selling value-added products such as canned salmon and pollock fish sticks.

“He realized that he needed to be vertically integrated to be able to deliver a large quantity of processed fish to large retailers and institutional-scale consumers,’’ said David Fluharty, an associate professor in marine and environmental affairs at the University of Washington.

Trident teamed up with other U.S. companies and turned to Congress to help limit foreign competition. With the backing of then-Washington Senator Warren Magnuson and Alaska Senator Ted Stevens, Congress passed a law that pushed the boundary where foreign fishing boats could freely operate, to 200 miles offshore from 12 miles.

In 1998, Congress ended the practice of foreign companies getting around the 200-mile restriction by registering as a U.S. business. The law required 75 percent American ownership for companies operating in the Pacific.

"One of the bill’s architect was Bundrant,’’ said Paine of United Catcher Boats. “It helped his business thrive."

Today, Trident’s business is buttressed by a surging market for fish as consumers seek to add healthy protein to their diets, according to research from the United Nations. An index of fish prices, the Oslo Seafood Index Global, has jumped more than 300 percent over the past five years, propelled by rising salmon demand and higher prices.

Chuck Bundrant has always been fond of Henry Ford, according to Paine. "He told me once: ‘Every industry needs a strong leader, it helps smaller businesses. I am that big leader.’"