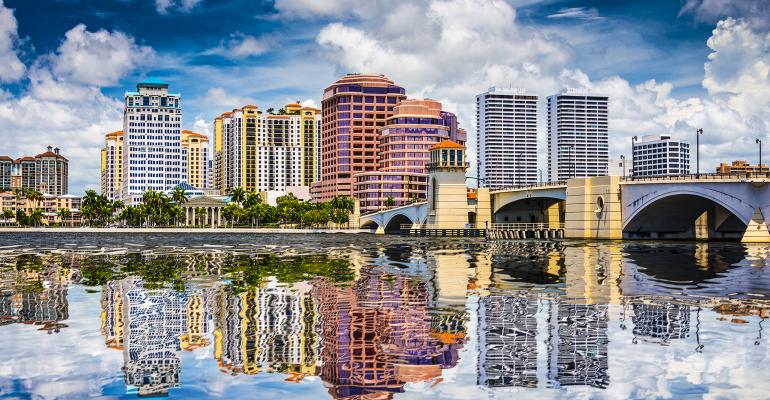 The case offers a rare look at a type of dispute that’s typically handled privately in arbitration. The details speak to a fear among exiting brokers that banks may sully their records to impeach their credibility, justify a dismissal or retain clients.

(Bloomberg) --“Holy crap!” That’s how Craig Price, a UBS AG senior vice president, told securities regulators he reacted when he saw the $2,600 tab for a client-development dinner he attended at an upscale Palm Beach, Florida, restaurant. It wasn’t the size of the bill that stunned him. It was who paid for it -- an ailing, 90-year-old UBS client.

The client wasn’t even at the dinner, but the broker who managed her trust was. So was the broker’s girlfriend, a longtime confidant of the client who had power of attorney over the trust. The trust paid the bill.

Price alerted his superiors, setting off a chain of events that would become tabloid fodder. The broker, Dennis Melchior, was quickly fired for what UBS said was a failure to disclose conflicts of interest in an unidentified trust. The broker’s girlfriend, Nancy Tsai -- a fixture of the Palm Beach charity scene and an ex-wife of celebrity fund manager Gerald Tsai -- was arrested and charged with grand theft and exploiting an elderly person, her mugshot published far and wide.

As quickly as that 2014 scandal erupted, it faded from public view. The UBS client died a day after Tsai’s arrest. Florida prosecutors dropped the case after concluding that they “cannot overcome every reasonable hypothesis of innocence and cannot prove the charges against Tsai beyond a reasonable doubt,” the state attorney said.

A second chapter has been playing out quietly ever since. UBS fired Price last year, claiming he had traded on nonpublic information. Price, in court filings, says that’s a lie and that he was dismissed for speaking up about the trust account and for raising questions about the Swiss bank’s willingness to police its own. Price has cast himself as a protected whistle-blower, filing claims with the U.S. Securities and Exchange Commission and in federal court, where he’s seeking two years’ pay plus damages and legal fees.

However Price’s legal battle with UBS is decided, it has exposed potentially deeper conflicts of interest over the trust than the bank has acknowledged publicly. Court filings, depositions, police and prosecutor reports, broker journal entries and internal bank records depict the couple as using trust assets to cover personal expenses and fatten Melchior’s book of business.

The broker’s case also offers a rare look at a type of dispute that’s typically handled privately in arbitration. The details speak to a fear among exiting brokers that banks may sully their records to impeach their credibility, justify a dismissal or retain clients.

Price, a 16-year UBS veteran who’d run the eponymous Price Wealth Management unit, says the bank had to know about the couple’s relationship and control of the trust. “The focus so far has been on Tsai and not on Dennis or UBS’s failure to supervise him,” he said in an interview.

“UBS has never disclosed that one of its brokers collaborated with his girlfriend,” he said, to take advantage of “a little old lady.”

UBS disputes Price’s version of events. A judge will soon rule on a UBS motion to dismiss the suit.

“UBS’s motion to dismiss this lawsuit by Mr. Price shows that there is no link between his termination and his alleged whistle-blowing,” the bank said in a written statement. “With respect to his lawsuit’s unsubstantiated allegations about the conduct of UBS toward other advisers in his office, UBS followed its supervisory processes, investigated suspicious activities and terminated advisers who failed to meet UBS’s standards.”

Tsai and Melchior also reject Price’s claims and any suggestion that either engaged in wrongdoing, according to Chase Scott, their spokesman. Florida prosecutors and U.S. securities regulators conducted “lengthy, in depth” investigations “that cleared Mrs. Tsai and Mr. Melchior,” he said in a written statement. He said that Tsai and the UBS client were close and trusting friends who were generous to each other and that the spending was overseen by the client’s lawyer and accountant.

Tsai had a 30-year relationship with the UBS client, Helga Marston, a Romanian native who emigrated to the U.S. as a young woman. In 2004, Marston’s husband died and left her millions. Childless, she turned to friends for financial guidance. A year later, she drafted an amended trust that left her Park Avenue, New York, residence to Tsai.

Another beneficiary named at the time was a UBS adviser who oversaw the trust. She would inherit $250,000 in cash. “That’s pretty odd,” says John Rogers III, a trust management expert who says banks typically require employees to reject client bequests or resign. “It runs the risk that advisers will work in their own interest rather than the bank’s.”

Tsai was granted power of attorney over the trust in 2011, the same year the trust was moved to a unit of UBS where Melchior would manage it.

Additional details about the management of the trust have emerged in the legal dispute between Price and UBS. The year before she took over the trust, Tsai was spending $50,000 a month and was at risk of going broke within seven years, according to an assessment compiled by Price’s unit. That assessment, which was conducted to evaluate Tsai’s needs as a potential client, is included in Price’s whistle-blower complaint with the SEC.

What’s more, Price says he discovered the couple used at least $35,000 from the trust to entertain prospective and existing Melchior clients. They spent $5,000 on several prospects at the Pink Tie Ball at the Trump National Golf Club Mar-a-Lago in January 2013, according to Price. He provided the SEC with Outlook calendars and trust statements as support for some of his spending claims.

Scott, the spokesman for Tsai and Melchior, said that Marston bought tickets to the charity events for friends and acquaintances “simply to support her favorite causes.” Also, Marston had included the breast cancer charity behind the Pink Tie Ball as a beneficiary of her trust at one time, records show.

Any resolution of Price’s claims may rest on an assessment of Price’s and Melchior’s credibility. Price, who built a $140 million business over three decades, has blemishes on his record. He was named in seven settlements with customers. Four involved UBS’s payout for allegedly misleading investors who had bought auction-rate securities from hundreds of the bank’s advisers. UBS, which didn’t admit or deny wrongdoing, paid $1.9 million for Price’s portion of that settlement. The three other disputes were settled for a total of $160,000, with Price contributing none of his own money.

Price also supervised Melchior and benefited from the revenue he generated. Asked by a securities regulator in a deposition why he hadn’t raised questions about Melchior earlier, Price said the broker had gained his confidence and was left to manage his accounts “without any day-to-day supervision.”

Melchior’s record was spotless before his 2014 firing by UBS, according to filings with the Financial Industry Regulatory Authority, the self-regulatory agency known as Finra. (Last month, however, Florida regulators fined him $20,000 for borrowing money from a client. Scott, who says that client was Tsai, called it a “technical violation” and a “loan between friends.”) His firing prompted Finra to ask questions and alert Florida officials of a possible case of elder exploitation, a police report said.

As the Finra inquiry accelerated, Price said the bank’s initial support faded. He went to New York to testify in July 2014. UBS lawyers helped him prepare. Then he offered his “contemporaneous journal entries” and other material he says illustrated abuse of the trust. Price claims in his whistle-blower filings that he was then harassed by the bank, culminating in his firing in February of last year.

UBS, in a court filing, said that Price had failed to provide any factual support for his retaliation claim.

In asking the court to toss out Price’s claim, UBS argues that he’s failed to link his firing to any whistle-blowing and that he lacks standing, pointing to a late filing.

Price has persuaded at least some of his former UBS clients to side with him. One of those, Lynn Scheel, a Port St. Lucie pediatrician, said in an interview that when she visited UBS’s local office to pick up paperwork, a UBS adviser appeared in the lobby and said, “I can’t believe you’re going with that criminal.” Scheel moved her money to Price anyway.