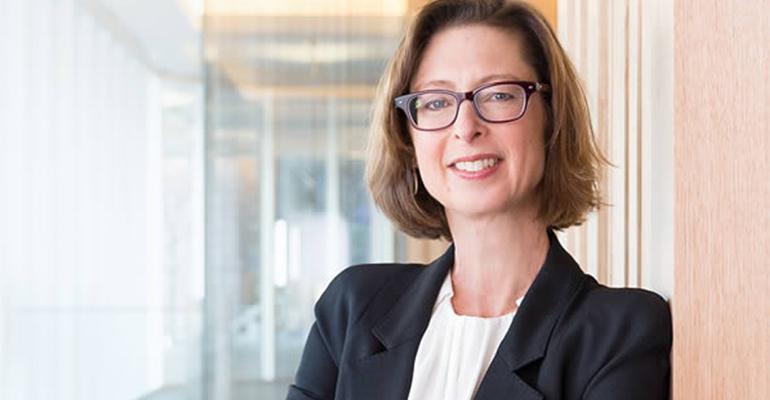 Fidelity Family’s Vast Wealth Is Matched by Passion for Privacy

(Bloomberg) -- The wealthiest family in Yankee New England is exactly what you’d expect.

The Johnsons, led by polymathic patriarch Edward “Ned” Crosby III, built a $46.3 billion fortune with Fidelity Investments, whose products shape the finances of about 32 million people worldwide. His daughter, Abigail “Abby” Pierrepont Johnson, now chief executive officer of the family business, is among the most influential people in money management.

Yet for a firm that encouraged a cult of personality around its star fund managers, its biggest shareholders and the family’s intricate web of investments remain very much a mystery. Their empire extends from the Boston Seaport to London, Tokyo and West Texas in businesses ranging from hospitals to fiber-optic communication.

They are arguably Boston's most powerful family and certainly the richest. But they — and their business interests — remain intensely private.  The scant personal details that do surface depict a clan allergic to the limelight, scornful of excess and almost comically unpretentious. This story is based on interviews with more than a dozen people, including friends and business partners, most of whom asked not to be identified because of the family’s aversion to publicity.

For a while, Abby was said to drive a pickup truck. At her local gym in downtown Boston, she was one of the few women who chose to wear the stodgy gym-issued uniform. She flies commercial and rarely dines out.

“Abby is always so understated,” said New England Patriots owner Robert Kraft, a friend of Abby and her husband, Christopher McKown. Kraft said he tried to meet with the Johnsons for a meal every few months when Ned was more active in the business. “I’ve always enjoyed their company and found them to be down-to-Earth and just great people. It’s a real credit to the family that they come across that way.”

Abby’s social circle, which also includes Boston Red Sox owner John Henry, is small. A rare outing in pre-Covid times included a flight to the U.K. to catch a soccer game with Henry, who’s also the principal owner of the Liverpool Football Club, as well as his wife Linda.

Even their charitable giving is mostly anonymous.

Fidelity, meanwhile, is ubiquitous. It manages 30.8 million brokerage accounts and more than $1.8 trillion in retirement savings. Its myriad funds hold $1.1 trillion of equities, a sum greater than 4% of the value of the S&P 500.

“Next to the Kennedys they are the most important family in Boston, and who ever hears anything about them?” said John Bonnanzio, editor of newsletter Fidelity Monitor & Insight. “There’s just an endless amount of money around the Johnson family and their various trusts.”

Unlike the Kennedys, the family’s politics are hard to discern. Abby donated about $330,000 to Hillary Clinton’s campaign and the Democratic National Committee in 2016, according to Federal Election Commission records. Since then, she has donated more than $14,000 to mostly Republican candidates in five states.

Over three generations, the Johnsons have amassed the world’s 8th-biggest family fortune, and it has more than doubled in the past five years as soaring global equity markets pushed Fidelity’s revenue and operating income to records.

The trend underscores the company’s success embracing low and no-cost index funds, products that are antithetical to the firm’s original bread and butter: actively managed mutual funds. It has handled the shift better than competitors like Franklin Resources Inc. and Invesco Ltd., whose market values have slumped in recent years as customers increasingly balked at high fees. 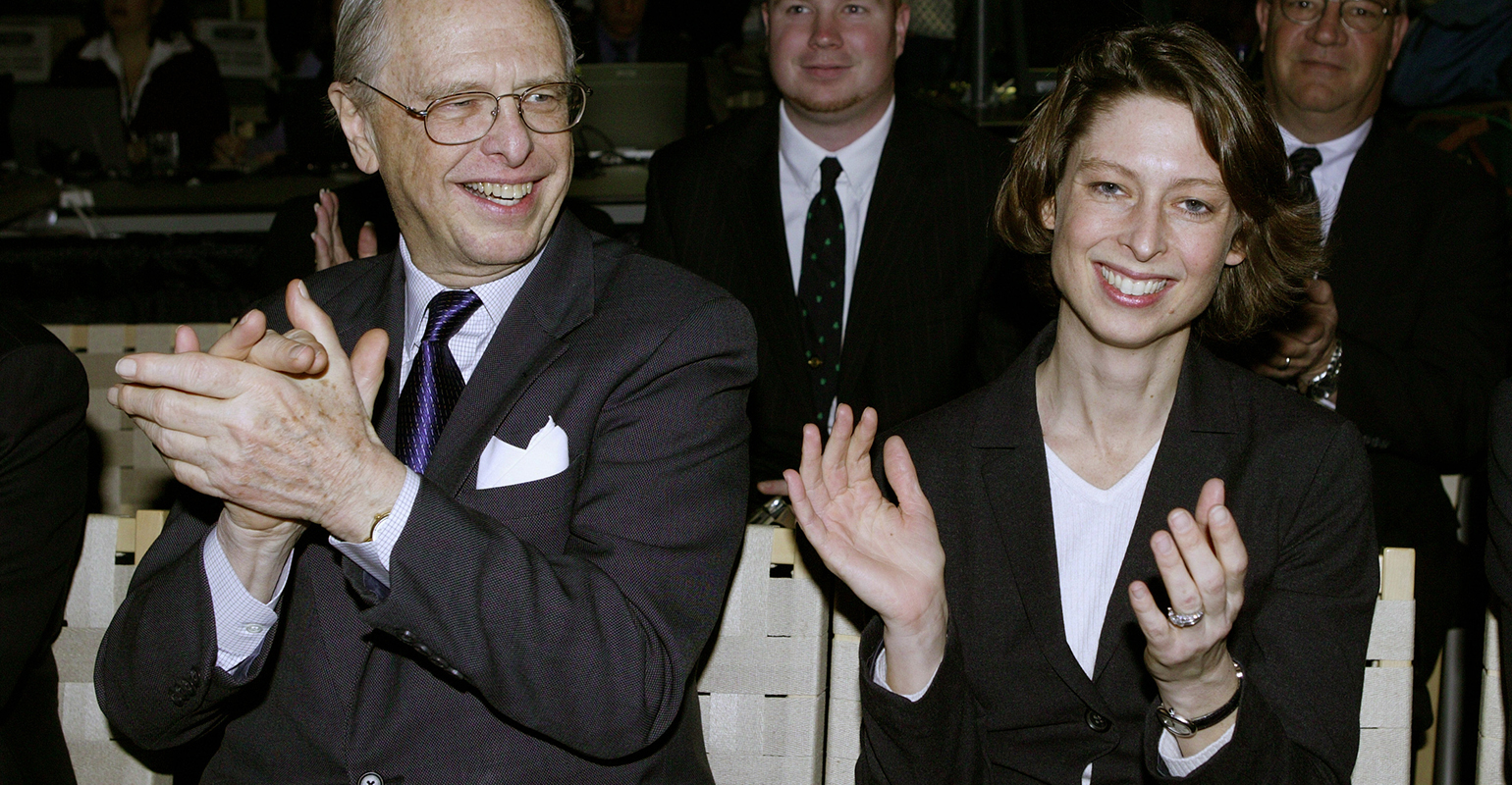 “If we always focus on our customers, the business will grow and we will continue to be a strong and healthy company, which allows us to invest in our employees and customers and support charitable organizations in our communities,” Fidelity spokesman Vincent Loporchio said in an emailed statement. He declined to comment on the family’s net worth.

Diversification has always been a part of Fidelity’s DNA. That’s evident in how Abby has reoriented the firm in the ever-shifting whims of finance and how the Johnsons invested their personal wealth.

Most of the world’s richest clans owe their fortunes to well-stewarded companies. As they grow and throw off cash, the families usually invest the proceeds with diversification in mind, hedging against downturns in specific industries and buying easy-to-sell assets when heirs need money for a villa or to start new ventures. For a family business that makes luxury handbags, diversification might mean an index fund.

So what does it mean for a family that actually makes index funds?

A lot of hard assets, for starters: tangible investments like real estate and Texas shale. But it also means high-growth tech and pharmaceutical startups. Unlike many families that separate personal investments from the operating business, the Johnsons’ interests are intertwined with FMR LLC, the parent of Fidelity Investments, of which they own 49%. FMR employees hold the rest.

The hodgepodge nature of FMR reflects both Ned III’s entrepreneurial leanings and the advantages of running a closely held company. With no broad base of anonymous shareholders to answer to and no stock price to worry about, the Johnsons have been able to use the entity to invest in areas unrelated to asset management.

About three decades ago, Ned III set up Fidelity Capital, a division that resembled a venture capital firm, investing in assets well outside its core focus, like real estate, catering and staffing. Later — legend has it — he got gum on his pants in a taxi, so he started his own fleet in the 1980s and built it into one of the country’s largest chauffeured car services before selling it in 2013.

In the 1990s, Fidelity Capital founded City of London Telecommunications, an early competitor to former state monopoly British Telecom. The Johnsons along with other FMR shareholders and Fidelity’s sister company, Fidelity International, which in turn is about 40% owned by the family, still control the $4.5 billion company, now known as Colt Group.

To see the quiet influence of the Johnson empire, look no further than the Boston seaport. Twenty-five years ago, it was a barren fishing pier bounded by crumbling parking lots. Today it’s chockablock with gleaming office towers and waterfront cafes.

On a recent sweltering afternoon, a smattering of tourists and locals lounged on strips of grass that fringe the office buildings, now mostly empty. The sleepy vibe contrasts with pre-Covid times, when thousands of workers flooded the neighborhood daily.

Seaport Place, a linchpin of the area’s overhaul, was the work of the Johnsons. Pembroke Real Estate, a property company run by Abby’s younger brother, Edward C. Johnson IV, manages 2.2 million square feet of office, retail and hotel space on the northern edge of once-gritty South Boston. Pembroke oversees commercial properties owned by FMR and Fidelity International, according to its website.

“I grew up in South Boston and I’m very familiar with the waterfront,” said Jim Rooney, president of the Greater Boston Chamber of Commerce. Back then, “it was not a nice place. The Johnsons and Fidelity were pioneers in seeing, before anyone else, a new development horizon for the city.”

Pembroke’s portfolio encompasses 8.6 million square feet, mostly offices, in 14 cities across eight countries. Its holdings grew substantially after some of them were reported in a March 2010 bond prospectus for FMR, with a carrying value of $1.6 billion.

Since then, new properties have been added in Australia, Japan, Germany and the U.S. West Coast, and the portfolio is now worth an estimated $5.6 billion, according to the Bloomberg Billionaires Index.

The appreciation of long-held properties will help cushion the blow that the pandemic inflicted on commercial real estate. Transactions, development and inquiries from prospective tenants have plunged. In March, the Seaport Hotel furloughed 400 workers. It offered rooms free to medical workers caring for Covid patients.

Other assets are less exposed to pandemic fallout. The family has stakes in more than 190 companies through Cambridge, Massachusetts-based F-Prime Inc., a venture capital firm with $2 billion in committed tech and health-care investments.

It was an early backer of Chinese e-commerce giant Alibaba Group Holding Ltd. and has invested in Checkmate Pharmaceuticals Inc., a maker of cancer treatments that filed to go public last month. F-Prime has invested in almost three dozen Boston-area health or biotech companies.

While Fidelity is known for mutual funds, it sits atop the food chain of the venture capital community in Boston because of the amount of money at its command, said Bonnanzio, the newsletter editor.

“Are the best ideas on Fidelity’s radar?” he said. “It’s almost impossible that they’re not.”

Most of these private equity-type investments were housed under FMR’s corporate umbrella until 2018, when a restructuring aimed at simplifying the firm’s financial statements resulted in the investments being spun out, according to a report by S&P Global Ratings.

A similar thing happened last year at Fidelity International, where a division called Eight Roads, which invested in real estate and private companies, was hived off into its own business.

The linkages between FMR, Fidelity and the Johnsons’ personal investment vehicles are reflected in the flow of personnel. Of 38 people identified on LinkedIn as employees of their Salem, New Hampshire-based family office, Crosby, at least 13 had previously worked at Fidelity Investments.

The social media site also indicates that five Crosby staffers manage the family’s art. Ned III has amassed an extensive collection of 19th and 20th century paintings, furniture and Asian art. His Brookfield Arts Foundation, whose purpose is to loan works to museums, had an asset value of $282.6 million at the end of 2018, tax filings show.

The interconnectedness of various family entities is also evident in Florida, where Beth Johnson, Abby’s younger sister, runs Louisburg Farm, a training facility for show-jumping horses that’s named for an idyllic block in Boston’s Beacon Hill. Two employees — one at Fidelity and another at the Johnsons’ family office — executed deeds for the purchase of the Palm Beach-area farmland in 2001.

Regardless of how their family office investments fare, odds are you won’t hear about it from a Johnson.

In 2017, Abby sat for a rare interview on Bloomberg Television with Carlyle Group co-founder David Rubenstein. She’s warm, dryly funny and engaging. Until, that is, Rubenstein asks what it’s like to have her name next to a number on a wealth ranking. She grimaces, laughs awkwardly, then bats the air as if to push away the question.

“People want to speculate about things,” she said. “But I don’t think that reflects anything about who you are or how you live your life or what you do.”

To contact the editor responsible for this story:
Peter Eichenbaum at [email protected]
Steven Crabill