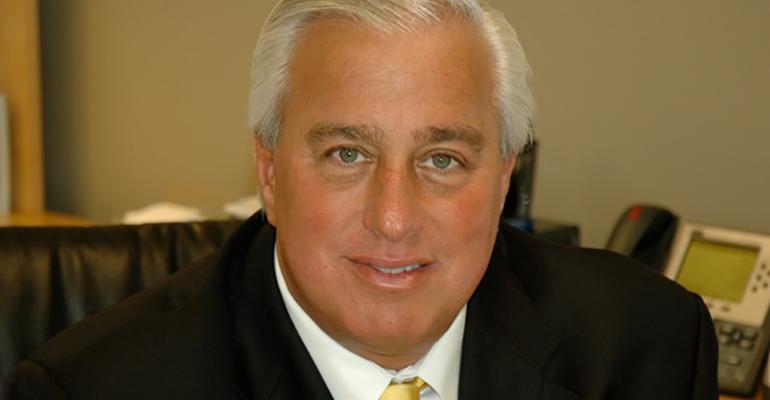 'It's shocking to people to find out that the one thing that they think their advisor is trained on, they've never been taught—and that is, how to construct and measure risk in a portfolio,' the Plano, Texas-based RIA argues in his new book.

Plano, Texas-based Ed Butowsky, a financial advisor to professional athletes and frequent guest on Fox News, CNBC and Bloomberg TV, worked at a wirehouse, Morgan Stanley, for 18 years before starting his own firm in 2005. Now, he’s taking shots at Wall Street in his new book, Wealth Mismanagement: A Wall Street Insider on the Dirty Secrets of Financial Advisers and How to Protect Your Portfolio. 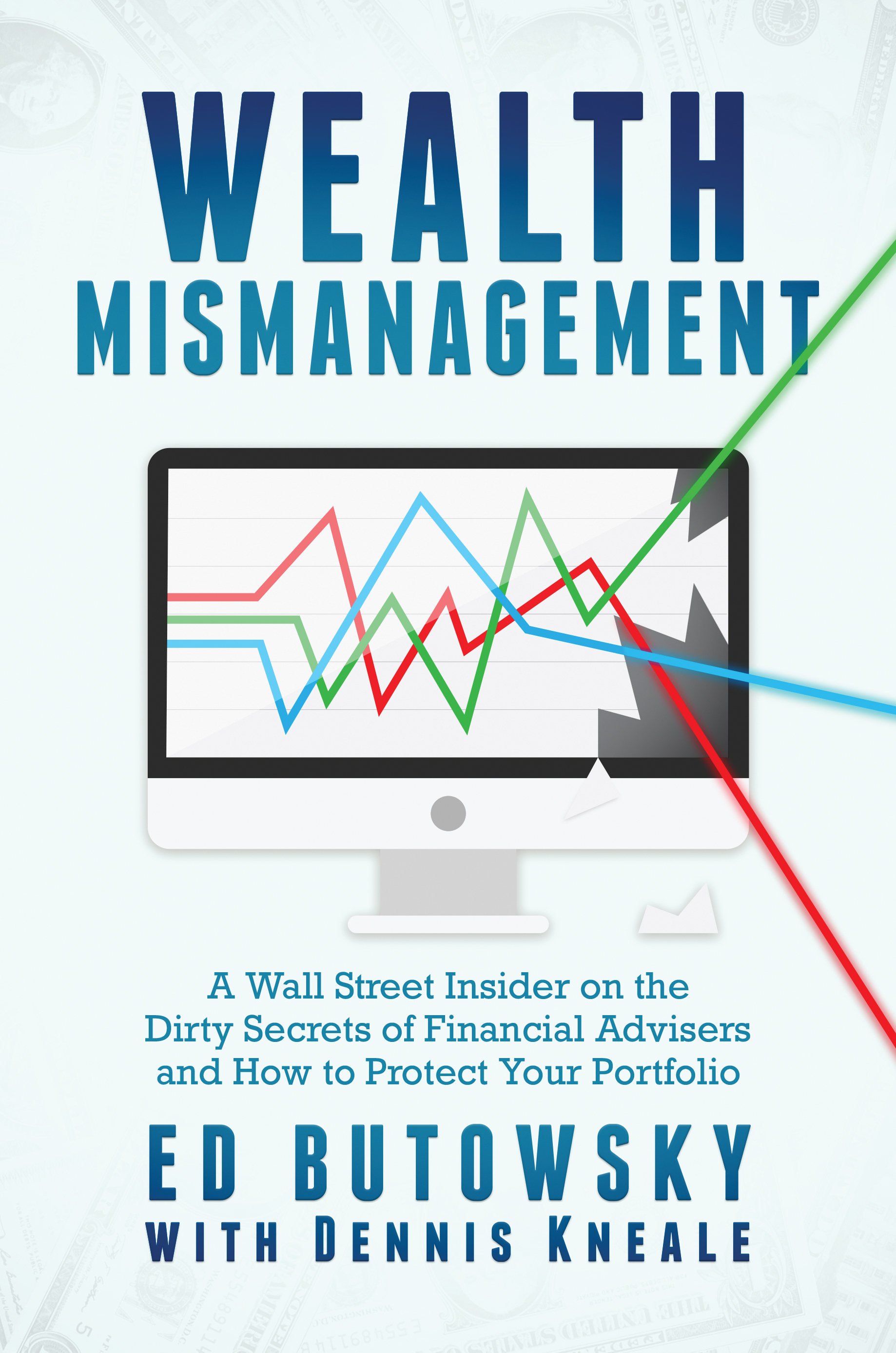 In the book, Butowsky provides a firsthand look at the Wall Street firm’s practices; his biggest problem with the big brokerages is their failure to train brokers on how to construct portfolios and measure risk, something most investors assume their advisor is capable of. That’s why he came up with the CHIP Score, a metric designed to evaluate and score a portfolio’s strength based on rate of return, risk, inflation, taxes, management fees and investment fees. He manages nearly $200 million in client assets at Chapwood Investments, his registered investment advisory.

Butowsky is still dealing with the fallout of a public controversy around a retracted May 2017 Fox News story about the murder of Seth Rich, a Democratic National Committee staffer, but he hopes to move on from it. (Butowsky has denied any involvement in the story.) He hopes the book will appeal to American investors and help them better evaluate their financial advisors.

WealthManagement.com recently chatted with him about the problems he sees with the industry, how they can be improved and why he dropped his own father's account.

WealthManagement.com: What motivated you to write the book?

Ed Butowsky: It always bothered me that there wasn't a way that people could evaluate financial advisors. In our industry, people just say, go look at their BrokerCheck. And I know lots of great brokers that have stuff on their BrokerCheck because the way the system works, any type of complaint of any nature, it automatically goes there. I had things on mine that got expunged that didn't even happen to me. They happened to my assistant, but my assistant was attached to me.

But I saw a lot of advisors who had lots of money under management that really didn't know what they were doing. It's shocking to people to find out that the one thing that they think their advisor is trained on, they've never been taught—and that is, how to construct and measure risk in a portfolio. There is no training on portfolio construction.

And then these brokers look people in the eye, just like my mother would have, or any other person, and say, "Don't you worry, I'm going to take care of you." Well, how the hell are they doing that? How do they measure themselves? And it always had bothered me. It's bothered me since I got in business.

So I created the CHIP Score, which allows clients to objectively evaluate their advisor. If you're an advisor and you can't stand up to this book, then get out of the business. I have no problems with that.

If you haven't taken the time to learn your profession, then you're just a con artist. And if the firm doesn't teach you, then go learn it yourself.

WM: How should advisors be measuring risk?

EB: The Cost-of-Living Adjustment (COLA) increase is one big part of it. When you think about living in New York, your cost of living year over year, forget about the CPI, cause that's a bogus statistic. You look at what it costs you to live this year versus last year. It's about 12% each year.

And if you're an advisor and you're telling people, "Well, inflation's 1.5% and you got 4%," well realistically, you just spit in someone's face 8%.

WM: If they’re not trained on portfolio construction, what are they trained on at the wirehouses?

EB: You get different products and different types of investments that are brought to you by the regional director and then to your branch manager. And then the regional directors will get a call saying, "We're coming out with this structured note." They'll say how much they are going to be assigned. They then literally go to their sales manager. Then they go and bring in all the branch managers, and the branch managers are told how many shares they're getting and need to sell. And before you know it, every broker is being assigned, "I need you to come through, I need you to help me on this. This is really important." This is how it really works.

And then, the brokers are calling up their clients and sharing this information, hoping that the client will take what they are offering them. But how does it go into a portfolio? Just because some schmo in New York decided that the firm was going to create the structured note, that doesn't mean that Mrs. McGillicuddy in Omaha needs it.

WM: Hasn’t this changed in recent years? The big brokerages seem much more focused on holistic planning and not peddling products, and they’re more highly regulated these days.

EB: The reason they do the financial plans is that they can look for cross-selling, insurance being one of those, estate planning and other types of businesses. But the plan is based usually on a lot of false narratives and assumptions.

WM: You spent a lot of time analyzing the model portfolios of the big brokerages. What did you find?

EB: I was blown away by the lack of diversity in terms of correlation in the portfolios, especially at the bulge bracket firms: Morgan, UBS, Merrill. Ninety-seven and a half percent of retail portfolios do not have alternative investments. And it's mathematically impossible to have an efficient portfolio without alternatives because everything else is so highly correlated.

Large-cap growth and large-cap value, people talk about all the time, but they're going to move up and down together no matter what. And what they should be talking about is, how do we get noncorrelation into our portfolios?

With international and emerging markets, because of computer systems and communication systems being so efficient, things that happen overseas immediately are reflected domestically.

So most investment portfolios are just not efficient if they don't have alternatives.

WM: In the book, you talk a lot about your relationship with your father, who was chief enforcement officer at the Securities and Exchange Commission. How did that influence your career in wealth management?

EB: It's always been around me, and I've always had tremendous respect for the industry. My father, major impact in my life, but also, the people that he was around and the people I got to know growing up made me realize that I wanted to be in this industry, although he didn't think I was going to be very good at it.

Later on, he was known for inventing the B Share class of mutual funds. He wrote the amendment to the '40 Act in 1975 with a guy named Bernie Wexler. And then as a result of that, my father became very sought after, as representing outside counsels for mutual funds.

WM: At one point in your career at Morgan Stanley, you gave up more than 500 accounts, including your father’s. What made you do that?

EB: I realized that I wasn't doing the job that people thought I was. And this one man, when he called me, I didn't know who he was, and it bothered me. I'm thinking, “This man thinks I care about him.” And not only do I not, I don't even know who he is.

But you would open up accounts because in the early days after 1987 when everyone just started flooding into the industry, the goal was you opened up accounts and then you had a reason to go back and talk to people. So you would open up with selling a muni bond, a stock or a closed-end bond fund.

So I would open up, you know, 200 accounts sometimes in a month. And I was like, “Who are these people?” I really didn't know who they were. I need to narrow down the number of clients and get more focused with just dealing with high-net-worth individuals. And that's what I did.

A lot of brokers liked me in the office because I gave them accounts, but none of the accounts were really huge. And I gave my dad's account away 'cause he pissed me off. Did I put that in the book?

WM: Why did you give your father’s account away?

EB: He pissed me off. I called him one day and I said, "I doubled your IRA." And he said, "But I won't be alive to use it." What a horrible thing to say to your son. That was brutal. I was so proud I did something for my dad.

WM: Were there any other experiences that you didn't put in the book that shaped your career?

EB: One day I got a phone call from a lady in California. She was a lawyer at one of those venture capital law firms. She said to me, "Ed, I'm the smallest partner at this firm, and we have a fund that the partners own. And when we do a distribution for companies that we took public, I always get the smallest number of shares." Literally, there were assistants in her office that would laugh at how small her distribution was. She said, "I'm tired of this. Will you come pick up these shares and put them over at Morgan Stanley?"