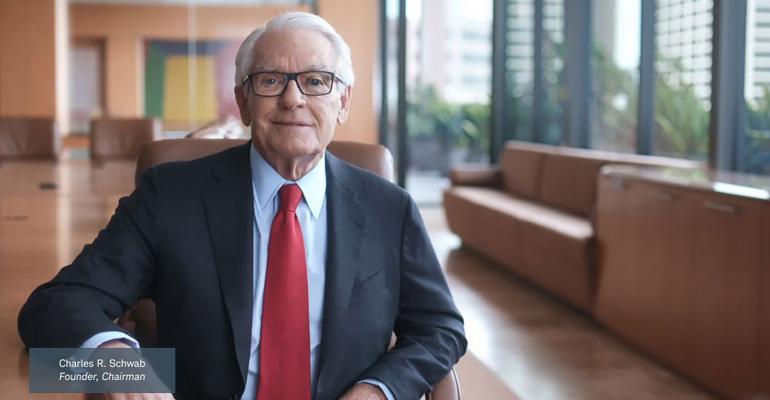 Charles Schwab, founder and chairman of the Charles Schwab Corporation, and his wife, Helen, contributed $1 million each to Future45, a Republican political action committee, which advocated for the election of President Donald Trump and Vice President Michael Pence.

Other contributors to the PAC include Joe Ricketts, the founder of TD Ameritrade, and Paul Singer, founder of the hedge fund Elliott Management Corporation.

Charles Schwab & Co. gave $404,000 to congressional candidates this year, half of which are Republican and half Democrat. That includes contributions to Waters and Pelosi.

“We believe in every Schwab employee’s right to contribute to the democratic process as they see fit, in accordance with their own beliefs,” spokeswoman Mayura Hooper said. “Our chairman’s personal political activities are his own, and are separate from The Charles Schwab Corporation and its subsidiaries. As a firm, Schwab’s political contributions are made through our PAC, which is funded through voluntary contributions. Our PAC is one of only a few that, by policy, divides its contributions equally between Republicans and Democrats. Our focus is solely on the issues that matter most to investors and those who serve them.”

Schwab is holding its annual Impact conference for registered investment advisors this week in Washington, D.C.