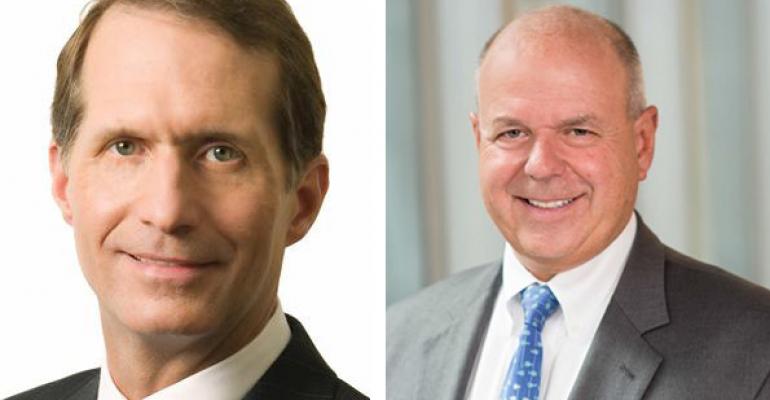 Cetera Confirms: Robert Moore In, Larry Roth Out as CEO

Cetera Financial Group’s 9,000 financial advisors have a new chief. The broker/dealer network confirmed reports Thursday that non-executive chairman Robert Moore, former president of LPL Financial, will take over as CEO Sept. 12, replacing Larry Roth, who has served in the role since May 2014. Roth will stay on as a consultant to the CEO through the transition.

The firm said the move is the latest phase in its restructuring process. The firm’s parent company, RCS Capital, emerged from bankruptcy in May and now stands as a private company with $150 million in fresh capital, a healthy balance sheet and a sole focus on Cetera as its only operating entity. In an interview with WealthManagement.com, Moore characterized the leadership change as part of the ongoing effort “to remove any of the encumbrances that existed from the previous structure, etc.”

The leadership transition was first reported last Friday by industry publication RIABiz.com, which quoted two anonymous sources. Other media reports indicated that the firm’s advisors were kept in the dark about the changes.

“We never have any intention of keeping advisors or anyone else in the dark,” Moore said. “The reality is that there were continuing discussions occurring around this evolution process and around the best approach to take, and at the time we were ready to make an announcement in the context of the decisions that have been taken, we’ve done so.

“The fact that there is speculation out there is known, and it’s unfortunate when it occurs. But at the same time, we have a standard we need to operate to in terms of being fully ready and fully clear as to what it is we’re doing and when it is we want to do it, and then effectively communicate that.”

Roth will stay on at least through the end of the year, when his employment agreement expires, Moore said. The firm will then reassess. Roth, who previously served as CEO of AIG’s Advisor Group, was initially hired in September 2013 by Nicholas Schorsch, former head of RCS Capital, to serve as chief of Realty Capital Securities, the wholesale b/d unit of RCAP that has been winding down. In May 2014, Roth was put in charge of the firm’s b/ds, replacing Valerie Brown.

“Larry Roth was an amazing wartime CEO for Cetera, who quite literally saved the company from going under because of Nick Schorsch and his cronies,” said Jeff Nash, president of Nash Consulting Group. “The industry has seen what Larry can accomplish in crisis not just at Cetera, but in his prior role as CEO of AIG Advisor Group, when the parent company had been badly mauled in the financial crisis and experienced constant on again/off again rumors of a sale of their b/ds.

“Once a major crisis has been resolved, many firms will usually see that as an inflection point to move on to the next stage of their plans and transition to a peacetime CEO.”

Robert Dineen, a member of the board and former vice chairman at Lincoln Financial Network, will take over Moore’s role as non-executive chairman.