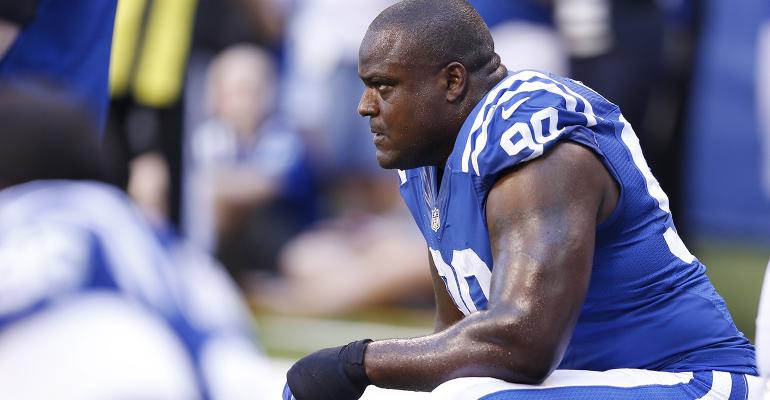 Cory Redding defrauded by his financial advisor, adults lose confidence in financial well-being as they age and millennials want more than robos.

A California financial advisor was indicted on wire fraud and money laundering charges for allegedly stealing from a former Indianapolis Colts player. A court document made public May 26 accused Kenneth Ray Cleveland of stealing more than $2 million from retired defensive end Cory Redding to pay false returns to other clients. Redding hired Cleveland to be his financial manager when he began his NFL career in 2003, according to the Indianapolis Star.

Adults Are Losing Confidence In Their Financial Well-Being As we age, we're becoming less and less optimistic about our financial health, according to a study by financial planning startup United Income. The study found that in 2014, adults over 64 were more than 40 percent less optimistic about their future financial health, over 30 percent more skeptical about future economic growth and 40 percent less convinced of future stock market increases. The study found that the average adult age 60 or older will trim their spending by 2.5 percent each year and about 20 percent over 10 years. Spending also drops faster for people in their 80s compared to those in their 60s and 70s, falling by about 30 percent on average over 10 years. Why? Weakening confidence in financial health as we age, Matt Fellowes, CEO of United Income, told Fox Business. While robo advisors are often pitched as a way to connect with next-gen clients, a new study finds that technology alone isn’t enough to attract or retain young investors. Drawing from two-years’ worth of MoneyScreen studies and research led by Maru/Matchbox, a market insights firm, the study looked at 10 of the most widely used digital platforms to better understand user preferences and trends. The conclusion was that half of millennials weren’t interested in robo advice models, mostly out of a lack of comfort and education. However, the researchers expect this to change over the next 10 years as the millennial generation’s wealth grows. "The result will be a major change in the psychological profile of the typical investor," said Demitry Estrin, the managing director of financial services and health care at Maru/Matchbox. They will be more comfortable with technology, with an expectation of a rapid and constantly improving user interaction. As a result, the status quo or even the current transition to hybrid models will not stand the test of time unless the industry figures out a way of engaging younger consumers earlier. Developing a buy or build strategy that offers a low cost, education gateway into the world of investment is one of the crucial steps the industry can't afford to ignore."