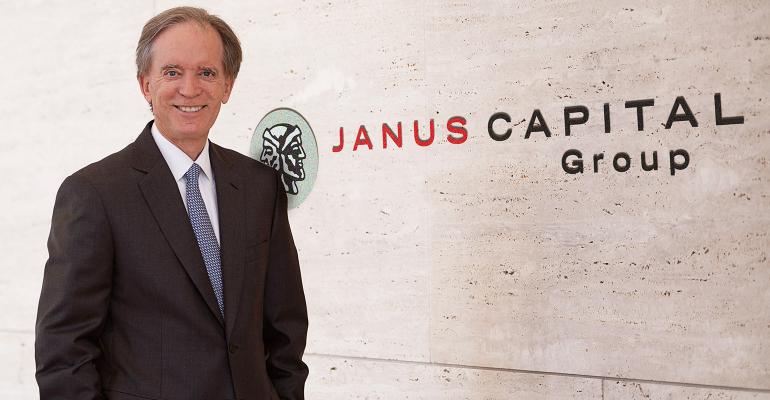 Bill Gross Says Decision to Retire Was His Own, Proud of Legacy

Gross, 74, announced his retirement Monday from his post at Janus Henderson Group Plc, the investment firm he joined in late 2014 after suddenly leaving Pacific Investment Management Co. that year.

By Melissa Karsh and John Gittelsohn

(Bloomberg) --Bill Gross said it was his decision to retire after more than four decades in money management and his performance in the last few years won’t eclipse his legacy.

“It’s been almost a half a century of watching screens and waking up in the middle of the night to check Asia and Europe," Gross said in a Bloomberg Television interview Monday. "I’ve got a few Super Bowl rings and it’s time now to enjoy myself and my family."

Gross, 74, announced his retirement Monday from his post at Janus Henderson Group Plc, the investment firm he joined in late 2014 after suddenly leaving Pacific Investment Management Co. that year.

Gross ran the Janus Henderson Global Unconstrained Bond Fund, which saw assets dip below $1 billion. He said he hasn’t taken money out of the fund and that its performance has been unsatisfactory.

“Maybe I should have stuck to total return and been a little more constrained,” Gross said.

He said he’s proud of having pioneered the total return strategies while at Pimco. There, he racked up one of the longest winning streaks of any money manager. The Pimco Total Return Fund, which he founded in 1987, became the world’s biggest mutual fund as assets swelled to almost $300 billion at its 2013 peak.

“I’m very proud of the total return concept," Gross said in the interview. "I’m very proud of the innovative assets that we were able to move into like mortgages, financial futures and TIPS and so on, which is really the basis for performance in Pimco. I’ve had a great career. I’m proud of it."