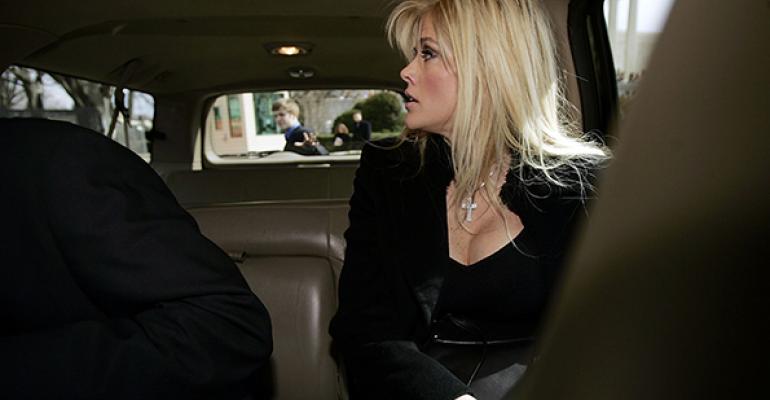 It only took 20 years

After nearly 20 years of litigation and fighting in the press, the conflict between the estates of Anna Nicole Smith and her billionaire husband J. Howard Marshall has been resolved. On Monday August 18th, a federal judge in Orange County rejected Smith’s estate’s last-ditch attempt to obtain roughly $44 million from the late Texas oil tycoon in the form of sanctions for delaying tactics employed by Marshall’s heir and lawyers throughout the long-running battle. The judge noted that Smith’s estate failed to provide sufficient evidence of actual damages suffered as a result of the aforementioned tactics.

For those who need a refresher (and after 20 years, who can blame you?), Smith (real name Vickie Lynn Marshall), who came to fame as a model in a popular series of Guess Jeans ads and several Playboy magazine spreads, married J. Howard Marshall in 1994. The pair met in the Texas strip club in which Smith worked. At the time, she was 26 and he was 89. He died only 14 months later. His will left the entirety of his estate, worth approximately $1.6 billion, to his son, Pierce, and nothing to Smith.

Smith initially challenged the will soon after Marshall’s death, claiming that he had promised to leave her more than $300 million in addition to the cash and gifts he lavished on her during his life (themselves worth roughly $8 million). A Houston court upheld the will, finding that Marshall was mentally fit and free of undue influence when he drafted the document. This ruling was later upheld by a federal appeals court.

Not to be deterred, Smith moved to California and commenced bankruptcy proceedings, in which she claimed that her husband promised he a larger share of his estate than she received.  She was successful and the court awarded her $450 million from Marshall’s estate, a number later reduced to $89 million by a federal judge in 2002. This victory was short-lived, however, as on appeal, the 9th circuit court threw the Bankruptcy court’s decision out, maintaining that a bankruptcy judge couldn’t rule on a probate case. In 2011, the Supreme Court, in a 5-4 decision, agreed with the 9th circuit and found that Bankruptcy judges lack the constitutional authority to reach outside of the bankruptcy arena into probate cases. Despite all of the salacious details and celebrity fireworks involved in this conflict, it’s this decision that will likely be it’s lasting legacy, forcing an enormous shift in case load from bankruptcy courts to federal district courts.

If nothing else, this case aptly demonstrates the importance of drafting estate-planning documents with as much clarity and specificity as possible.  Marshall’s will, ultimately, had to survive intense scrutiny from multiple levels of federal courts in several jurisdictions over the course of two decades.  Although your clients may not be billionaires and the Supreme Court probably won’t need to get involved, there are, nonetheless, numerous avenues of attack for disgruntled potential heirs to mount their challenges. Advisors must strive to ensure that their clients’ documents are well fortified against all potential assailants.