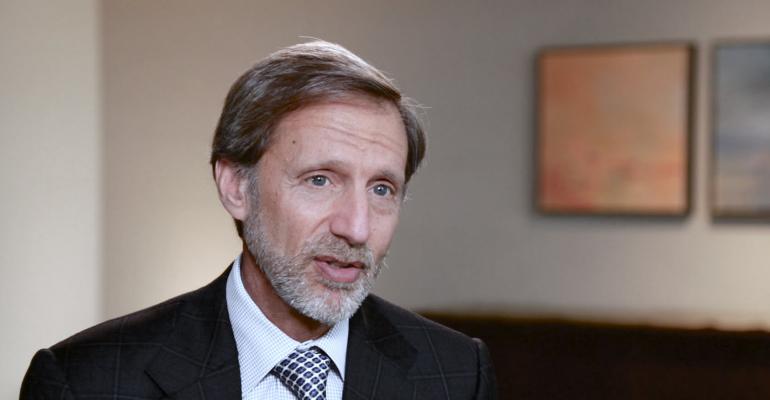 AllianceBernstein CEO Got Dumped for the Wake-Up Call

AllianceBernstein just lost a chief executive with the guts to tell a proud industry what it must do to be competitive.

(Bloomberg Gadfly) --It’s not easy to be a stock picker these days. Investors are pulling billions of dollars from traditional active managers and investing in low-cost index funds.

No one feels the sea change more acutely than AllianceBernstein Holding LP, a firm known for its actively managed funds. Its assets under management have shrunk from $800 billion in 2007 to $500 billion today.

AllianceBernstein’s parent -- Axa SA -- has apparently decided to fight back. Axa announced on Monday that it had ousted Peter Kraus, AllianceBernstein’s chairman and chief executive officer. It also replaced the firm’s independent directors.

It’s not clear, however, how the move addresses the challenges facing AllianceBernstein and other active managers. The firm’s press release was short on details. And as Jefferies analyst Surinder Thind wrote on Monday, AllianceBernstein’s conference call “produced more questions than answers.”

If Axa doesn’t know what to do about the shrinking demand for AllianceBernstein’s stock pickers, then it’s hardly alone. The firm’s peers seem to be scrounging for answers, too. Fidelity Investments launched a handful of ETFs last year. Janus Capital Group Inc. is joining forces with another active manager, U.K.-based Henderson Group Plc. Those moves reek of desperation.

Axa’s decision to fire Kraus is particularly puzzling because he understood the problem and had a credible plan to address it. Kraus told Bloomberg last year that “it’s pretty clear that active managers have not performed above their benchmarks in any great degree, and we as an industry really have to take a look at that and say what are we doing that’s not fitting the bill.” Kraus also understood why stock pickers have little hope of beating the market. He told Bloomberg that active managers “have grown too large.” In other words, there are only so many great investment ideas, and too much money either dilutes those great ideas or forces managers to invest in not-so-great ideas. The solution, of course, is capacity constraints. Kraus estimates that such caps would reduce the assets managed by stock pickers -- and presumably the fees they collect -- by 20 percent to 30 percent. That prescription likely didn’t win Kraus many friends in the industry, but it’s undoubtedly the right one.

Too many active managers still harbor the fantasy that stock picking is a boundless pot of gold, and I suspect that Kraus lost his job for giving Axa a dose of reality. AllianceBernstein charges an average of 0.88 percent a year on the 17 institutional share class funds I looked at, which is many multiples of the cost of index funds. Needless to say, AllianceBernstein can’t go on charging a premium for funds that fail to beat the indexes.

AllianceBernstein has two choices. It can lower its fees and compete with the robots delivering active management through low-cost index, or smart beta, funds. Or it can become a lean, high-conviction manager that charges a premium for a concentrated actively managed portfolio. Either way, there’s a limit to the fees the firm can collect.

AllianceBernstein just lost a chief executive with the guts to tell a proud industry what it must do to be competitive. What’s the plan now, Axa?