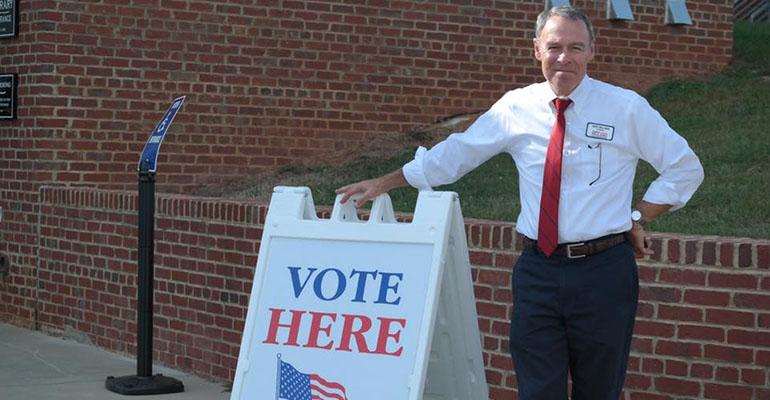 After waging a tough, yet strong, campaign, Andy Millard, a financial advisor and Democrat from Tryon, N.C., lost the bid for a seat in the House of Representatives for the state's 10th congressional district. The incumbent, Republican Patrick McHenry, retained his seat, with 63 percent of the vote. Millard, who used to run independent RIA Millard & Company, announced plans to run last year. In February, Millard sold the practice to Parsec Financial, a wealth management firm in Asheville, N.C., so he could focus on the campaign. Millard’s reaction to the outcome was not hopeless. “I made countless friendships, gave and received encouragement, and shared joys that will stay with me forever. What’s more, we made a positive contribution to the political process. It has been the journey of a lifetime,” he wrote in an email to supporters. The stock market did a temporary deep dive after Trump’s victory in the presidential election, though it has since rebounded and stabilized. But the truth is no one knows what the future will bring; markets like predictability, and Trump is, if anything, not predictable. Many suggest a bear market was in the cards soon anyway, and will only be exacerbated by the prospect of a Trump presidency; others, like DoubleLine Capital’s Jeffrey Gundlach and Ritholtz Wealth Management’s Ben Carlson, suggest a Trump presidency could lead to a debt-fueled rise in equity prices, with Carlson suggesting a potential stock market bubble. (In fairness, Carlson admits this is pure speculation, but a possibility.) Look to bond flows, he says. Trump, a known practitioner of debt-financing, goes on a deficit-fueled infrastructure spending spree; inflation takes off, interest rates rise, bond investors lose money, they yank money out of fixed-income and put it into the stock market – a bubble is formed. “I’m not making a prediction, just trying to prepare for a wide range of outcomes, which I view as healthy behavior in a world where everyone knows far less than they let on,” Carlson writes.