/sites/all/themes/penton_subtheme_wealthmanagement/images/logos/footer.png
Recent
Recent
Time for Growth: How and when you can reinvest in your business to take your firm to the next level
Oct 15, 2021
Everything You Always Wanted to Know About Social Media* (But Were Afraid to Ask)
Oct 15, 2021
Act Analytics Team to Join Sustainalytics
Oct 15, 2021
Eight Must Reads for the CRE Industry Today (Oct. 15, 2021)
Oct 14, 2021
Featured
The 10 Best and 10 Worst States in Which to Retire in 2021
Jul 15, 2021
Poll: 15 Classic Books on Investing and the Markets
Apr 03, 2020
25 U.S. Markets Adding the Most Multifamily Units This Year
Feb 03, 2021
Fifteen Must-Listen Business Podcasts for Advisors
Aug 14, 2020
Next Gen Investor
brought to you by 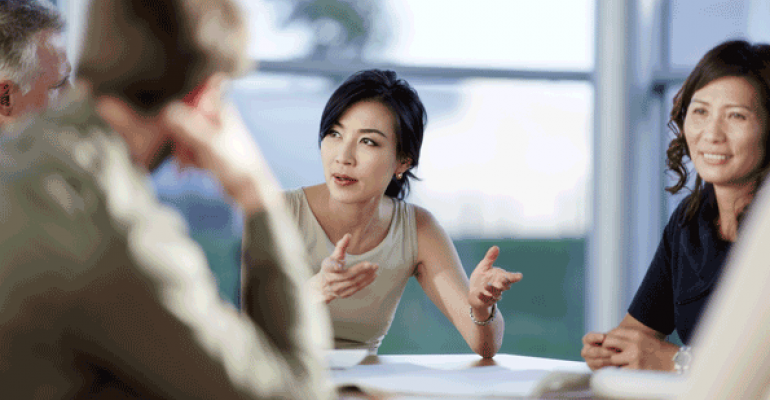 After Chelsea and her younger sister lost their mother a year ago following a stroke, the family’s financial advisors did more than just make recommendations regarding the roughly $3 million the two young women were set to inherit.

“They were very kind and went out of their way to help us,” said Chelsea, 30. They not only gave careful and patient explanations but showed true concern. Knowing Chelsea was overwhelmed by her mother’s death and caring for her newborn baby, they went to her house and “just hung out.”

According to Chelsea, largely because of their patience, thoughtfulness and willingness to listen, these advisors are still working with her and her family, an uncommon scenario according to the oftenâcited statistic that 90 percent of today’s heirs don’t retain their parents’ advisors.[1] Like Chelsea, some of those heirs will be women, as $30 trillion in interâgenerational wealth changes hands over the next 40 years.[2] But unlike Chelsea, many heirs may not see a strong enough reason to stick with their parent’s advisor.

This may have nothing to do with an individual advisor or his or her performance, industry experts say: according to the report by global consulting firm Accenture “The ‘Greater’ Wealth Transfer: Capitalizing on the Intergenerational Shift in Wealth,” Millennials are less trusting of financial advisors than previous generations.[3]

“[In our experience], the kids don’t necessarily have bad feelings toward the advisor; they just don’t feel connected to him or her. And they don’t feel that they were treated as a partner in the decision making,” said Robert N. Grant of Grant & Gordon LLP, a law firm specializing in the transfer of wealth. “The person is almost always viewed as their parents’ advisor, and often they want to get their own advisor. That doesn’t always happen, but it can be part of establishing their independence, outside of the shadow of what are sometimes very successful parents with strong personalities.”

The good news is that losing the family’s business when a client passes away is not inevitable. There are practical strategies for retention that advisors may want to consider using both before and after a client’s death.

Not Your Parent’s Advisor

Establishing a relationship with the entire family and meeting with inheritors long before the principal client passes away may seem like a nobrainer, but there’s more to it than just including clients’ heirs in meetings. Heirs may need to feel their own connection to the advisor.

For example, Anne Rieder, managing director at VennWell, says her firm builds trust and establishes a connection with clients’ heirs by treating their personal financial planning as part of the clients’ package and fee. “We will offer to do a financial plan for those family members. Even if they’re in their twenties and just investing in a 401(k),” Rieder said. “We give them 2 the same level of service because we look at the family as the relationship, not just the person.”

There are also very real generational differences to consider, such as preferred methods of communication—email versus text, for example. Jane Williams, Chairman and coâfounder of Sand Hill Global Advisors, says her firm often assigns a younger, more compatible advisor to work with the heirs. “We really want to see advisors be able to relate to the next generation,” Williams said.

Grant agrees that this may be an effective way of getting around the difficulty of changing habits of older advisors. “If the investment advisor is relating to someone who has grown children, they will typically not be young themselves. And that ability to adjust to a younger generation requires skills that many traditional, older advisors don’t necessarily have or are unwilling to take on. Habits are difficult to break.”

So are personal styles. If you want a relationship to continue after the principal client passes, then you may want to consider the huge emotional component of inheriting money, especially with female clients. “Often female clients complain that the advisor would listen, but they felt like they were just listening enough to then be able to develop a plan,” said Kathleen Burns Kingsbury, author of How to Give Financial Advice to Women: Attracting and Retaining HighâNetâWorth Female Clients. “Female clients want to be listened to in a way where they feel understood and cared for, and then they can make a plan.”

This may mean being patient, waiting until the person is ready to deal with the money, and remembering that along with inherited money most often there comes a set of complicated emotions.

“It can feel a little uncomfortable because it’s knotted up with the pain of loss,” Williams said. “A lot of our clients feel an awesome responsibility, not just a gift or sense of freedom, though it may bring those feelings as well. Some people even feel guilt when they get this money.” Chelsea certainly understands this. “It’s very hard to accept and use the money,” she said. “We grew up pretty wellâoff, but my parents worked very hard for that money.”

Part of Chelsea’s inheritance from her parents—her father passed away before her mother—was placed in a trust that she and her sister don’t have full control over until they’re 35. Their parents’ financial advisor, now her advisor, is coâexecutor, so Chelsea has to get the advisor’s approval before she can use the funds. This adds to the feelings of guilt, Chelsea said, even though she’s only taken money out of the trust for such practical things as starting a college fund and childcare for her baby. “It still feels strange to ask for it,” she said.

Indeed, the feelings around inheriting money may best be addressed early on, says Eleanor Blayney, the CFP® BoardÊ¹s consumer advocate. “People don’t have these discussions with their elderly parents,” Blayney said. “They don’t want to because it seems like they’re just waiting to see what money they get. Sometimes the best role a financial planner can play is to facilitate these conversations. Get people around the table and take some of the 3 stigma out of the discussion of money between parents and kids.”

Of course, one advisor’s loss can be another’s gain when inheriting clients walk away from their parents’ wealth managers. According to Accenture’s “The Greater Wealth Transfer,” the most important traits to consider if you want to attract Millennials are their tendency to use social media for recommendations and to do their own research online before they contact you.[4]

“Having a strong online presence has always been a priority,” Rieder said. “This year, we refreshed our website and launched an online portal where clients may access their account information anytime, and we will be rolling out a mobile app in the first half of 2015. This is the kind of account access the next generation is looking for, and we are prepared.”

Based on the discussion above, here are some strategies advisors may want to consider to help retain clients through the generations:

For investment professional use only. Not for distribution to the public as sales material in any form.

Fidelity Investments does not provide advice of any kind. The content provided herein is general in nature and is for informational purposes only. This information is not individualized and is not intended to serve as the primary or sole basis for your decisions as there may be other factors you should consider. You should conduct your own analysis, review, and due diligence based on your specific situation. You are responsible for evaluating your own specific needs and making appropriate decisions. The information provided herein is not meant to be exhaustive of all possible options you may consider.

The third-party speakers referenced herein are neither affiliated with nor an agent of Fidelity, and are not authorized to make representations on behalf of Fidelity. Their input herein does not suggest a recommendation or endorsement by Fidelity. This information was provided by the third-party speakers and is subject to change. There is no form of legal partnership, agency, affiliation, or similar relationship among an investment professional, the third-party service speakers, and Fidelity Investments, nor is such a relationship created or implied by the information herein.

[2] Accenture, “The ‘Greater’ Wealth Transfer: Capitalizing on the Intergenerational Shift in Wealth,” 2012.