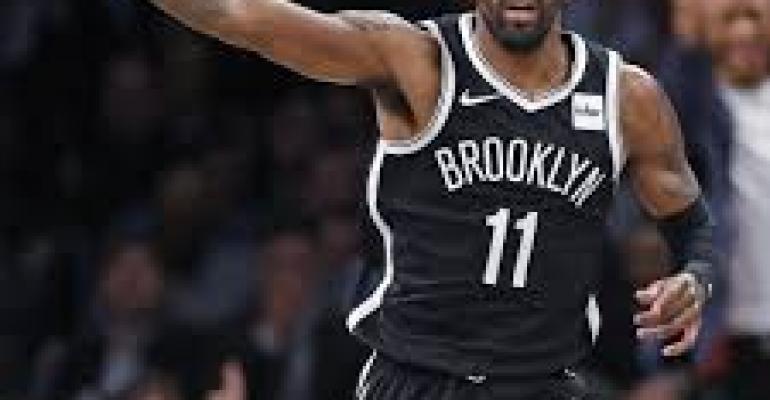 UBS financial advisors Antwyne DeLonde and Walt Williams were tapped Monday by NBA superstar Kyrie Irving to provide financial education and manage $1.5 million he set aside through his newly created KAI Empowerment Initiative for as many as a dozen WNBA players opting to sit out the 2020 season.

Irving, whose three-pointer over the Warriors’ Stephen Curry in Game 7 of the 2016 NBA finals helped seal the Cleveland Cavs’ stunning comeback against Golden State, said Monday in a statement that the money is intended to “relieve some of the financial strain imposed during these challenging times…whether a person decided to fight for social justice…focus on physical or mental health, or simply connect with their families.”

The idea, Irving said, came from talks with a number of WNBA players that were facilitated by the Washington Mystics’ Natasha Cloud the Seattle Storm’s Jewell Loyd, that woke him up to the “challenges and opportunities of their decisions and how it will impact their lives, family, and overall wellbeing.”

Cloud, an anti-gun and Black Lives Matter activist, is one of 4 players who has decided to sit out the season to promote social justice; most of the remaining 8 players and coaches who are sitting out are doing it for health reasons, according to NBC Sports. The WNBA season started July 25.

Irving has demonstrated an ardent commitment to social justice in the wake of the murder of unarmed black man George Floyd in Minneapolis by several police officers in June, which set off a series of protests nationwide. According to ESPN, Irving made a plea to a group of NBA players to opt out of the season on a conference call in June (it resumes July 30) in part to address systemic racial injustice. Irving went on to produce a one-hour documentary that aired in the second week of July on Players TV about Breonna Taylor, another unarmed black person who was killed by Louisville plainclothes police in March, according to Forbes.

DeLonde and Williams told WealthManagement.com Monday that they will be offering whoever signs up for Irving’s initiative UBS’s “Own Your Worth” financial literacy program, which launched earlier this year to empower women to take a more active role in managing their families’ finances. The program grew out of UBS research first published in 2018 that found women were not playing enough of a role in steering family finances, a problem which was only exacerbated during the pandemic.

The resources for the program were created at UBS’s Manhattan headquarters by its Client Strategy Office Segment team, whose Womens Segment is run by Carey Shuffman. Materials are distributed on a nationwide basis through the company’s over 6,000 advisors.

The average WNBA player, said Williams, makes about $115,000 per year and plays in Europe in the offseason.

Like most pro athletes, she “has a short window to make money that often needs to last a lifetime,” said Williams. “If you’re the greatest to ever play the game” in most sports, said Williams, “you will retire in your 30s.” Hence the need for financial literacy, he said. “The lessons you can learn can last a lifetime, so part of the process is always to be conscious of the long term, and to get good habits in place,” Williams added.