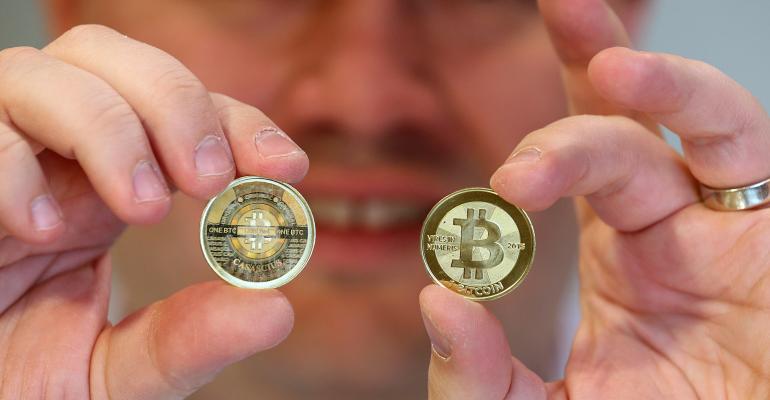 It's The Most Wonderful Time Of The Year For Bitcoin

Bitcoin has a strong run and a former SEC official is accused of not showing up for work.

Bitcoin may not be the headline-seizing phenomenon it was a few years ago, with more focus given these do the blockchain technology underpinning it, but the cryptocurrency continued to surge in value as the rest of the stock market lay quiet. Bitcoin was up 5 percent against the dollar in London before markets opened in the U.S. and broke past $900 per coin for the first time ever, eventually reaching $913.13. Market analysts aren’t entirely sure what to make of the rally. “Nothing is moving at the moment like the digital currency, which is blowing right through the roof,” Mati Greenspan, a senior market analyst at eToro, told Business Insider. “Please remember though that this is an incredibly high risk asset. We could easily see further jumps of $300 or more in either direction before the excitement fades."

Former SEC Official Accused of Not Showing Up For Work The SEC inspector general has accused a former agency official of not accounting for 1,200 hours of work, for which the individual was paid $125,000, the Wall Street Journal reports. While the SEC has not officially identified the former employee, the Journal named Erozan Kurtas as the mystery man who allegedly didn't show up for work. Kurtas left the SEC in 2015 to work for FINRA, where he currently serves as head of the office of advanced data analytics, and he denied the allegations through his lawyer. Because of "insufficient dollar loss and potential venue challenges," federal prosecutors declined to press charges.


Rise of the (Cat) Robos Advisors aren’t the only ones whose jobs are being threatened by rapidly improving technology, not even pets are safe! According to a recent New York Times report, the Memory Care unit at Hebrew Home in the Bronx has turned to robot therapy cats in order to soothe the chronic agitation and anxiety suffered by resident Alzheimer’s and dementia patients. Normally, the home makes extensive use of live therapy animals, but “at 3 in the morning if there’s someone who’s agitated on Memory Care, you’re not going to have an actual dog there,” said Wendy Steinberg, a spokeswoman. The untethered pooch! The technology has advanced such that companies like Joy for All Companion Pets can now produce various models of robotic pet at a reasonable price point. What will the robots come for next?