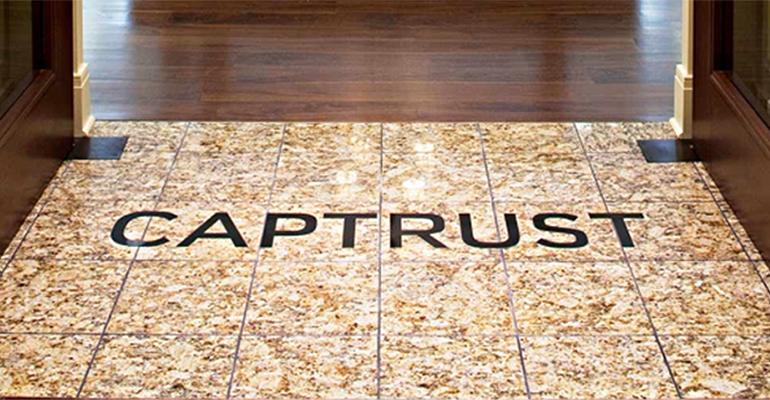 The deal represents Captrust's fifth acquisition so far this year, adding 17 professionals and $2.1 billion in assets.

The Greenville, S.C.-based RIA is led by partners Bob Nachman, Ben Norwood, Wes Boyce, Al Cannon, Maura Copsey, Gary Davis, and Russ Miller, and manages $2.1 billion in assets under management. The transaction will add a total of 17 professionals to Captrust.

The team went independent in 2007, when it joined Wells Fargo Advisors Financial Network. Despite the success it has had reaching billion-dollar milestones by adding more advisors and building a service model, it didn’t possess enough scale to compete for the next billion-dollar goal.

“We cannot rest on our laurels; we needed to get better and better,” said Nachman. “We realized we could not do that on our own.”

The RIA chose Captrust, a firm it had been building a relationship with for more than 10 years. Rush Benton, senior director of strategic growth at Captrust, said the relationship made it easier to identify NNP as a good cultural fit. Benton added that NNP has a similar client base, provides financial services in a holistic way, is growth minded, and has three appealing lines of business that include wealth management, qualified plan consulting and endowment and foundations.

“Firms that have done a great job in growing themselves, in some ways, get to the top of the hill and realize that hill you just climbed is a foothill to a bigger one; you get to a point where having some scale and additional resources and strong partners alongside of you becomes more attractive,” said Benton.

The acquisition allows NNP to provide a continuity and succession plan, as well. Nachman said no one is ready to retire, and the firm has secured a second and third generation. But there are a handful of partners who are nearing retirement, and Captrust will help ensure client services go uninterrupted.

Nachman chose this year to sell the firm because he wanted to be in a position of strength since valuations are at its highest, the market is good, and there’s a looming threat of tax law changes, he said.

NNP started in 1996 at Wheat First Securities, and eventually found itself at Wells Fargo Advisors through a series of acquisitions.