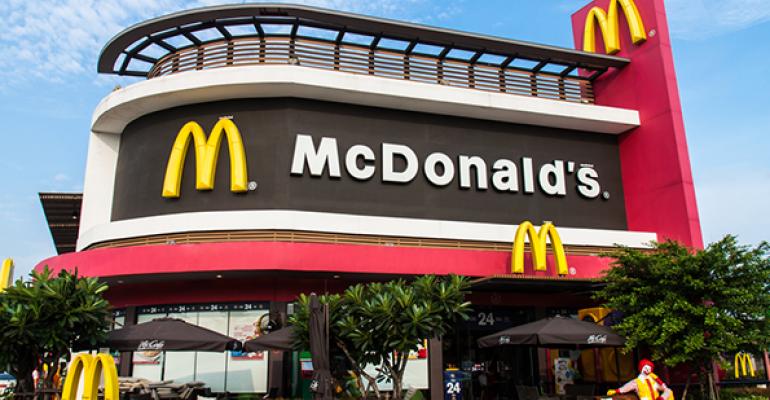 Steady investor demand has kept restaurant net lease cap rates in the low range during 2017. In the casual dining net lease sector, quick service restaurants (QSRs) are winning, even if by a photo finish.

Cap rates in the sector averaged 6.11 percent in the third quarter of 2017, tightening by just 8 basis points from 6.19 percent in the first quarter of the year, according to research from Northbrook, Ill.-based net lease brokerage firm The Boulder Group. Within that range, plenty of differentiation was happening between franchisee-backed and corporate-backed net lease properties. Although franchisee-owned dining properties experienced plenty of demand from investors, corporate-owned restaurants came in with tighter overall cap rates on completed deals.

Some public companies have created business models around owning franchisee-based net lease properties, giving confidence to investors about the quality and transparency of the property owner’s balance sheet.

“The differences are due to the financial strengths of the guarantors,” says Matthew Berres, a senior vice president in the net lease group of JLL Capital Markets. “Many QSRs are owned by publicly-traded companies, which allows for a very large buyer pool. It gives them access to financial records and allows them to make more informed decisions and gives them more comfort level long-term.”

“What I try to recommend [to investors] is that you could end up with a more attractive yield with a franchisee as long as it’s backed by a strong balance sheet,” Berres says. “You can see a deal where a franchisee has one location and you might have perfect clarity on the balance sheet.”

In general, on a trailing 12-month basis, an investor can probably expect to see plus or minus 50 basis points of cap rate differentials from a corporate-owned to a franchisee-owned restaurant, depending on the strength of a franchisee or corporate entity.

By the end of the first half of 2017, retail net lease cap rates were averaging about 5.7 percent, on transactions totaling about $4.9 billion, according to a second quarter outlook from JLL. From the second quarter to the third quarter, the average cap rates for QSRs remained relatively stable, Berres says.

A growing proportion of tenants with ground leases, however, have seen cap rates fall by close to 20 to 25 basis points, he notes. But rising interest rates in 2018 are expected to push those cap rates up across the QSRs segment, he adds.

Going into 2018, major restaurant operators will also be tackling other macro trends, such as ongoing competition with supermarkets and emerging food halls for their share of Americans’ dining dollars. For example, Applebee’s is reportedly retreating from changes that it made to its interiors and menus in an effort to lure more business from millennial consumers. Ruby Tuesday shareholders have sued the Maryville, Tenn.-based company claiming that its $335 million deal to sell to Atlanta-based private equity group NRD Capital is undervaluing the chains at $2.40 per share.

But none of these issues are expected to significantly dampen investors’ preference for restaurant net leases, for several reasons. Private and 1031-exchange investors will continue to be the primary buyers of stand-alone restaurant net lease properties, mainly because they are willing to pay lower cap rates for properties than institutional investors, Feeney says. In addition, a fair amount of net lease drug store tenants, such as Walgreens or CVS, operate from what are considered “flat leases.” That means the investor sees only a slight rental escalation in year 11 of the primary lease.