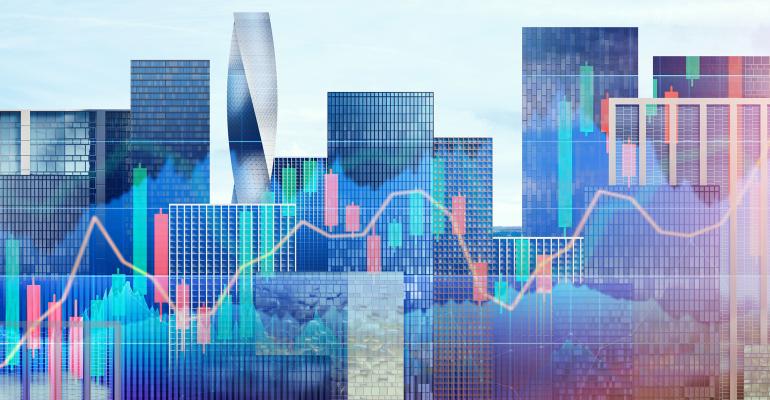 Net Lease Sector Showed Strength in the Fourth Quarter of 2020

Outlook for 2021, however, is more uncertain.

While many sectors of commercial real estate continued to struggle in the fourth quarter of 2020, investors’ preference for net lease assets remained strong. Investment sales activity in the sector rose to the highest level in four quarters and average cap rates reached record lows, according to the most recent report from the Boulder Group, a boutique real estate investment services firm specializing in single-tenant net lease properties. At the end of the third quarter, the net lease share of all investment sales activity in the U.S. commercial real estate market reached 18.4 percent, compared to its five-year average of 11.8 percent, reported real estate services firm CBRE.

While the Boulder Group is still estimating the total volume of net lease investment sales that took place in the fourth quarter of last year, it expects that it will be the highest posted in 2020. An estimate made by the net lease brokerage firm Stan Johnson Co. at the beginning of the quarter put the full-year figure at around $50 billion, a drop of about 37 percent compared to the volume of sales closed in 2019, but still more than double the annual volume the net lease sector was able to achieve a decade ago, according to Stan Johnson researchers. The relative strength of activity in the net lease sector was driven by a combination of optimism surrounding the COVID-19 vaccine approvals, the outperformance of tenants involved in e-commerce operations and the record low interest rates.

According to Stan Johnson data, cap rates on sales of all net lease properties averaged 6.15 percent at the end of the third quarter, down 5 basis points compared to the same period in 2019. Industrial cap rates averaged the lowest, at 6.05 percent, followed by cap rates on retail-occupied assets, at 6.14 percent, and office-occupied assets, at 6.28 percent. However, through the third quarter, sales of office and industrial net lease properties drove 80 percent of the market’s investment sales activity, Stan Johnson researchers note. Those were the assets favored by publicly-traded REITs and institutional buyers, while private buyers accounted for 72 percent of transactions involving single-tenant retail properties.

Overall, domestic private buyers continued to be the investor group most active in the U.S. net lease market, according to Stan Johnson Co., though their share of the market shrank from 41 percent in 2019 to 39 percent in 2020. There were somewhat fewer international buyers looking for net lease acquisitions in 2020, accounting for 9 percent of the market vs. 12 percent in 2019. But domestic publicly-traded REITs increased their share from 14 percent to 16 percent and end-users increased their share from 8 percent to 10 percent during the period.

The strength the net lease sector has shown in 2020, however, does not necessarily mean things will continue to chug along smoothly in 2021. Among the uncertainty net lease investors face is not only the fate of any additional stimulus for the U.S. economy and the pace of vaccine distribution, but the new Presidential administration’s plans for 1031 exchange transactions. President-elect Joe Biden has previously said he would like to do away with 1031 exchanges for investors with annual incomes greater than 400,000. If that measure comes to pass, it would “severely impact the net lease sector,” according to the Boulder Group report.