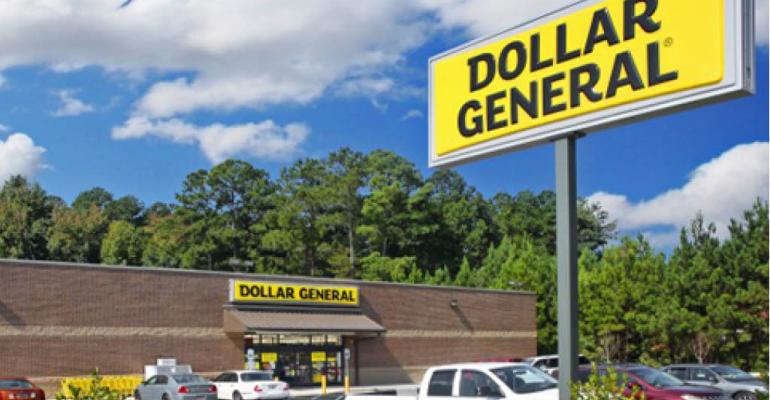 Dollar stores have avoided many of the troubles shaking up other segments of the retail industry because these stores are largely resistant to the “Amazon effect.”

They aren’t sexy, but they are stable. Dollar stores—buoyed by budget-cutting consumers and largely insulated from the rise of e-commerce—are small, but mighty workhorses for some REITs.

Two of the three big operators of dollar stores — Family Dollar Stores Inc. and Dollar General Corp.—are among Vereit’s 10 biggest tenants. In all, these two dollar store chains make up about 6.5 percent of the REIT’s annualized rental income.

Dallas-based Spirit Realty Capital Inc. is another of the publicly-traded net lease REITs benefiting from the growth of dollar stores. The REIT’s portfolio includes more than 80 dollar stores totaling nearly 850,000 sq. ft. However, that represents just 1.3 percent of the REIT’s normalized rental revenue.

Dollar store properties benefit from a strong retail sector and great tenants, Wolfe says. However, he adds, many REITs haven’t taken aim at the dollar store segment because of the properties’ low price points.

In a report covering the second quarter of 2017, The Boulder Group, a Northbrook, Ill.-based brokerage and advisory firm specializing in single-tenant net lease properties, notes the median asking price for dollar stores under the banners of Dollar General, Family Dollar and Dollar Tree varied from nearly $1.3 million to $1.8 million. Median cap rates ranged from 6.7 percent to 6.9 percent, the report shows.

Some REITs might also not be adding dollar stores to their portfolios now because they’ve accumulated so many of these properties over the past five years or so, says Zach Wright, who specializes in net lease properties at Denver-based commercial real estate firm Pinnacle Real Estate Advisors LLC.

According to the Boulder Group, net lease properties in the dollar store sector will remain attractive to investors thanks to the higher yields compared with other net lease assets. Most of the demand for this asset class will continue to be in new construction, as investors aim to take advantage of the full lease terms. At Dollar General, for example, new build-to-suit stores typically have 15-year triple net leases, according to Herndon, Va.-based Calkain Cos., a commercial real estate firm that specializes in net lease properties.

Dollar Tree and Family Dollar merged in 2015. The combo operates more than 14,500 stores across North America, with a target of expanding to 26,000 stores in the U.S. and Canada. That compares with Dollar General’s 14,000 stores; the retailer says it’s adding nearly 1,300 stores in fiscal 2017.

A typical dollar store encompasses less than 10,000 sq. ft. in a single-tenant location.

In the second quarter of 2017, dollar stores built in the previous 12 months represented more than 57 percent of the supply of net lease properties in the dollar store category, according to The Boulder Group. The firm attributes that to the “aggressive pace” of expansion by dollar store retailers and a slower pace of acquisitions by institutional buyers.

“The average American consumer is experiencing stagnant wages and is as cost-conscious as ever, which ultimately bodes well for the future of dollar store properties,” Wright says.

Wright says dollar stores have avoided many of the troubles shaking up other segments of the retail industry because these stores are largely resistant to the “Amazon effect,” with a lot of customers located in secondary and tertiary markets where e-commerce is more cost-prohibitive and less efficient than it is in primary markets.

Moreover, dollar store customers are less likely to shop online than other consumers are, and dollar store chains still rely greatly on their brick-and-mortar presence rather than investing heavily in e-commerce.

“Dollar stores are poised for continued success in the future,” Wright says. “Despite their rapid new store expansion, the dollar stores have been careful to avoid cannibalization, as evidenced by long periods of same-store sales growth.”