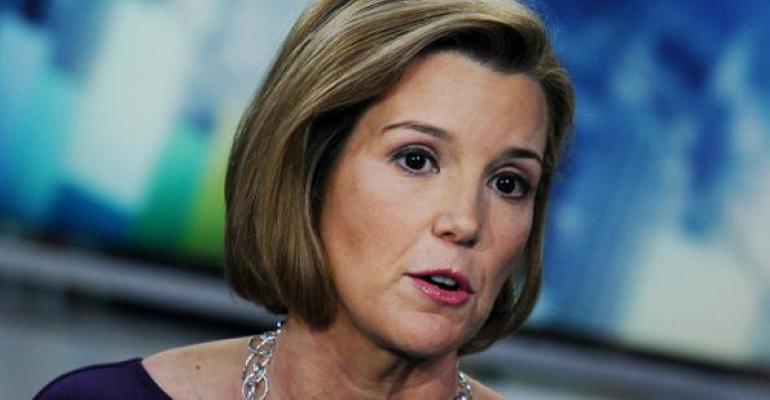 Sallie Krawcheck, the former head of Bank of America’s wealth management group, announced the next chapter in her long career in financial services with the launch of the Pax Ellevate Global Women’s Index Fund (PXWEX), a mutual fund that will invest in top-rated companies around the world aimed at advancing women. Krawcheck has partnered with Pax World Management to manage and market the fund.

“As women’s economic engagement and purchasing power continues to grow, we believe this type of senior-level diversity will matter even more,” Krawcheck said. “Many CEOs I speak to, of both genders, recognize this is no longer a woman’s issue, but a business performance issue. And this type of investing represents a markets-based solution to the very real business opportunity, and business challenge, of diversity.”

Last May, Krawcheck made a splash when she invested in the women’s network 85 Broads, with the goal of transforming the network of female financiers into a business opportunity that can improve economic opportunities for women and invest in women-owned businesses. As part of the announcement to create the fund, she’s also rebranding 85 Broads, which will now be Ellevate. She’s also launched a new online platform for the network.  The network now has more than 34,000 members worldwide.

“Our choice of the name Ellevate not only gives a nod to the gender of our community, it reflects our action orientation and underscores our broader commitment to the economic engagement of women,” Krawcheck said, in a statement.

The group also added a new membership level for entrepreneurs—women looking to connect with other enterprising women.

The index fund is the successor to the Pax World Global Women’s Equality Fund, which merged with the Pax Ellevate fund, and will closely correspond to the Pax Global Women’s Leadership Index, an index of companies that demonstrate a commitment to advancing women through gender diversity on their board, executive management and through other policies and programs, according to Pax. The index includes such companies as Avon Products, Procter & Gamble, Xerox, Deutsche Telekom and AstraZeneca.

“The business edge that often comes from more diverse leadership teams is an investment idea whose time has come,” Krawcheck said. “These are not niche companies. Many are widely-recognized brands in their fields, and I look forward to shining a spotlight on – and helping putting capital behind –the kind of progressive thinking that can yield strong company performance.”