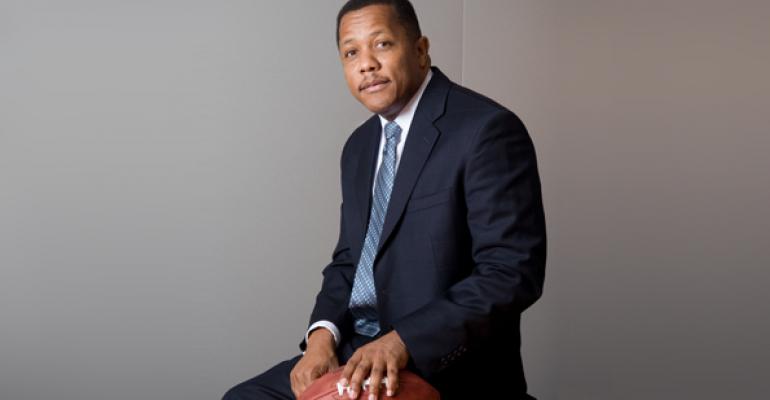 &ldquo;When the game starts, no one cares what university you went to, or what size you are. You have to make the play if the play comes to you and it&rsquo;s your play to make. In this business, you have to deliver, and if you don&rsquo;t deliver, they will replace you.&rdquo; 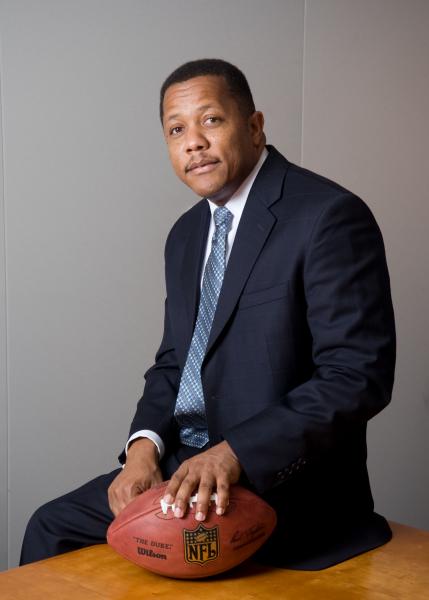 Most of us love football season—the tailgating, the Monday nights, the suspense, the beer. In honor of football season, WealthManagement.com spoke to former NFL cornerback turned investment manager, Eugene Profit. After five years in the NFL with the New England Patriots and the Washington Redskins, he founded Profit Investments, and now manages the Profit Fund (PVALX), a large-cap mutual fund, and the Profit Opportunity Fund (PROFX), a small-cap mutual fund that will soon be liquidated. Profit (his family name) discusses the parallels between playing professional football and managing people’s life savings. He also provides some words of wisdom on advising athletes.

WealthManagement.com: Why did you stop playing football after five years?

Eugene Profit: I injured my hamstring in the last game that I played. Being a cornerback, which is the position I played, speed was probably one of the most important factors to have, and the degree that the hamstring had had, I was not going to get back to the same level of speed. Regrettably I retired.

Most NFL players retire with some degree of regret, because no one’s ready to retire. Everyone wants to play another year. A lot of players are injured; you play with injuries. It’s a tough game. But it also gives you plenty of opportunities to do things that not everyone gets to do. People often ask me to compare and contrast this business to playing football. You’re not standing in front of 80,000 people, and if you make a mistake, they see. But quarter by quarter, people are looking at your investment performance—your clients, ratings agencies, and the like. You may not hear it from them directly, but you do hear it from them. There really is nowhere to hide from your individual performance. But I’m OK with that.

WM.com: Is this an aspect of football that you brought over to the investment management industry?

EP: Yes. When the game starts, no one cares what university you went to, or what size you are. You have to make the play if the play comes to you and it’s your play to make. In this business, certainly you get some advantage of pedigree and where you came from. If you’re coming out of some of the main Wall Street firms, investors give you a little bit of the benefit of the doubt. But once you get the benefit of the doubt, you have to deliver, and if you don’t deliver, they will replace you.

No one gave me a break for coming from an Ivy League school (Yale), and I wasn’t the biggest guy on the field; no one cared. It was about what you produce. I think that’s a nice lesson to have learned because it does serve me well here. I don’t go to my clients and say that we underperformed because the market environment was off, or prices were high, or interest rates didn’t go where we wanted them to. The bottom line is, it’s the same market for everyone—the same securities. We all have our processes and beliefs and how we see that information that we’re analyzing, and it ends up in what we put in our investment portfolios, and that’s what we’re judged on. We’re paid to be right the majority of the time. I appreciate learning those lessons from football.

WM.com: We always hear statistics about athletes going bankrupt very quickly and burning through their earnings. How did you deal with coming into fame and money very quickly?

EP: Athletes are young when they come into their success, and many don’t have any perspective on financial management. Same way that young doctors, young lawyers, new lottery winners have issues with new levels of wealth accumulation.

The key is advisors have to allow the athletes to make some initial mistakes, and try to limit those as much as they can. If I’ve been going my whole life with this dream of playing in the NFL, I have some perspective of what that means. It might mean I have a big house, the hottest car, if you will, or the model girlfriend. If you basically try to give them financial terms, and tell them that that’s just wrong or inappropriate, they’re not listening to you. They’re going to surround themselves with people who endorse what they think it is that they want to do. It’s really just a lack of education around some of the fundamental precepts of wealth management.

It’s also caused by the fact that athletes have sudden ends to their careers. The same things that make you successful as a professional athlete causes you to take too much risk with your money, while you’re playing and even post-playing, because you’re accustomed to being able to get it done. You have the resources; if you want to start a restaurant, you start a restaurant. But what you fail to realize is that you know nothing about the restaurant business. You’re not the star-restaurateur. If you’re going to do something post-career, hire people, engage with people who have experience doing it, that really are the pro-ball player in that business you’re trying to get into. You might have a little bit better success with it, or it limits the amount of resources that you’re allocating to it.

WM.com: How did you go from the NFL to starting your own investment firm?

EP: Going back to college, I studied economics but also was having a pretty good athletic career. I saw that I might have an opportunity to play professional sports, but more importantly I knew that even if I made a team and had a 10-year career, which would be fantastic, I’d still had a lot of life to live and a lot of other things that I wanted to do.

I was fortunate enough to make a team and play basically for five years, and once I stopped playing, I started to move back towards the financial world, starting with being a stockbroker at Legg Mason here in Bethesda, Md. But I wanted to run investment portfolios on my own, meaning I wanted to pick stocks. This was back in the mid-90s, and Legg Mason was starting to go through a transition. Stockbrokers really have become asset aggregators; they collect the money mostly and then pass it off to other people to manage in the form of mutual funds or separate account management. They were really discouraging brokers from managing individual stock portfolios.

I left Legg Mason after two and a half years and started this firm in 1996, really to focus on high-net-worth professionals, and ended up starting a mutual fund six months after we launched the firm, The Profit Fund. This was our first fund inside of our institutional composite, where we currently manage about $1.9 billion. We started that mutual fund with about $300,000.

WM.com: There are so many small equity managers out there. What differentiates you?

EP: Historically we’ve shown a propensity to protect portfolios in down markets while also keeping up in upside markets. A lot of conservative growth managers only protect in downside; that’s where they make the bulk of their returns. You have to find the advisors that understand that—your performance is not just the number that they see at the end of a quarter or a year. It’s how you got that performance—the amount of volatility around the portfolio and what they’re expectation should be in different markets and the like.

One thing that a lot of advisors probably don’t see is sometimes you have lots of mutual funds where one period dictated the returns. So a manager or a fund looks a lot more attractive than it really is, because of a short period of time where the manager knocked the ball out of the park. The rest of the time, they’ve been somewhat mediocre.

Our board recently decided to close and liquidate the small-cap mutual fund, in great part because we’re seeing the same thing we saw over the past 16 years in the large-cap portfolio, which is the time period that the fund has to be in existence to be considered credible, the amount of assets that it has to have to get on the various platforms that you have to be on, keeps extending. So even though we have a seven- or eight-year record in small-cap and strong performance, it’s almost a non-starter for our small-cap mutual fund for another two years.

WM.com: Who are you rooting for in the upcoming football season?

EP: This town (Washington, D.C.) is excited about the new quarterback, RGIII (Robert Griffin III). Whether or not there’s enough there for them to get all the way to playoffs, I think they’ll be better than they were last year.

It’s hard to say right now with the NFL who’s going to come out at the Super Bowl. The last two years, wildcard teams going into the playoffs ended up winning. I don’t think it’s as much parity as it is free agency, which has created a situation where teams don’t have as much depth as they once had. So if a key person gets injured, while the backup is capable, they’re not at the capacity of the starter. Sometimes things fall apart based on that.