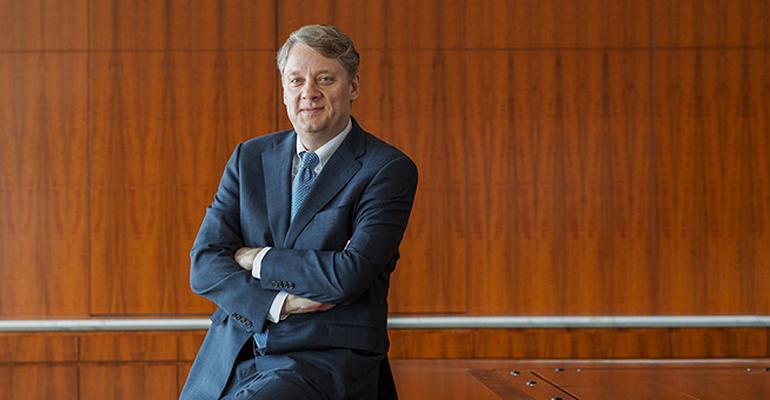 The smaller closed-end fund managed by Ivascyn has outperformed the larger Pimco Income Fund over the past five years.

By Charles Stein and John Gittelsohn

(Bloomberg) --Investors in Daniel Ivascyn’s Pimco Income Fund have enjoyed stellar returns. Those who put money in his much smaller closed-end fund have gotten those gains on steroids.

“Because it is a closed-end fund, we have more flexibility to deploy leverage and invest in bonds more broadly across the liquidity spectrum,” Alfred Murata, Ivascyn’s co-manager on both funds, wrote in an emailed response to questions about the gap in performance. Joshua Anderson is also a co-manager of the smaller fund, which started in 2012. Unlike traditional mutual funds, closed-end funds trade throughout the day on an exchange and don’t accept new money after an initial public offering. Most use leverage to invest in assets such such as mortgages, municipal bonds, high-yield debt and stocks.

The Dynamic Income Fund was 47 percent leveraged as of June 30, boosting its managed assets to $2.6 billion, according to Pimco’s data. About two-thirds of its holdings were mortgage-backed securities without government guarantees, compared with about a quarter of the Pimco Income Fund. More than half of the Income Fund was in low-yielding, low-risk government-related securities, compared with negative 1.5 percent exposure at the closed-end fund.

Ivascyn, 47, is Newport Beach, California-based Pimco’s group chief investment officer. Pimco Income Fund, which celebrated its 10-year anniversary by overtaking Metropolitan West Total Return Bond Fund in assets earlier this year, is no slouch: it’s beaten 99 percent of its mutual fund peers over the past five years, according to data compiled by Bloomberg.