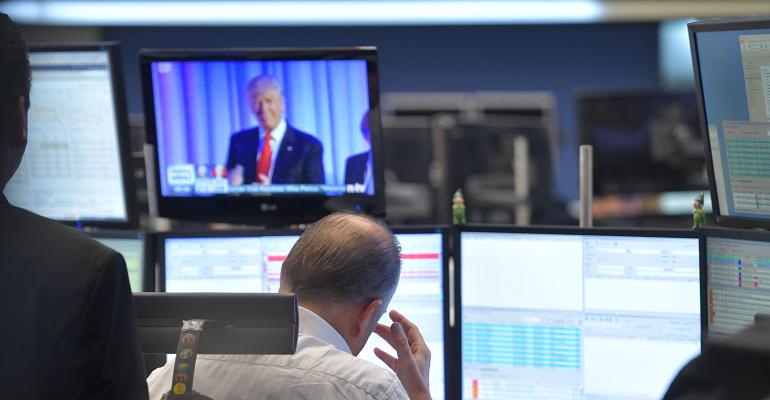 Inflows have been robust for U.S. equities, mutual funds and ETFs.

Though financial markets have been broadly skeptical about the ability of the Trump presidency to pass significant political reforms since he won the U.S. elections, funds have enjoyed inflows and have seen the value of their holdings rise as global financial markets enjoyed double-digit returns.

As the Trump presidency approached a one-year anniversary on Wednesday, total net assets under management of U.S. mutual funds including exchange-traded funds climbed by a sixth to $21.1 trillion over the one-year period ending Sept. 30, according to data from Thomson Reuters.

Equity funds were the leaders with assets under management for stock funds seeing the biggest increase over that period with total assets rising by a fifth to $11.4 trillion as of end-September global stock markets hit new peaks.

U.S. stocks hit a record high on Monday with stocks up more than 15 percent year-to-date while an index of high yield U.S. bonds is up by a similar quantum in that period.

While performance has been a key driver as rising markets pushed up valuations, inflows have also been robust, especially to passively managed funds as active managers faced another year of fierce competition from their exchange-traded counterparts.

Of the $691 billion of net inflows that was pumped into U.S. mutual funds over the one-year period ending Sept. 30 2017, about $685 billion have gone into passively managed funds.

In the fixed-income space, inflow trends were a bit more evenly matched with actively managed funds seeing $145 billion of net inflows compared with $191 billion of inflows into bond exchange-traded funds in that period.