/sites/all/themes/penton_subtheme_wealthmanagement/images/logos/footer.png
Recent
Recent
Seven Must Reads for the CRE Industry Today (July 6, 2022)
Jul 05, 2022
Outlet Center Development Wakes Up After a Long Break
Jul 05, 2022
Newbies are Running Risks as They Flock to Triple-Net-Lease Assets
Jul 05, 2022
Are Investors Ready to Shop for REIT Bargains?
Jul 05, 2022
Featured
The 10 Best and 10 Worst States in Which to Retire in 2021
Jul 15, 2021
Poll: 15 Classic Books on Investing and the Markets
Apr 03, 2020
Fifteen Must-Listen Business Podcasts for Advisors
Aug 14, 2020
Celebrity Estates: Jay Leno and Planning for Classic Car Collections
Feb 22, 2022 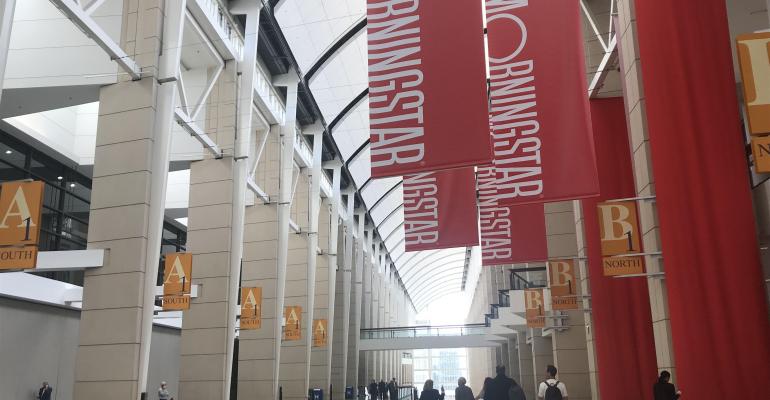 Morningstar Replaces Third-Party Funds with Their Own in Managed Portfolios

The company will begin converting assets to nine Morningstar funds approved by the SEC.

Morningstar plans to swap out third-party mutual funds in its managed portfolios for funds of their own, after regulators gave nine Morningstar funds the green light this week.

Since Morningstar filed for their own mutual funds late last year, critics have claimed the new vehicles created a potential conflict of interest between the researcher-turned-investment manager and investors. Morningstar said the decision to create and use its own funds will remove a layer of costs in the fee structure of its Managed Portfolios and give managers more flexibility.

Marta Norton, who manages the new Morningstar Alternatives Fund, said during Thursday’s call that financial advisors have been asking about the process to choose sub-advisors and assured listeners it was rigorous. Among the things considered when choosing managers, Norton said fund strategy and the durability of that strategy, expenses and management turnover are all important.

Sub-advisor candidates are also submitted to the broader Morningstar Investment Management group to be evaluated.

The Morningstar funds will also not receive qualitative or quantitative Morningstar ratings, at least to start. The company said once a fund has a three-year performance record, it will be eligible to receive the firm’s star rating, a measure based on a fund’s trailing risk-adjusted returns versus category peers.