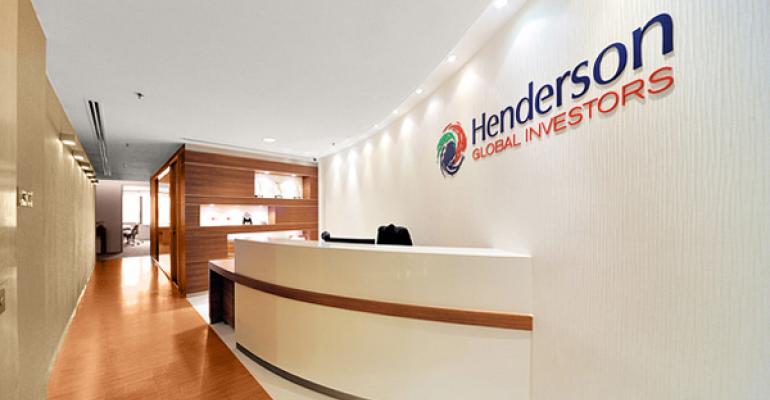 (Bloomberg) -- Henderson Group Plc and Janus Capital Group Inc. expect the largest growth in their combined funds management business will come from the U.S. after the two firms join together to create an asset manager overseeing more than $300 billion.

While the merged group will give customers access to a wider range of products in more countries, the bulk of the money manager’s growth will be in America, Henderson’s Chief Executive Officer Andrew Formica said at a briefing in Sydney on Thursday. The company will focus on providing more products in alternative asset classes that have less correlation to stock markets, according to Dick Weil, chief executive officer of Janus.

“The U.S. will continue to be the largest market for absolute growth,” Formica said.

London-based Henderson and Denver-based Janus are seeking to increase their share of a global funds management industry that PricewaterhouseCoopers LLP estimates will grow to more than $100 trillion by the end of this decade from about $64 trillion at present. Formica and Weil have sought to diversify their businesses through acquisitions, new fund offerings and overseas expansions to complement more traditional fixed-income and equity funds.

Janus’s union with Henderson is the biggest merger in the asset management industry this year, and may presage further deals as managers battle headwinds ranging from record-low interest rates to regulatory changes. Active managers specializing in stock and bond picking have also been losing market share to lower-fee passive investment firms as investors seek to cut costs.

Henderson, which has the majority of its assets in Europe, managed about 95 billion pounds ($116 billion) as of June 30. Janus, which counts North America as its biggest market, managed almost $195 billion. The new group will be known as Janus Henderson Global Investors.

“We’re absolutely convinced that with a better product lineup, better distribution, better financial strength, that we can deliver enhanced growth and better results for our clients,” Weil said at the briefing. Cost savings were not the key reason for tie-up, he said.

Speaking at the same event, the man who will be the combined group’s global head of fixed income, said that investors should be wary of risks surrounding the U.S. presidential election. Kumar Palghat, whose Sydney-based firm Kapstream Capital was acquired by Janus last year, said that while a victory by Donald Trump is not his base scenario, he is considering buying options on Treasuries, credit or the Japanese yen to guard against potential market moves that could result from a win by the Republican Party nominee on Nov. 8.

“I think you want some kind of insurance policy based on your views of what markets will do,” Palghat said.