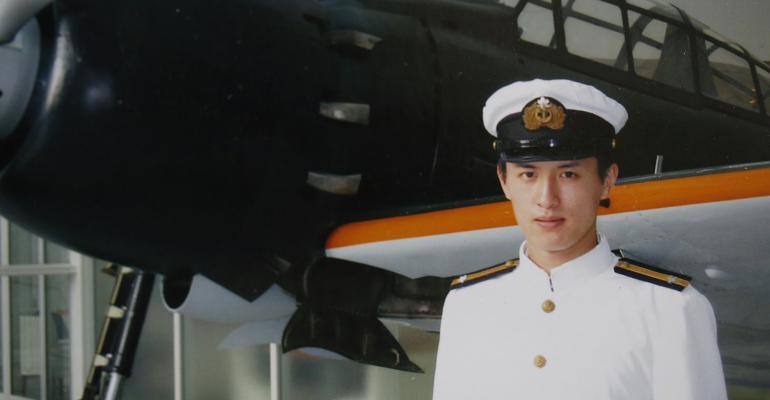 How a Part-Time Actor Got Lead Role at $2.6 Billion Stock Fund

(Bloomberg) -- Takahiro Kusakari went from being a self-described bum getting by on bit-part acting roles in Tokyo to calling the shots at a $2.6 billion stock fund.

His life changed in 2007 when the then 28-year-old stumbled into a seminar by the legendary investor Atsuto Sawakami, the founder of Japan’s biggest independent mutual fund. Sawakami saw a spark and later offered him a job. What followed was a meteoric ascent from back-office lackey to analyst, then fund manager and finally chief investment officer.

As it turns out, Kusakari’s lack of experience probably worked in his favor. His mentor has preached the gospel of long-term investing for more than four decades and says most people in finance don’t really get what the term means, so it made sense to turn to someone from outside the industry.

“He’s a rascal,” Sawakami said in an interview, using an affectionate Japanese term that parents reserve for headstrong children. “He makes his own decisions” without seeking a consensus, the 69-year-old said. “I gave him a back-office job and watched to see if he’d grow.”

Kusakari is a rare example of a person in Japan who diverged from a standard career path and then rose to the top of a profession. He’s also a case study in how a famous stock picker deals with the difficulty of passing on his life’s work.

And it is difficult, as both men found out. Investors pulled 64.1 billion yen ($639 million) from the Sawakami Fund in 2013, the year Kusakari took over. Outflows continued for two more years, bringing the total to 126.5 billion yen. While Kusakari says this was down to profit-taking in the world-beating stock rally under Prime Minister Shinzo Abe, others are not so sure.

“The founder stepped down, so I think they lost some impetus,” said Hideto Fujino, who runs the $1.9 billion asset manager Rheos Capital Works Inc. He says he sees Sawakami as the father of Japanese investing and his fund as a major rival. “Many investors had great trust in Sawakami himself.”

Kusakari graduated college with an architecture degree in 2001. Failing to find a job, he got by on theater acting gigs, TV commercials and modeling work. His biggest role was as a student drafted to be a kamikaze pilot in a play to commemorate the 60th anniversary of the end of World War II. “I was basically a bum,” he said.

As Kusakari watched his friends get wealthier in the boom years before the financial crisis, he decided to try again to get a full-time job and ended up landing a position as a mortgage broker. That got him interested in finance, which led him to Sawakami’s seminar.

“I was blown away,” Kusakari said. “Usually, people talk about making money and urge you to buy their fund, but he said that if we don’t make an effort now, it’s going to impact our children and grandchildren. He spoke about our responsibility as adults” to build capital for the future.

Less than three years after he started managing money, at the age of just 33, Kusakari took charge of one of Japan’s most famous investment vehicles.

The Sawakami Fund, which had more than 118,000 investors at the end of August, follows a value strategy: buy companies making products consumers will use in the future, add to holdings when everyone else is selling and trim when they’re buying. Its top picks are Toyota Motor Corp., Bridgestone Corp. and Nidec Corp., and it’s held most positions for more than a decade. The fund has a total return of 95 percent since its inception in 1999.

Just after becoming CIO in January 2013, as the outflows were starting, Kusakari decided to make his most dramatic shift from Sawakami’s approach. Without discussing it with Sawakami, he reduced the number of stocks the fund owns, from a peak of 358 before the financial crisis to about 100 today. That, he figured, would increase the chances of delivering better returns. It would also allow them to engage more with each company in the fund.

Sawakami “had a strong philosophy of investing money across the market, but for me it’s ultimately about comparing individual companies’ stocks and their corporate value,” Kusakari said.

His mentor is less enthusiastic.

“Kusakari is the CIO, so I have to let him do various things,” Sawakami said. “Children have to burn their fingers to learn. Because he’s managing customers’ precious money, I also have to be able to apply the brakes, but at the moment it’s fine. Even though you may think the fund has changed, the big things haven’t.”

Sawakami says Kusakari’s now part of the family, and the younger man’s single-mindedness reminds him of his own. Sawakami’s son Ryo has been president of the company since 2013, but he takes a different role, promoting the benefits of long-term investing to the public, while leaving Kusakari to manage the money.

While talking about short-term performance is seen as a sin at the fund’s Tokyo headquarters -- Sawakami has even refused to manage money from pension funds, saying they don’t give managers enough time to invest properly -- Kusakari hasn’t been doing too badly so far. He’s returned 4.9 percent over the past three years, beating about two-thirds of peers, according to data compiled by Bloomberg. And the exodus has finally stopped, with the fund posting net inflows this year.

Rheos Capital’s Fujino says it looks like Sawakami got his succession planning right, whether by luck or design. By stepping down just at the start of the Abenomics rally, the fund was able to cover the outflows by gains in the stocks it held, and Kusakari’s doing a good job despite his lack of experience, Fujino said.

Sawakami, for his part, says he won’t judge his protege’s performance until he’s five years to a decade into the role. Kusakari, meanwhile, knows that he has big shoes to fill, and that there’ll be no sympathy if he veers from the founder’s vision.

Asked what he’d do if this happens, Sawakami has little hesitation.