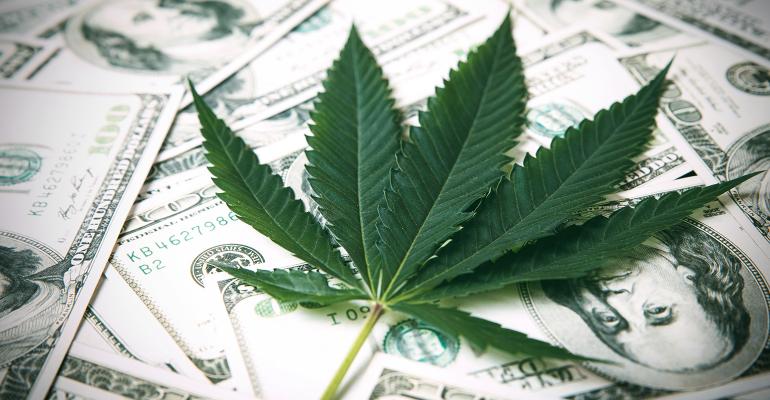 Fund News Advisors Can Use: A Good Week for Pot ETFs

This week in fund news: Cannabis ETFs become more attractive as legalization possibilities expand, a Democratic Party trifecta could be great for markets and some fundsters pull their political dollars in the wake of the violence at the U.S. Capitol.

Cannabis exchange traded funds reaped the benefits of the election last week, on hopes that a majority Democratic Congress would likely bode well for the future legalization of marijuana. New York Gov. Andrew Cuomo also announced plans this week to legalize the adult use of marijuana in the state.

“The election results have created an even stronger environment for cannabis investing, and there is significant momentum behind the industry as domestic and global catalysts continuously fall into place,” said Sam Masucci, CEO of ETF Managers Group, the issuer of the MJ ETF. “As the industry continues to evolve at a tremendous rate, MJ remains as the proxy for U.S. investors looking to invest in global cannabis.”

What a Democratic Trifecta Means for Markets

In his latest “Investment Policy Notes,” Sam Stovall, chief investment strategist at CFRA Research, said a Democratic trifecta—with a Democratic president and unified Democratic Congress—was not unusual, and that the stock market tends to outperform in those situations.

“Indeed, all eight Democratic Presidents since 1900 served their first two years in office accompanied by a Democratic-controlled House and Senate,” he said. “In addition, the stock market posted above-average performances during the first year of Democratic ‘trifectas,’ rising in six of eight times (75%), and gaining an average 11.3% in price.”

In an analysis of what a Democratic sweep could mean, Morningstar Head of Policy Research Aron Szapiro said the biggest effect would likely be an increase in the corporate business tax rate to up to 28%.

Some Fundsters Halt Political Donations in Wake of Capitol Riot

Some fund companies and major financial services firms have stopped contributing to political campaigns in response to the violence at the U.S. Capitol building last week. BlackRock, Goldman Sachs, Citigroup, Morgan Stanley and JPMorgan Chase & Co. are among those that have halted donations, according to reports by Bloomberg. Charles Schwab also announced it would no longer contribute through its political action committee for the rest of 2021.

“This pause will give the firm an opportunity to evaluate the best path forward to fulfill our long-standing commitment to advocate on behalf of individual investors and those who serve them,” the firm said in a statement.

“Our elected leaders must call for a swift, clear end to the violence so that Congress can fulfill its constitutional duties and our nation can continue toward the peaceful transition of power to President-elect Biden on January 20,” said Investment Company Institute President and CEO Eric J. Pan, in a statement.

“As one of our fastest-growing businesses, models are a priority for us, with $45 billion in total assets currently across wealth managers,” said Kris Spazafumo, vice president of model portfolio business development at Capital Group.

“What the uncertainty in the markets has taught us this past year is that advisors, more than ever, are seeking efficiencies in their practice so they can spend more time with their clients. We’ve also heard from advisors across the industry that building and monitoring resilient portfolios is more difficult than ever.”

Alternative investments manager Hamilton Lane has launched a new 40 Act fund that will bring its private equity and private credit strategies to a wider pool of investors. The Hamilton Lane Private Assets Fund, a closed-end fund, will be available to qualified U.S. clients with a minimum $50,000 investment.

The fund allows for monthly subscriptions and will offer a quarterly tender to provide limited liquidity. It will feature 1099 tax reporting, and will invest in a mix of secondaries, direct investments and co-investments in credit and equity across geographies, industries, vintages and general partners.