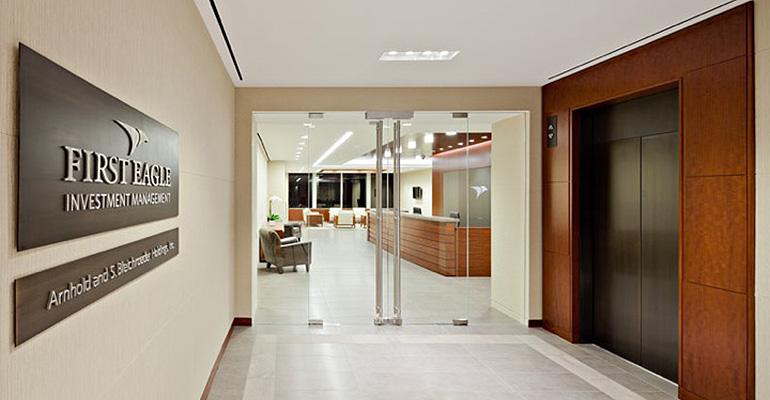 Plaintiffs claimed First Eagle charged them more than what it made as a subadvisor for a similar fund. On Wednesday, they dismissed the action with prejudice.

A U.S. district court case against First Eagle Investment Management related to claims of exorbitant mutual fund fees has been dismissed, according to court documents.

The investment trusts for Lynn M. Kennis and Ronald J. Kennis filed the suit against the asset manager in a Delaware district court in May 2014, claiming that advisory fees in its First Eagle Global Fund and First Eagle Overseas Fund were excessive and more than what the firm charged as a subadvisor for an unaffiliated mutual fund.

“Defendant breached its fiduciary duty under Section 36(b) by charging investment advisory fees to the Overseas Fund that are so disproportionately large that they bear no reasonable relationship to the value of the services provided by Defendant and could not have been the product of arm’s-length bargaining,” the complaint said.

In the last year, First Eagle submitted 750,000 pages of documents during the discovery process, including documents related to the profitability of the funds, the range of fees paid by other clients, and information about the subadvised fund. On Wednesday, the plaintiffs filed to dismiss the action with prejudice, citing their review of the materials as the reason. Each side will pay their own costs and attorneys’ fees.

“We are pleased that the plaintiffs in the case Kennis Trust vs. First Eagle Investment Management, LLC, have voluntarily decided to drop all claims in the lawsuit, which we believe had no merit,” First Eagle said in a statement. “We remain confident in First Eagle’s fund management governance, and the careful process followed by the independent mutual fund board that reviews and approves the funds’ fees.”

A week ago, the case was assigned a new judge, who set the trial date for March 2018.

“The parties would have to go forward with expert discovery on an accelerated basis, and they’d have to put real money into the case, I think,” said Lori Martin, partner at WilmerHale, an attorney for First Eagle.

The plaintiffs claimed that in fiscal year 2013, they paid $403 million in advisory fees, or 75 basis points on their assets under management. The plaintiffs argued that despite the fact that their assets were increasing, First Eagle didn’t share the benefits of economies of scale.

“The plaintiffs have said, ‘If you’re managing money for somebody at a different fee than you’re managing the mutual fund, it’s got to be a breach of fiduciary duty,’” said Martin. “That claim is just flawed because it doesn’t take into account that a mutual fund advisor has a board—a subadvisor does not, that it has cash management for daily inflows and outflows—a subadvisor does not do that. It has compliance oversight, it has a variety of functions for running a registered mutual fund that running a separate account or subadvised account does not entail.”

The plaintiffs' attorneys did not respond to a request for comment.

There are currently 24 different lawsuits out there claiming excessive mutual fund fees. In May 2016, investors in T. Rowe Price funds filed a suit, alleging the firm overcharged them by $388 million. Similar cases have been brought against BlackRock, PIMCO and AXA, which prevailed. Plaintiffs in the BlackRock suit have also filed to dismiss the case in June.