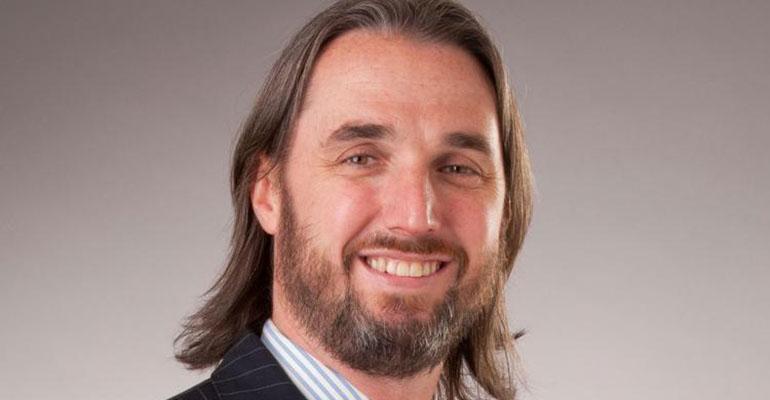 Jeffrey Sherman, Gundlach’s No. 2, is the front man for DoubleLine’s biggest equity fund, its top asset gatherer of late.

(Bloomberg) --It’s not easy to outdo your boss, particularly when your boss is Jeffrey Gundlach, the bond savant of DoubleLine Capital LP.

But that’s exactly what DoubleLine’s other Jeffrey -- the nice Jeffrey -- has been doing lately.

Jeffrey Sherman, Gundlach’s No. 2, is the front man for DoubleLine’s biggest equity fund, its top asset gatherer of late. Sherman vetted the fund strategy and co-manages the portfolio with Gundlach, not only beating the S&P 500 since late 2013, but doing it without directly owning stocks. Instead, it’s invested in a mix of bonds and derivatives targeting undervalued industries in the index.

“People used to say, ‘What does Gundlach think? What does DoubleLine think?’” Gundlach told Bloomberg News earlier this month. “Now they’ll say, ‘Sherman, what do you think?’ And that’s great.”

Sherman, by many accounts, is the easy-going yin to Gundlach’s feisty yang. Gundlach, 57, promoted him last year as part of a running effort to push Los Angeles-based DoubleLine beyond its fixed-income niche and prove that the $111 billion firm isn’t a one-man show. Gundlach has seen up close what can happen when a firm loses its shining star. His 2009 ouster from TCW Group, where he oversaw half of the assets, led to massive outflows. And after Pacific Investment Management Co. ousted Bill Gross, Gundlach’s longtime competitor, an estimated $350 billion went out the door. A sobering reminder of the need for succession planning came a year ago when DoubleLine’s Bonnie Baha was struck fatally by a car while crossing a street.

Sherman, 40, is hardly to the manor born. The son of a truck driver and a bookkeeper, he grew up in the cattle and oil hub of Bakersfield, California, before studying math on a scholarship at University of the Pacific. His first job was running the scoreboard for the Stockton Ports, a minor league baseball team.

“Stumbling is a great descriptor of how I got here,” Sherman said on one of his “Sherman Show” podcasts for DoubleLine. He declined to be interviewed for this article.

After collecting a master’s degree in financial engineering at Claremont Graduate University, Sherman joined TCW Group, where Gundlach was already a star. After TCW fired Gundlach in 2009, Sherman was among about 40 financial professionals who left to help form DoubleLine. He was promoted to deputy CIO in June of last year.

The $4.28 billion CAPE Fund was up 13 percent this year through Wednesday, tops among the 90 funds with at least $1 billion in assets in the Bloomberg large-cap value category. Money has poured in. In the past year alone, the fund’s assets have more than tripled. Sherman’s outsized gains partly reflect the fund’s unusual, rules-based approach. It first identifies the five cheapest industry sectors in the S&P 500 based on their cyclically adjusted price-to-earnings, or CAPE, ratios, a methodology that tracks a long-term historical average for inflation-adjusted earnings developed by 2013 Nobel laureate Robert Shiller. Then the fund throws out the sector with the least momentum.

The twist is how the fund actually gets exposure to those stock sectors. Instead of purchasing shares, it invests in a basket designed by Sherman of short- and intermediate-term bonds, which are used as collateral to enter swaps contracts that provide returns consistent with the selected industries. The CAPE fund in effect uses the same money twice, earning interest on the bonds while capturing equity returns. Sherman calls it DoubleLine’s “double value proposition.” The fund has outgained the Barclays ETN+ Shiller CAPE ETN, which uses a similar strategy without a fixed-income kicker. Of course, there hasn’t been a major market downturn since the CAPE fund’s inception. And not all of Sherman’s ideas have panned out. His Strategic Commodity Fund, which takes long and short positions in commodity-related investments, has lost 4.6 percent since it launched in May 2015. That beat its benchmark, the Bloomberg Commodity Index, but failed to attract investors. Assets fell to $28 million from a peak of $36 million last July.

Still, Sherman’s rise to deputy CIO comes at a key moment. Even though Gundlach has continued to beat benchmarks, his Total Return Bond Fund -- by far the biggest among DoubleLine’s offerings -- suffered net outflows of $8.4 billion in the 12 months through July, almost as much as the combined inflows to the firm’s other funds, according to Bloomberg estimates.

Amid those withdrawals, Gundlach has taken to Twitter to criticize “haters” and “fake news,” railing against Business Insider, CNBC, Bloomberg and, recently, the Wall Street Journal. He accused an unnamed competitor “in utter turmoil” of planting a “phony narrative” about DoubleLine. The firm has denied repeated requests from Morningstar for certain information on the Total Return fund’s strategies and personnel, preventing the research company from considering it for a medal rating, according to a July note.

“Questions remain regarding risk controls, firm culture, and details around succession planning,” Morningstar’s Sarah Bush wrote. “The firm appears to have begun to address succession and key-person risk by promoting Jeffrey Sherman to deputy CIO in 2016, but it is still unclear how the many responsibilities of founder Jeffrey Gundlach would be handled should he step down from the firm, an admittedly unlikely event.”

Nazeeh Aranki, a DoubleLine Total Return investor since 2010, added the CAPE fund to his portfolio this year.

“Gundlach, he’s very assertive,” said Aranki, who advises clients with about $55 million at Western International Securities. “He speaks with very high confidence, like he knows it all. Sherman is a little more humble and more pleasant.”

Even Gundlach concedes that Sherman comes across as more congenial.

“They like him more than me, which is great,” Gundlach told Bloomberg.