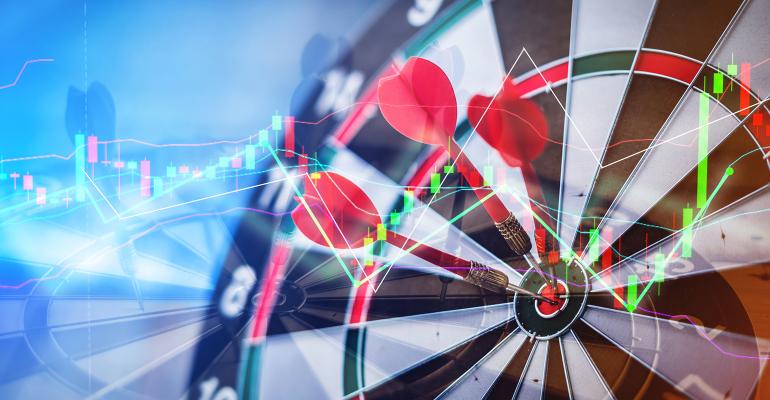 Don't Mourn the Death of Stock-Picking Just Yet

The demise of active management has been greatly exaggerated.

(Bloomberg View) --Depending upon which article you read, active stock management is either dying, dead or making a comeback.

The truth, as usual, is more nuanced than the headlines suggest.

Let’s start with the obvious: Active management, defined as selecting stocks or holding cash in an effort to surpass some benchmark, has been losing adherents. Some people want to extrapolate this trend and conclude that stock picking is going away. The reality is that active management is changing, but probably isn't going to disappear.

Let’s consider how we got here.

First, lots of evidence has accumulated during the past few decades that beating the market -- or more precisely, a specific, relevant benchmark -- on a consistent basis, after fees and taxes, is even harder than most people once believed. This has become widely accepted among both professional investors and individuals.

Second, we have a much greater understanding of how human behavior affects performance. We know that people simply are not built for investing. This makes the case for low-cost index investing even more compelling.

Third, quantitative studies are suggesting that much of the success of active investing is explained by classic Fama-French factors, meaning picking stocks based on things such as size, value, profitability and so on. If it turns out that the successful and highly paid stock pickers of the past were really just closet factor-investors, there are much cheaper ways to purchase that same performance today (smart-beta and exchange-traded funds). There are trillions of dollars in various forms that rely on strategies based on Fama-French factors.

Next, the past decade has been an especially difficult time for active managers. The Federal Reserve's response to the financial crisis and ensuing recession, mainly quantitative easing through asset purchases and ultra-low interest rates, has confused many professional investors; they were by and large unprepared for either the market crash or the rapid price recovery after. A long bull market usually has people ignoring fees and relative performance, but we have yet to see that occur this time.

Last, there is still some degree of post-crisis market trauma. Investors have become fatigued by repeated market crashes, scandals, the real-estate booms and busts -- all culminating in the Great Recession. The so-called dumb money has had enough and gone home -- or more precisely, gone to Vanguard Group Inc. and BlackRock Inc., two of the biggest overseers of passive index investment funds. The thrill of picking stocks seems to be gone.

Add to all of the above the drag that high fees exert on returns and you have the basis for rational decision makers to seek out an alternative to expensive active management.

I suspect we may be overlooking one more simple explanation about why more investors have embraced low-cost indexing: Active investing had simply become way too large to sustain itself. There have been too many active equity funds -- more than 2,600 mutual funds, according to data from S&P Dow Jones Indices, and more than 11,000 hedge funds, according to the database of Hedge Fund Research -- to be viable.

As Vanguard Chairman and Chief Executive Officer William McNabb recently said, the surge in the number of chartered financial analysts (CFAs) may have created “an increasingly crowded space of professionals all trying to beat the market.” For decades, industry compensation was so high that it attracted lots of smart, well-educated people. It was only a matter of time before the available alpha -- or investments that yield above-market returns -- was competed away.

The portion of the money management industry that chases alpha is now in the process of being right-sized, as the corporate spin-meisters like to say when their employers fire people. S&P Dow Jones Indices noted last year that funds are disappearing “at a meaningful rate. Over the five-year period, nearly 21% of domestic equity funds, 21% of global/international equity funds, and 14% of fixed income funds were merged or liquidated.” Hedge funds have been closing as well.

Legendary stock picker Bill Miller says he thinks the industry is only halfway through the shift from active to passive. If he is correct, the active side of Wall Street will be smaller --- and quite possibly a lot smaller -- than it is today.

When the shakeout is over, there will be fewer active equity funds, but a higher percentage of them will have a shot at beating their benchmarks. So the death notices for active management are likely overhyped and surely premature.