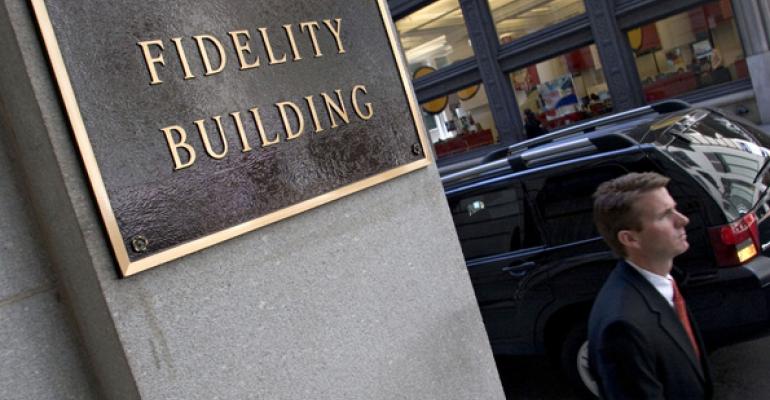 Sure, discount brokers are entitled like other businesses to sell products that make them the most money, but that’s not what they tell investors.

(Bloomberg Gadfly) --For those who think a fiduciary-type rule is unnecessary, think again.

According to the Journal, for example, “Fidelity representatives are paid 0.04 percent of the assets clients invest in most types of mutual funds and exchange-traded funds,” but they earn 0.1 percent on investments that “generate higher annual fees for Fidelity, such as managed accounts, annuities and referrals to independent financial advisers.”

It’s hardly necessary to point out why such a compensation scheme is problematic. It means that representatives of broker dealers 1) are conflicted when giving investment advice to investors, and 2) have an incentive to recommend costlier investments over cheaper ones.

Sure, discount brokers are entitled like other businesses to sell products that make them the most money, but that’s not what they tell investors. For decades, discount brokers have marketed themselves as an alternative to the widespread conflicts on Wall Street. Schwab fancies its people “champions of investors” and says it “challenges the status quo” by putting “clients first.” Fidelity prides itself on “acting in good faith” and in its “customers’ best interests.” And TD says it “provides transparency for all client interactions.” Meanwhile, the conflicts are buried in fine print on their websites. Discount brokers don’t require their representatives to talk about pay incentives with clients, according to the Journal, and for good reason. Investors are more likely to buy investment products from “financial consultants” -- as some discount brokers call their representatives -- who purport to act in their best interests than from salespeople who push investments that are most lucrative for the firm and themselves.

What’s most alarming is that discount brokers insist that nothing is amiss. Andrew Tappe, executive vice president at Fidelity, told the Journal that the firm has internal controls in place to monitor improper conduct. But that’s hardly the point -- it’s the conduct that Fidelity and other discount brokers deem perfectly proper that’s worrisome. Namely, pretending to act in their clients’ best interests while giving conflicted advice.

Which brings us to the Department of Labor’s fiduciary rule. As the name implies, the rule requires brokers to act as fiduciaries -- to put their clients’ interests ahead of their own -- when handling retirement accounts. But the rule goes further. Among other things, it prohibits brokers from taking money from funds they recommend to retirement savers unless they disclose the conflict.

The fiduciary rule recognizes that merely holding brokers to a fiduciary standard likely isn’t enough because the financial incentives for obfuscating conflicts are too strong. These latest revelations of conflicts at discount brokers are a useful reminder that financial firms aren’t likely to come clean unless they’re forced to.

The Labor Department has postponed full implementation of the fiduciary rule until July 1, 2019, and critics of the rule may succeed in squashing it before then. Even so, the issue of conflicts isn’t going away. The Securities and Exchange Commission is working on a fiduciary-type rule that would apply to all brokerage accounts, not just retirement ones.

At the very least, the SEC should require financial firms to 1) prohibit compensation structures that pay representatives more for selling pricier investment products, or 2) obtain a written acknowledgment from clients that representatives explained the conflict of interest to their satisfaction.

In fairness, the big discount brokers are sprawling and diverse companies, and these conflicts relate to just a fraction of their operations. (My asset-management firm, for example, uses both TD and Schwab to custody assets for investors.)

Still, discount brokers should clean up their conflicts. They owe it to their clients to live up to their advertisements.