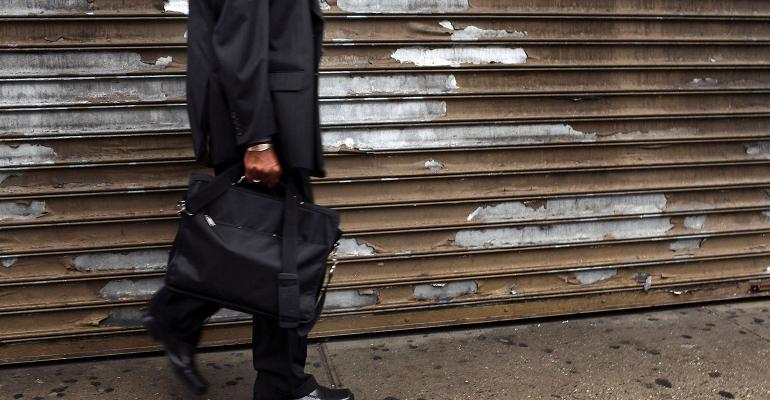 We all know that family background matters, but the connections are sometimes surprising.

At first that seems counterintuitive, because we are not used to the idea that people from more disadvantaged backgrounds should do better in life. But it makes sense, at least potentially.

Most individuals from less wealthy backgrounds don’t get to be mutual fund managers at all, and so as an entire class they do underperform. But if they do become fund managers, that may indicate superior smarts and hustle and eventually higher returns. Those from wealthier families, in contrast, maybe had to work less hard and be less smart to get those posts, and that may be reflected in their subsequent performance.

This hypothesis is supported by several features of the data.  For instance, the managers from wealthier families had a higher dispersion of returns. In other words, some of them did very, very well but others were lemons. That distribution is a classic sign of a relatively loose quality filter, and on strictly meritocratic grounds some of those managers probably didn’t deserve to be there.

Along those lines, the data show also that the fund managers from the wealthier families were more likely to receive promotions when their returns were subpar. The returns of the managers from the poorer families were much more tightly bunched, which is consistent with the notion that they passed through much tougher quality filters. They had to be pretty good, or they just wouldn’t get anywhere, and that means nearly all of them were pretty good.

So does this mean you should drop everything and seek out fund managers with a working-class background or rough demeanor, or perhaps those you see mishandling a salad fork? Not quite. Like any study, this one has its limitations.

Perhaps most importantly, the study considers only fund managers who were born in or before 1945; for younger fund managers, the U.S. Census Bureau has not yet released the still-confidential data on the incomes of their parents. (The researchers end up with 357 fund managers for their study of the 1975 to 2012 period.) It is possible that these differences in performance simply do not hold for younger managers, who of course are becoming a larger portion of the sector all the time.

Second, the model finds higher returns even after adjusting for risk, using a standard four-factor model. But the proper adjustment for risk is a murky matter, and it is possible that the fund managers from poorer backgrounds are employing riskier strategies in a way that is hard to measure. After all, maybe they have less to lose from failure. The authors find also that those same fund managers trade more, have shorter holding horizons, and show weaker tendencies to herd with the other fund managers. All of these indicators suggest that you are getting a manager with a less conformist view of the world, which sometimes may pay off but also may imply higher risk.

The superior returns of the managers from less wealthy families also may just mean that those individuals ended up in less established segments of asset markets during a time when quirky strategies worked better than average. That regularity may or may not hold in the future.

Despite all these caveats, Chuprinin and Sosyura nonetheless have found a striking result worthy of further study. So far, this effect seems to be unknown to the market – the authors find that investors do not look to the family backgrounds of managers to decide where to put their funds. At the very least, America’s top business schools ought to consider accepting more marginal candidates from poorer socioeconomic backgrounds.

If you think about it, the mechanisms that may be at work here have been discussed for a long time. For instance, you’ll often hear it said that a woman or member of a minority group who rose to a top position during especially discriminatory times is likely to be exceptionally talented.

Should you favor doctors and dentists on this basis? How about writers? Have I mentioned that my father never went to college?

To contact the author of this story:
Tyler Cowen at [email protected]